01 May 2016
East United and Thorfinn success in Whitedale tournament 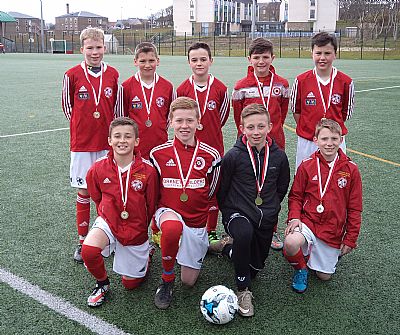 There was an excellent turnout of 16 teams involving over 160 players at the annual 7-a-side tournament, with visiting Shetland club Whitedale played at the KGS All Weather Pitch yesterday afternoon. This included three teams from the visitors and a first appearance from Kirkwall side Wanderers who have just established a youth set up. Two leagues were played and after 4½ hours of exciting and closely fought football matches both leagues were decided in the closing matches.

In the A League Stromness A went into their final match against Dounby A needing a win to pip East United A to victory, but their west neighbours defended well and held out for a goalless draw to hand the title to East by a single point. As the only club to finish the league undefeated, this was a deserved victory for East.

Congratulation to both East United A and Thorfinn C on their success, and thanks to Whitedale for making their annual visit and contributing to such an exciting competition. For the Shetland visitors, the Whitedale B team performed very well and were unbeaten in the B League finishing in second place.

Finally, it was a very promising start for newcomers Wanderers who won three of their matches and finished a very creditable fifth place in the B League. 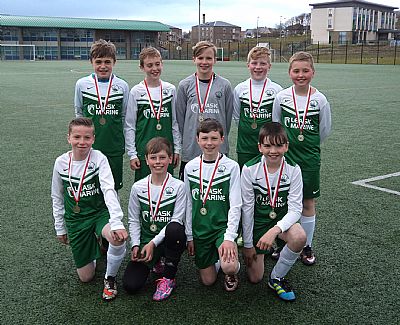