The Flotta Terminal Tournament was held on Saturday 7th/Sunday 8th September with Lerwick Rangers, Lerwick Thistle and TSB making the trip south from Shetland bringing a total of five teams between them. A further ten Orkney teams competed in two leagues for the Flotta Cup and Flotta Shield. This competition for Under 12’s is named in recognition of the much appreciated support by the Flotta Terminal workforce and John Manson for OYDG.  In a thrilling final match in the A League between the two Lerwick sides it was Thistle who came from behind to win and lift the Flotta Cup. In the B League it was Lerwick Rangers B that took the title over Hotspurs Grey by a single point. OYDG would like to thank Graham Grieve representing Flotta for presenting the Flotta Cup and Shield. Congratulations to the two Lerwick clubs and to all the Shetland players, coaches and supporters for making the journey to Orkney and helping to make and memorable and enjoyable weekend of football for all the youngsters. 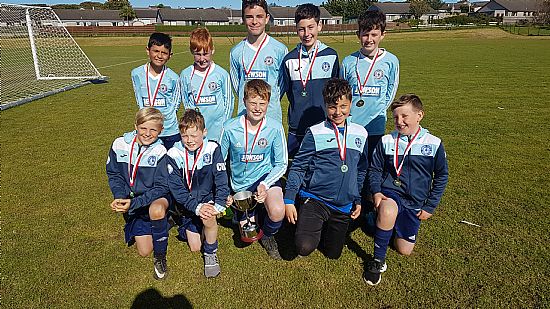 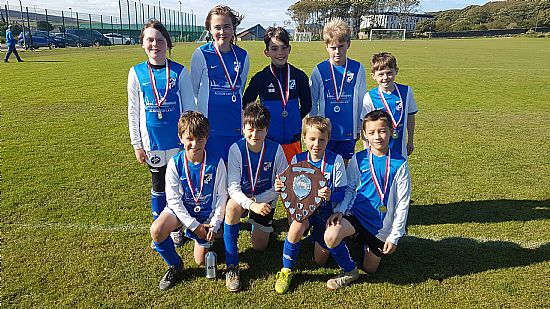 Lerwick Rangers B pictured with the Flotta Shield

This competition was played over both Saturday and Sunday 8/9 September. We were very happy to welcome down 3 clubs from Shetland bringing a total of 7 teams between them for this annual competition. A further 14 Orkney teams competed with them in two leagues for the new Flotta Cup and Flotta Shield. This competition for Under 12’s was previously known as The Lerwick Rangers Tournament but has been renamed the Flotta Terminal Tournament in recognition of their much-appreciated continued support of the OYDG.

There was some great football and very competitive matches played in both leagues with very tight matches throughout. Indeed, going into the last round of matches in the A league there were 5 teams that could have walked off with the title! After the first round of games it was Whitedale and Dounby leading the way with three wins in four games, with only 3 points separating the next 5 clubs. With no easy matches any team was looking capable of gaining results from every match. On day 2 Dounby couldn’t quite keep up their challenge and Lerwick Rangers and East United A were the clubs emerging as the challengers to Whitedale. Requiring two wins in their last two games, Whitedale proved capable of handling the pressure and finished off the tournament as deserved champions.

The B league was still equally close between most teams, and with a number of the Orkney squads changing from day one to day two with a variety of other sporting events it was most unpredictable. Overnight leaders Hotspurs Yellows suffered a couple of early set backs on Sunday and were pulled back into the chasing group. In the end, there were 6 teams finishing within 5 points of each other for second place. However, the outstanding champions who stretched away to a comfortable title on Sunday were Wanderers, claiming their first ever silverware at this level.

The OYDG would like to thank Mike Stott representing Flotta for presenting the new  Flotta Cup to Whitedale and the Flotta Shield to Wanderers.

Congratulations to all the players involved for making it such an excellent footballing weekend; and a big thank you to all the parents, families and coaches for their support throughout the whole tournament. A special thank you to our youngsters.  Jack, Jamie Barber, Ewan Foubister and Leah Hamilton for all their help during both days. 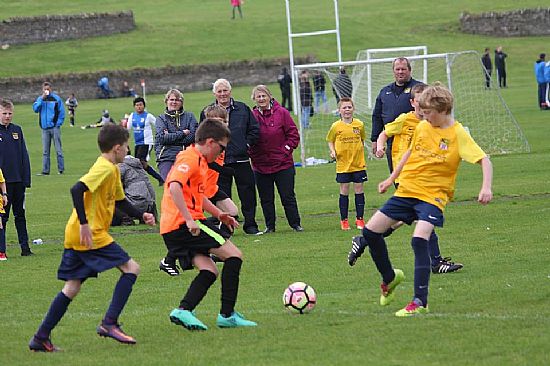 An incredible ££1339.59 was raised for the club over the 2 days through their tremendous efforts in providing the bottles for the bottle stall, homebakes and sandwiches. The OYDG are also indebted to the following, of whom it would not have been possible to raise such an incredible amount;

Donaldson's of Orkney for the BBQ; Sinclairs Sweets, Lidl, J W Gray, Leask Marine, Mills Filling Station Sheila Fleets, W Hourstons, Restart and the Kemp /Donaldson Family.  Grateful thanks to all the parents of the young footballers and the football clubs, Brian Lani and  The Orkney Rugby Club, Hotspurs and Linklater Engineering,  Picky Staff, WRC  and of course all the refs and club members for their invaluable help. A tremendous effort by all involved and finally to all the spectators who came and supported all the clubs and to the 200 youngsters who took part, providing superb football and great sportsmanship thus making the two days thoroughly enjoyable and a great success. 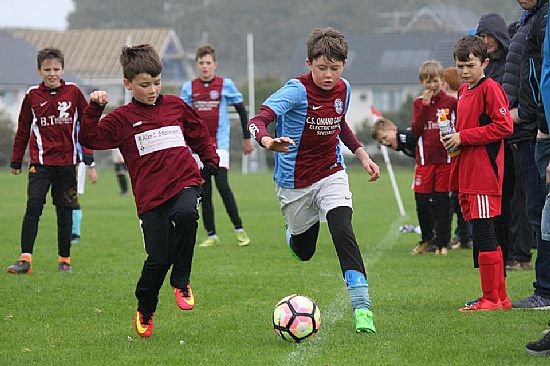 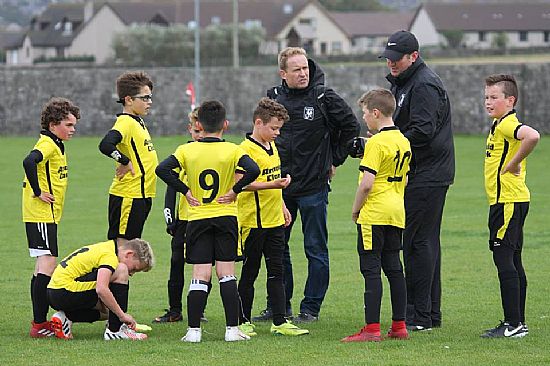