Saturday 20th March saw the final evening of the Hourstons Indoor 4’s competition. This indoor futsal tournament is divided into two competitions, one for S1/2 players and one for S3/4 players, representing their clubs. The competition has also evolved into a league competition held over 5 Saturday nights throughout the winter months.

Despite various Covid affected weeks throughout this period, all fixtures managed to be played and both competitions went into the final week with still some questions over the final outcomes. The S3/4 league is a futsal tournament played in larger goals with 20 minute matches. Both East United A and Stromness City went into the final round of games unbeaten with only 1 draw each. Their match in the final week proved to be the title decider, and Stromness City proved too strong on the night for the East United team. 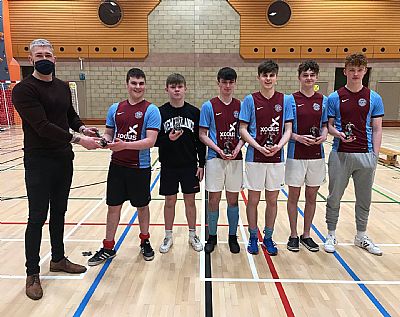 As always, our thanks go to many people including our long-term sponsors W Hourston Jeweller for their continued support, Pickaquoy Centre for their great facilities and to all coaches, parents, players and officials for their support and sportsmanship throughout the season.

Round 1 of the S3/4 Hourston Indoor 4’s was held on Saturday 30th November.

In the S3/4 format there are 8 teams from 4 clubs who all play each other once on a larger pitch using the futsal form of the game. East United ‘B’ have taken the lead with 2 wins on the night with 2 very close matches with Dounby ‘A’ and their club mate in East United ‘A’. In possibly the surprise of the night, Dounby ‘A’ went on to suffer a second defeat, this time to their younger club mates in Dounby ‘C’. It was a deserved victory for the S3 team who looked quicker and hungrier and better adapted to this form of the game. Dounby ‘C’ were also involved in probably the hottest contest of the night in playing out a 3-3 draw with Stromness. Stromness twice looked as though they had won the game but a very tight call for a goal, and a late penalty allowed Dounby the chance to equalise. Stromness join Dounby on 4 points with a victory over Wanderers, who also were defeated by East United ‘A’ but gradually were warming up to the format as the night went on.

Yet to play are another Dounby side and Hotspurs, both teams having a night off in the first week. Next fixtures are to be played on 18th January from 6pm.

Stromness A won the 2019 Hourston’s 4’s S3/4 tournament played at Stromness Academy on Saturday 16th March. They played some fantastic football all night and were pushed all the way in a thrilling final by East United A, winning 4-3 with the only goal in extra time. 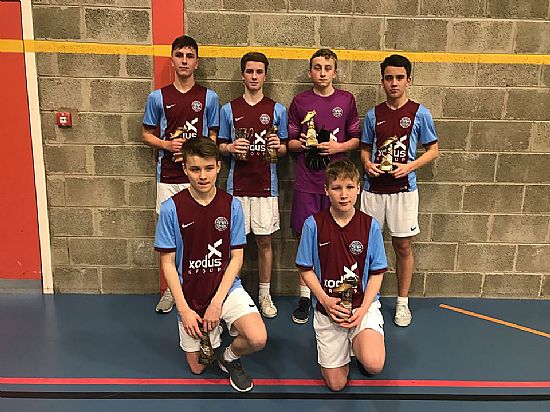 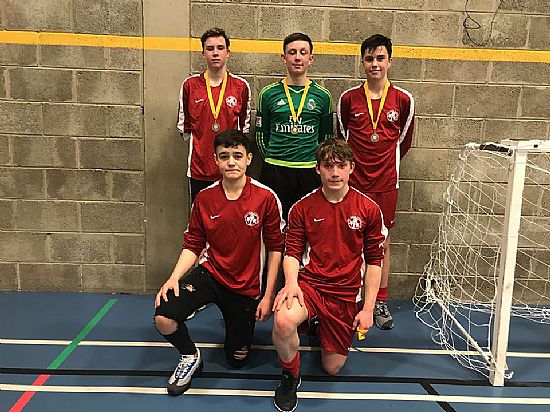 Runners Up, East United A