Orkney U11 squad travelled down to Dingwall and Inverness on the weekend of 5/6 October for their final trip and matches of the year. Ross County kicked the weekend off well, providing tickets for their exciting 2-2 draw with St Johnstone, with the youngsters enjoying the action and making plenty of noise in supporting The Staggies. Following this there was a training session in the Highland Football Academy to put some finishing touches on the game plans for Sunday. 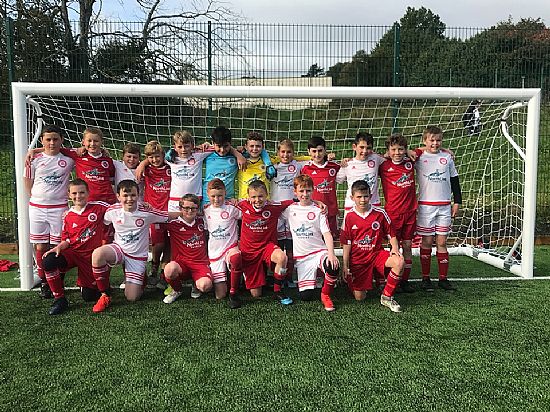 Under 11's pictured in Inverness

The first matches played were against two strong Inverness Clach teams. Orkney split into their successful Red team and White team from their earlier trip to Shetland and prepared for their hour-long games but playing a slightly different format of 8-a-side.

Both Orkney teams started slowly, going a goal down very early on. Once the Reds settled into the game, moving the ball, it became a really good test for this squad of players.  William Corrigall scored the first goal for Orkney and this then helped to settle the nerves.  With confidence that they could compete in this game, they grew in stature.  The boys started to dominate the game, playing some really nice triangle passes and looking very dangerous in attack.  The overall score was a convincing 5-3 score to Orkney with goals from Kian Vendy, Ronan Hamilton, Hunter Swanney and a brace from William Corrigall.  An overall good team performance from back to front with some strong tackles, good defending and quick front play giving the reds a much deserved win.

Orkney Whites also settled but never gained the same control as the Reds team. However, this made for a thrilling match, with Kyle Scott twice equalising for Orkney before Harvey Johnstone put them 3-2 up, then Francis Johnston looked to have won it with a top-corner screamer for 4-3 before being pegged back in added time. Some great saves from Tom Mehmi were at times as good as the goals scored in keeping Orkney Whites in the match.

These were great matches to play and we are very grateful to Inverness Clach for hosting us and agreeing to play the games. However, no rest! A quick lunch and up the road to play two more competitive teams in Wick and Thurso. 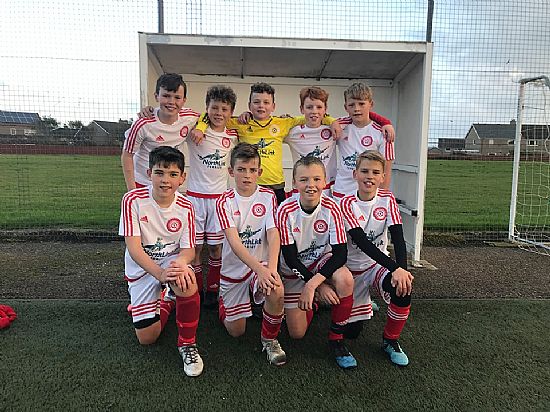 Orkney were mixed up for these matches and started strongly in each of the first two games. The Whites had a very even match against Thurso, with Kyle Scott scoring a belter and Ian Moar helping to keep the lead in goals. Thurso scored a deserved equaliser and neither team could force a winner. The Reds had an equally exciting game against Wick, again going a goal down early on but then getting control of the game and doing everything but scoring. Eventually the equaliser came from William Corrigall (again) and it looked like Orkney Reds who were the most likely to go on and win but Wick broke away to score the winner close to time. 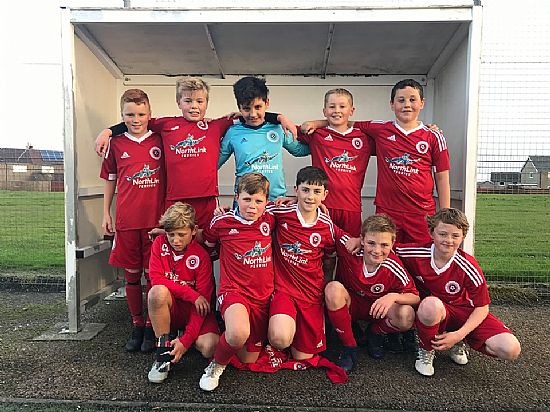 In the reverse fixtures both Orkney teams seemed to be tiring in their 3rd match of the day, but Whites again managed a draw after good early play and a Hunter Swanney long range effort. However, after a good start again, Reds found themselves caught on a counter attack and went 1-0 down. Ronan Hamilton manged to force an equaliser before Thurso’s quick striker broke again, leaving Reds disappointed with another defeat.

However, it had been a great weekend away and all the players thoroughly enjoyed the whole experience. Thanks once again to Northlink for their travel support, and all of our other kind sponsors of trips for this year. You have certainly all made a difference to our youngsters footballing year and experience. 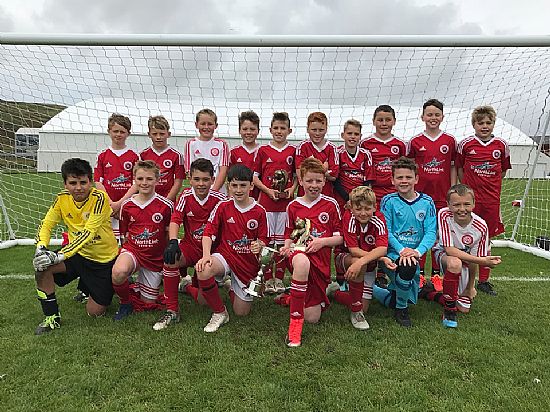 Under 11's pictured in Lerwick, after beating Shetland, 2 September 2019