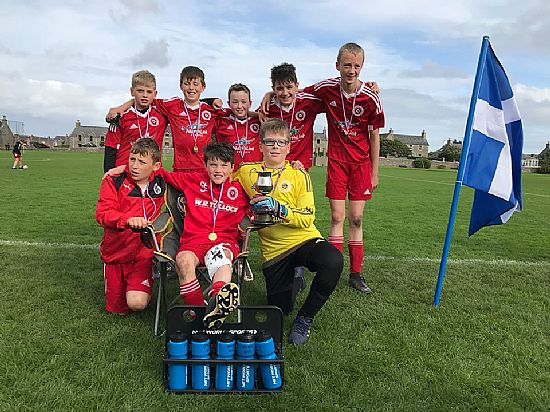 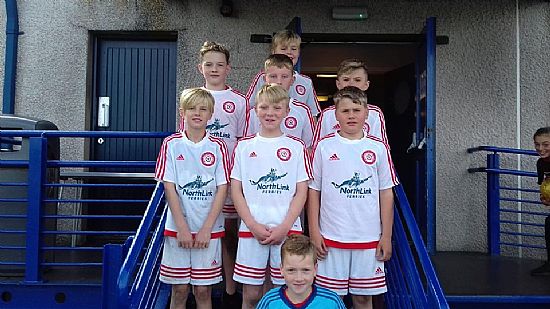 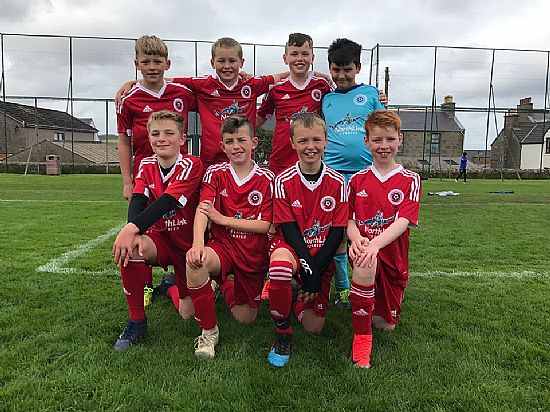 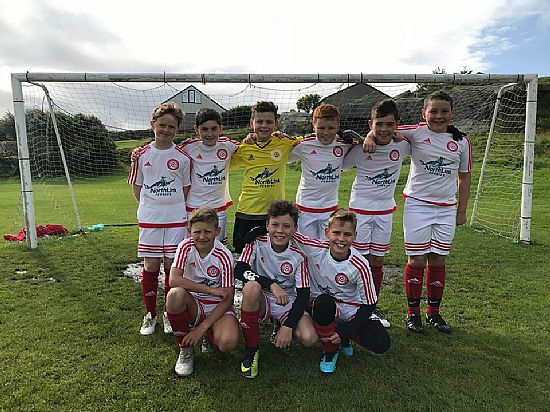 On Saturday 25 August the Under 11 and Under 12 squads travelled to Shetland to take part in the Andromeda Cup tournament played on the Sunday 3rd at the Gilbertson Park.

The tournament was split into two groups with Orkney U11 & U12 Whites and U12 Reds in the same group. They each played five games with the top two teams going into semi-finals then a final to decide a winner of the Andromeda cup. The quality of play from both teams and sportsmanship presented by all boys during this tournament was impressive.

The U12 Red team consisted of Brogan Russell, Aiden Cooper, Alex Scarth, Tommy Stockan, Robert Adamson, Fraser Burton, Josh Shirreffs, Robbie Clouston and Erlend Ballantine. Orkney U12 Reds were undefeated winning 4 games and drawing 1. Sixteen goals were scored by a variety of boys but it was the quality of teamwork that really shone through.

The U12 White team consisted of Jack Wallace, Woody Clarkson, Alex Henderson, Callum Lycett, Tyler Wolstenholme, Sebastien Pesci, Ali Mackenzie, Alistair Park, Bradley Cormack and Murray Flett. They played five games winning three of the matches and losing two scoring a total of 10 goals along the way with nearly every member of the team scoring. The boys worked hard and showed great enthusiasm in all of the matches. They were unlucky to just finish third behind Whitedale and the Orkney Red team but can be very proud of their efforts.

The U11 White team won two of their 5 games with Ronan Hamilton, Damon Hutchison and Max Linklater getting in on the goals. They lost out to both Orkney Under 12 teams in close games.

The Under 11 Red team did extremely well. They remained unbeaten in the group stages before beating a strong U12 Whitedale side in the semi finals with Heddle Poke, George Ewing and Thorfinn Scott sharing the goals on route to the final against the Orkney U12’s Red team. In the other semi-final the U12 Reds played TSB and won 4-0 to progress to the all Orkney final.

The all Orkney final was keenly contested but the Under 12’s deservedly took the cup home after a narrow 1-0 win against the Under 11’s. A great effort from all the Orkney teams on the day. 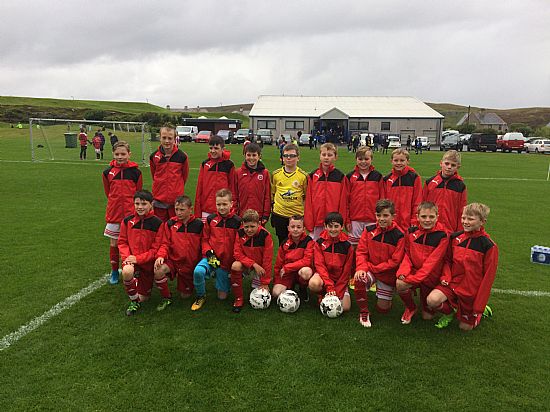 Under 11 Orkney teams at Andromeda Cup