On a perfect night for football Rovers & Dounby met in the final of the Maurice Walls Cup at Pickaquoy on Monday night. Rovers were on top for most of the first half with Dounby relying on a strong defence and some breakaway attacks usually from the long kick outs from goalkeeper Jamie Bruce.

It took Rovers 25 minutes to take the lead through an opportunist goal by Calum Lewis to go in at half time with a 1-0 lead. Rovers put Dounby under intense pressure at the start of the second half with Shaun Raeburn hitting the post and Aiden Drever going close before Calum Lewis got his second goal of the night. Shaun Raeburn and Aiden Drever then wrapped up quite an easy win for Rovers.

There were no outstanding players for Dounby on the night but their defence as a unit did well to keep them in the game as long as they did. The two players who stood out for Rovers were Calum Lewis and man of the match Shaun Raeburn.

So it is congratulations to Rovers for the League and Cup double at under 15s level. 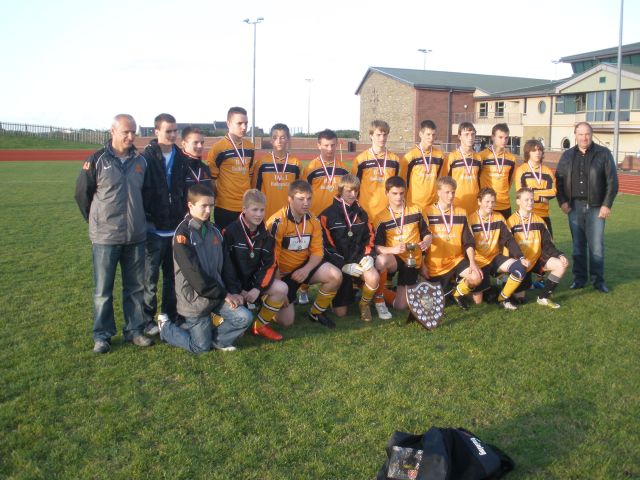 Rovers - Winners of the Merriman Shield and Maurice Walls Cup 2009