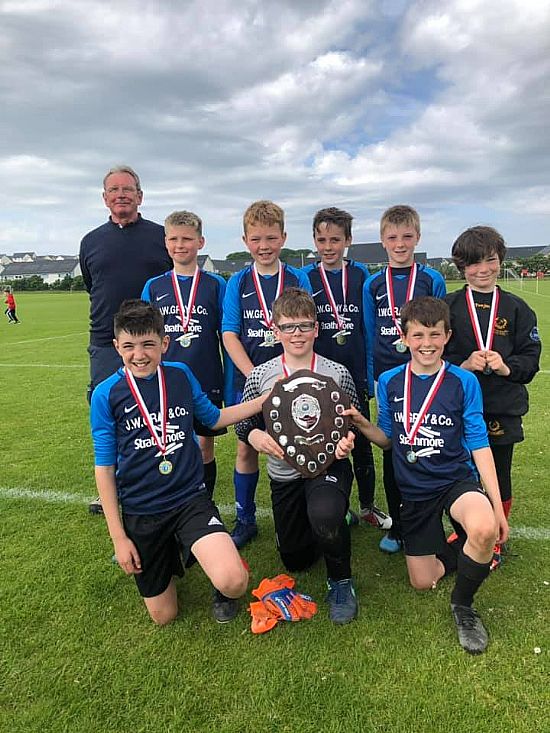 Saturday 29th June saw the Gilmour Shield being played at the Picky outfield. Sixteen teams with players representing nine different schools, including Shapinsay, played out the first matches in groups of four.

St Andrews teams were already looking strong, topping two of the groups, with Papdale and Stromness also being group winners. However, as these teams are sorted alphabetically the draw was anything but predictable and although St Andrews swept the indoor league, plenty of other teams were looking competitive. As some teams began to fall in the knockout stages it was these three bigger schools that were proving just too strong.

In the quarter finals the two Stromness teams were unfortunate to draw each other, providing an interesting derby game. It was close until Stromness City pulled away in the second half. However, it was St Andrews teams that dominated the semi final draw, with three teams, having narrowly beaten Glaitness and Dounby in two quarter finals and a much fancied Papdale team in the last quarter final. Both semi finals were tight with St Andrews B narrowly beating their school partners 2-1. However the other semi final was a real tight contest. St Andrews three times took the lead only for Stromness to level each time and send the game to extra time. A fourth lead taking goal was too much for Stromness to come back from again setting up and all St Andrews final. It was another close affair with it all level either 0-0 or 1-1 for long periods of the match. But maybe extra time took it out of the A team, falling 3-1 behind before a final rally to make it 3-2 to the champions St. Andrews B.

The Gilmour Shield along with winners and runner up medals was presented by Bob Gilmour. Bob Gilmour has sponsored this primary competition for many years now and the OYDG are very grateful for his long standing loyalty and dedication to primary football.

A special mention must be made to the OYDG U15 players, 8 of whom came along and referee’d matches throughout the competition. It was a good way to put something back into Youth football and they all proved positive role models for the younger players.

Grateful thanks must also go to the Picky staff, Stewart Gray and Steve Kolthammer for generous loan of both their tents, all the coaches and schools, the parents of the U15s Intercounty Squad who provided the splendid refreshement and fun tents, the spectators of family and friends who watched, cheering and supporting and finally to all the boys and girls who took part and made it a most enjoyable day all round. 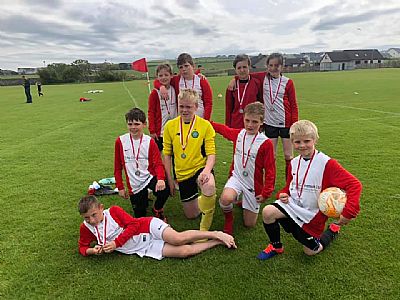