Saturday 15th September saw the Under 14s welcome Shetland for the second leg of their A and B matches. In the first leg, played in Shetland on the last Friday in August, the A team drew 2-2 in a very close and intense match, whilst the B team beat Shetland in a nail biting 3-2 win. The very much looked forward 2 rematches did not disappoint.

There was an expectant crowd gathered by the kick off of the A game at 12.00pm on the Picky Centre outfields. This time it was a much tighter affair with fewer chances for both sides though Orkney dominated possession and had the ball in the Shetland half more of the time. Unfortunately the first of three first half injuries saw Malcolm Mackenzie have to limp, off with Charlie Fulton ably stepping in to fill the right back role. Owen Buchanon led the line well, holding up the ball and trying to bring Reece Johansen and the two wide players of Christopher Scott and Marcus Grieve into the game. These were where the main first half chances came from, with Orkney also looking threatening on corners.

As the half wore on the game was punctuated by a number of free kicks, stopping the flow and allowing Shetland to get a foot hold. Jamie Barber and Reece Johansen were both forced off following knocks and this changed the shape of the team. Shetland took advantage putting more pressure on the Orkney midfield but still unable to find a way past Lewis Gray and Scott Rendall who were solid in the centre of defence, with Charlie and Ross Hewison preventing Shetland from getting down the wings.

Just like the first match, the breakthrough came from a corner but this time it was Shetland that took advantage. A loose ball in the box seemed set to be cleared, Jamie Adam stopping the ball once, then a clearance from the line didn’t go far enough and the loose ball was put into the back of the net.

Orkney’s captain, Ewan Stevenson, looked to inspire his team mates for the second half with words and leadership on the pitch, and with a change of shape and return of Jamie and Reece, Orkney looked to wrestle control back. They began to put more pressure on Shetland but still needed a strong defensive display to prevent the breaks. Charlie’s energy from right back set up a couple of attacking opportunities but still no breakthrough. Moving Harvey Rendall up front to join Christopher Scott seemed to reinvigorate the front line after Owen had run his legs off for 50 minutes.

In fact, the breakthrough did come through these two strikers linking well together. After some good work in midfield Harvey played a ball to Christopher but a Shetland defender got there first. Christopher did not give up and nicked the ball from the defender’s toes, turned well and was brought down for a penalty. Jamie Barber was given the responsibility by his team mates and duly placed a confident penalty into the top left corner of the Shetland goal. Despite best efforts from both teams no further goals came in the last 7 minutes and Orkney retained the U14 Cup. 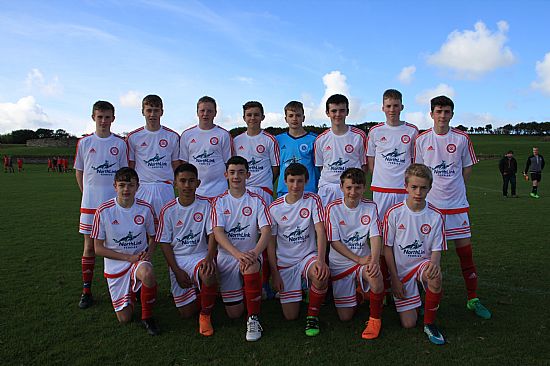 The B game was almost a mirror image of the game in Shetland with Orkney being dominant, especially in the first half, and almost losing out near the end of the match.

Inspired by the Cup being retained, the B team were very motivated to show their quality and started quickly. Kieran Barclay and Robbie Hewison were solid in the defence, well supported by their full-backs Conrad Johnston and Callum Dowell, giving the Orkney make-shift keeper little to do for most of the first half. Ewan Foubister and Jason Scott showed their class in the centre of the team, linking play well with the wide players, Kallie Shearer on the right, and Aidan Brown on the left, and with their strikers. In fact, the pairing of Alfie Isbister and Jack Leitch up front almost unlocked the Shetland defence on numerous occasions, only to be thwarted at the last. Two chances in particular looked sure to be destined for the back of the net, but the Shetland keeper saved well from Jack whilst the second chance just went wide.

Just when it was looking like Orkney wouldn’t take advantage of their numerous chances the breakthrough came from an unlikely source. Orkney centre back Robbie Hewison stepped up to take a free kick to the left of the box but fully 25 yards out. With calls of ‘shoot’ from the side-lines, Robbie duly despatched a high curling ball straight into the top right-hand corner of the Shetland net.

1-0 seemed a small return for the chances but Orkney were on a high and continued into the second half in the same vein. Rolling subs through the game saw Ryan Gibson take the role down the left hand side, making some strong runs and looking like unlocking the defence again and again. Calvin Slater also worked hard down the right, winning the ball back to set up Justine Pizon, adding a bit of trickery and composure in front of goal, to coolly slot Orkney’s second into the top of the Shetland net. With Ewan holding the centre of the park, and Jason breaking forward Orkney looked most likely to go on and score again.

However, a good break and pace from the Shetland strike force eventually told on an Orkney team pushing forward for more goals, and a good through ball and finish saw Shetland pull it back to 2-1. Orkney began to look a little more tired at this point and a quick break down the Shetland right saw a good finish from the right side of the box to level the tie. Instead of being deflated, Orkney rallied again and could have had a winner in the last minute with great work in the box just not quite getting finished off. A well fought 2-2 draw means Orkney remain unbeaten by in the four matches with Shetland this season. 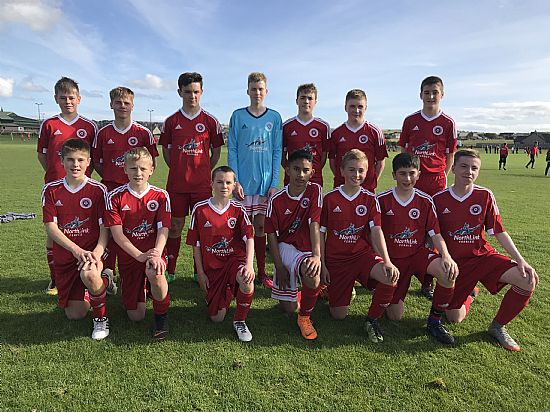 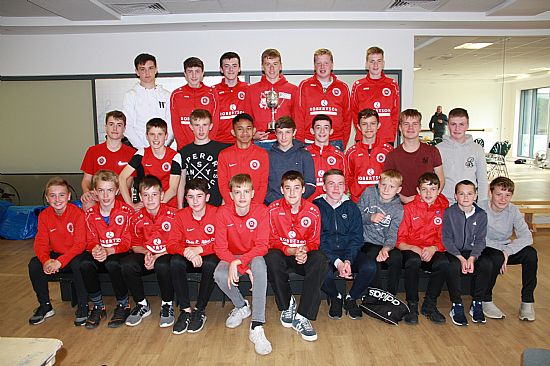 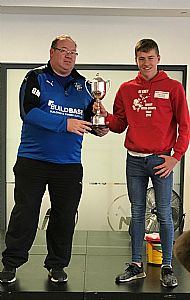 The first leg of the Under 14s A and B matches took place in Shetland on Friday 31st August in warm sunny conditions. Both games were highly competitive with great football, effort and sportsmanship on show.

Orkney A return home for the second leg with a well-earned 2-2 draw. With not much to choose between the teams it was Orkney who dominated the midfield in the first half and it looked like being a matter of time before they opened the scoring. However, Shetland put up good defensive play and were looking dangerous on the break, with Jamie Adam in goal pulling off some good saves. Christopher Scott was unlucky after some great play down the right to have the ball whisked away when he looked sure to score. Orkney finally broke the deadlock on the stroke of half time. A Jamie Barber corner was played right onto the head of Nairn Hall who rose highest and fired in. Shetland came out for the second half fired up and were level after just 5 minutes. A corner again this time resulted in a lucky ricochet and the ball breaking to Shetland in the box to grab the equaliser. Shetland continued to press with Orkney unable to hold the ball to ease the pressure. A free kick for Shetland from the far right of the box was struck over the wall and floated over the unlucky Jamie Adam giving Shetland the lead. Injury and fatigue enforced a couple of changes which saw Ewan Stevenson dropping to join Lewis Gray at the back with Reece Johansen in midfield. This seemed to shore up the defence and give a platform for Orkney to start building some more pressure. Some great play by Reece opened up a couple of chances for Orkney and led to the equaliser, Harvey Rendall challenging hard in the Shetland box and the ball falling for Owen Buchanon to finish with the outside of his right boot. Reece was unlucky not to win the game for Orkney right on the final whistle when he was unable to convert a very sharp chance.

In another cracking match with a similar storyline, Orkney B managed to change the story ending and won their match 3-2. It was a very balanced first half with Orkney having the better of possession but Shetland looking very dangerous on the break with two very quick players up front. Alex Cooper made a number of great saves to keep Orkney in the game, whilst Robbie Hewison (a former keeper making his outfield debut) and Kieran Barclay (Orkney debut) making some timely challenges. At the other end Ewan Foubister hit the post and Callie Shearer, another Orkney debutant, put the rebound over the bar. It was again a corner that broke the deadlock. With ‘A’ team subs able to a role in ‘B’ match, Harvey Rendall had come on for an injury in the first half and played a great corner into the box for Jason Scott to head home. Shetland again came out fired up in the second half, this time equalising in the first minute. Orkney resisted strong Shetland pressure with Orkney midfielders Ewan and Charlie Fulton putting in a lot of good challenges and Alex in great form in goal saving several one-on-one situations. Injury meant Alex had to be withdrawn, with Jamie Adam replacing him for the last twenty minutes and continuing the great goalkeeping displays. Orkney began to get some breaks going and Jason Scott forced and error from the Shetland defence, stole the ball and finished well to restore the Orkney lead. Jason then completed his hat-trick after some great individual play in the Orkney midfield making it 3-1 with Justine Pizon then hitting the bar on his debut. Shetland then threw everything at Orkney and did manage one goal back to make it 3-2 and will feel unlucky to have lost. However, it was a tremendous effort by all Orkney players and a real confidence boost to hold on for that win.