The weather curtailed S1 & Under Leagues were concluded in Dounby today in fair conditions. The A League was very competitive with the winner being decided in a fiercely fought match between Thorfinn A and East Utd A which ended up in a single goal victory for the east side. Thorfinn B had a more comfortable run in the B League maintaining a 100% record in winning all seven of their matches. Congratulations to both teams. 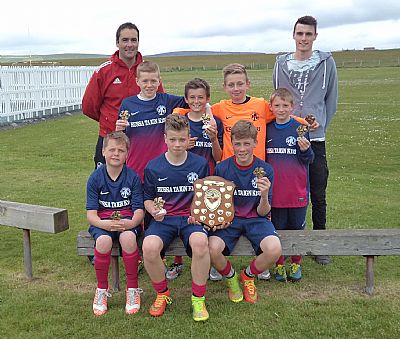 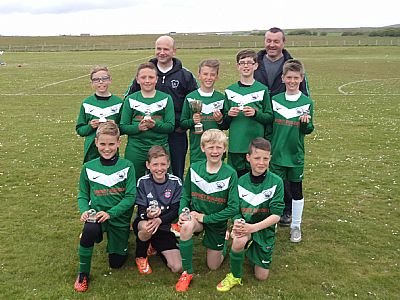