Dr Sarah Jane Gibbon continues with her research into the songs we sang at each SongShare event.  Information on the songs from the first 7 SongShares can be found here.

An absolutely gorgeous song about murder, suicide and loss.  Yep, it's another tear jerker for the BOSP!  Our body count is fairly mounting up!

This song is one of the many songs sung by the late Ethel Findlater, a well-known and respected singer from the West Mainland of Orkney.  Ethel was recorded and interviewed by several folklorists/ethnomusicologists over the years including Alan Bruford from the School of Scottish Studies and Nancy Cassell McEntire (who completed her doctoral thesis on Ethel's Song Book in 1990).

Ethel sang many varied songs and it was difficult to decide which song to choose to perform, but we chose this one because according to Bruford she composed the "rather fine pentatonic tune" herself having found the words as a Ballad printed in The Orcadian (Bruford 1986, 110).

The song tells a tragic story of murder and suicide set in and around the Hamars of Syradale, a rocky outcrop in a valley in the hills in the south-east of Harray.  We have yet to discover whether the ballad is based on truth, legend or is entirely fictional.

References
Bruford, A, 1986 "Song Manuscripts and the Acquisition of Song Repertoires in Orkney and Shetland" in Russel I (ed) 1986.  Singer, Song and Scholar, Sheffield Academic Press, Sheffield, pp95-115.

The harmonies worked out by Sarah Jane and Emily really lifted this lovely melody, with Aimee and Emily singing the harmony to Sarah Jane's tune.  The workshop singers really did us proud!

Elwick Bay was written by Miss Elizabeth Williamson.   Miss Williamson was born on 3rd September 1844 in Shapinsay where she spent most of her life, apart from some years in her teens when she lodged in town with her two younger brothers William and James. Her father Magnus and mother Janet (Jessie) were Grocers in the island and after her father died she, and her younger sister Jessie, helped her mother run the shop.  Neither Elizabeth, Jessie or James married and they all lived with their mother in the village. Elizabeth became postmistress in 1896. A position she held until 1911. She died aged 67 on 15th April 1912 and is buried in the Shapinsay kirkyard.

As well as writing Miss Williamson also wrote another song called “A Primrose in the City” and a poem entitled “The Beauties of Balfour”. The poem is published in William Irvine’s 1977 Publication Isle of Shapinsay and the song was printed in The Orcadian along with Elwick Bay on 15th March 1934.

The tune for Elwick Bay was written by “Allan” and we don’t know who this was. The tune for Primrose in the City was written by Carl Skea and again we haven’t yet found out who he was.  So if anyone can help with any information we’d love to hear from you!

We at Orkney Singers were very privileged in being able to use this song in our Hoy Workshop.  It's an original composition by Karine Polwart, and which features on Scottish folk supergroup Malinky’s cd 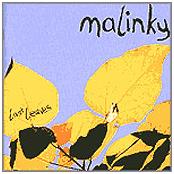 “Last Leaves”.   Hear an extract of the song on the cd by clicking here (opens in Windows Media Player). Twice winner of "Best Original Song" at the UK-wide BBC Folk Awards, Karine combines the economy and universality of the folk storytelling tradition with a probing intellect and compassionate lyricism.   A former children's rights worker, Karine allows images, narratives, questions and wry comic asides to do much of her work.  You can read much more about Karine (and purchase her cds) from her website http://www.karinepolwart.com/.

Karine very kindly gave her permission for the inclusion of "The dreadful end of Marianna for sorcery"  because its inspiration came from a short story written by George Mackay Brown (locally known as GMB), world famous Orcadian writer.  Entitled "Witch", it tells the gruesome story of Marian Isbister, a girl of 18 years in service to the farm of Howe.  First published in GMB's "A Calendar of Love and other stories" (1967), the story also features in other GMB publications.

A little bit of a different type of singing at this week's SongShare - mouth music.  The workshop song was called "The Rousay Lullaby", and was sung by Kathleen Harcus to Ernest Marwick in the 1960s.  It is currently held in the Orkney Sound Archive.

Kathleen said that often folk would use mouth music to entertain, placate or lull a bairn to sleep, and this was the tune her grandfather had always sung.  This is the only example of mouth music being sung in Orkney that the Project has found so far, although there is a mention in the Ernest Marwick papers in the archive of a woman singing for dancing, which is also probably mouth music.

It would be great if anyone had information about any other examples of mouth music from throughout Orkney.

A beautiful song using local Eday placenames.  The song is listed in the book "Flayings, Poetry Collections from 1855 to the Present Day" (1997), which can be found in the Orkney Room of the Orkney Library and Archive.  Apart from the name of the author "J D Hunter", we have little other information on the author.  We think JD Hunter may have been the wife of Rev Hunter, as they were the only Hunters in Eday (that we could find) at the time the song was written [note: dates to be clarified].  Rev Hunter was the Minister of the United Presbyterian Church.  Can you help us with this rather tricky question?  Do you know more of the Hunters who lived in Eday in the 1800s?  They only lived in the island for four years, and this was between the census so they were missed off.

Another song sung by Ethel Findlater, which she learned from her cousin Bella when she was 14. The song was recorded by the School of Scottish Studies in 1967 and by various others, and can be found in the Orkney Sound Archive and online at http://www.pearl.arts.ed.ac.uk/Tocher/Vol-05/05-166/05-166fr.html

The song seems to be a unique combination of at least three, perhaps four, different songs, including "The Spanish Lady", "Wheel of Fortune" and possibly two other as yet unidentified songs (one being the chorus, and the other being the last two verses).

If you know any more about this song we'd be extremely grateful to hear from you!

"Leaving Stronsay" was written by Hector Sinclair and music by John Miller.  Sarah Jane found it in a booklet of John Miller's songs in the Orkney Archive (D1/634) entitled "Songs and poems of Orkney."