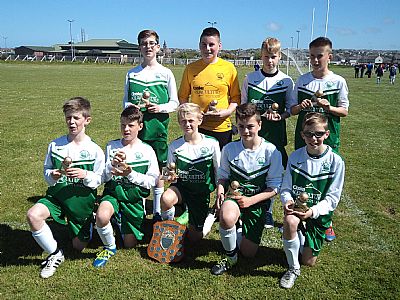 There was double success for Thorfinn as the S1 & Under Leagues were concluded in sunny conditions at Picky today. A highly exciting A League saw three teams in contention all the way with very little to choose between  the East United, Thorfinn and Stromness A teams. The league went all the way and in a winner takes all final match it was Thorfinn A who edged a narrow 1-0 victory over Stromness A to secure the A League. Thorfinn C were the dominant team in the B League with a comfortable winning margin having won all of their 14 matches, with Stromness B finishing second. Well done to Thorfinn on winning both leagues and well played to all the teams.

An encouraging development of the S1 & Under League this year has been the appearance of two new clubs in Wanderers and Hotspurs. It is great to see both these clubs developing youth set ups and hopefully this is the start of a long and successful period for both clubs in providing footballing opportunities for younger players. 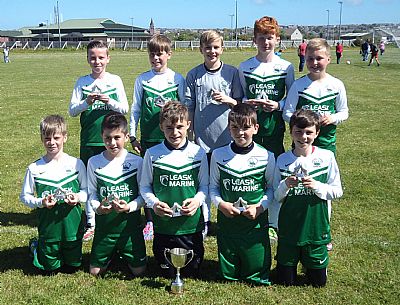