The second annual contest for the youth girls football Pilkington-Tait cup, between Strom-West Girls FC and Shetland Girls FC was played on Saturday 14 Sept, in spite of the rough weather conditions.  Both sides braved the wind and rain for 90 minutes and the game ended in a 3-3 draw.

It was an exciting match from start to finish with the Shetland girls coming out strong in the 1st half.  Strom-West spent most of the half defending a strong attacking Shetland side, with only an occasional attempt at a goal at the Shetland end.  Shetland dominated possession in the midfield and pressured the the S-W defense over and over.  Constant defending from Strom-West and some excellent saves from S-W goalie Grace McElroy kept the score 0-0, till near the end of the half,  when the Shetland forward finally connected a shot that hit its mark and half time ended, Shetland 1, Strom-West 0.

In the second half,  Shetland came out strong again, continuing to maintain possession in the midfield and with some confusion in the S-W back line,  they scored 2 more goals in about the first 15 minutes. However, after the 3rd goal, Strom-West began to step up their pace and move to the ball and gain more possesion in the midfield where Shetland had been dominating.  Then the tide began to turn. More possession by Strom-West meant that they had more time in front of the Shetland goal and more opportunities to shoot.

The first Strom-West goal came when their midfield finally connected a ball out  to Skye Taylor on the wing and she released a side angled shot that went across the goal and in.  About 5 minutes later Gemma Montgomery hit the back of the net by aggressively gaining possession above the box and just shooting. With about 10 minutes left in the game Gemma scored again, a blinding shot from outside the box, bringing the final tally to 3-3.

With weather conditions worsening, both sides felt it was best to leave it as a draw for this year.

Both teams met again the next day on the Sunday for a fun match with mixed "town" and "country" teams of S-W and Shetland players  for another 11 aside game.  It was again an excellent display of how well the youth girls game is progressing.

"Country" were the victors on the day.

Strom-West Girls FC thank both Lorraine Pilkington-Tait and the OYDG for their sponsorship and support this weekend. 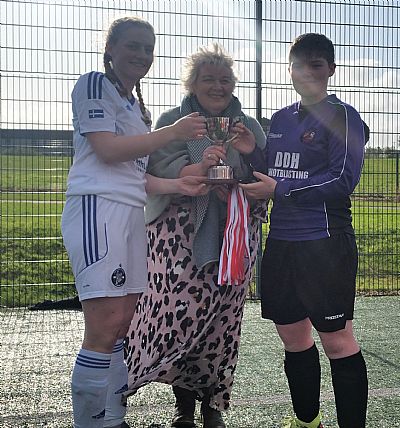 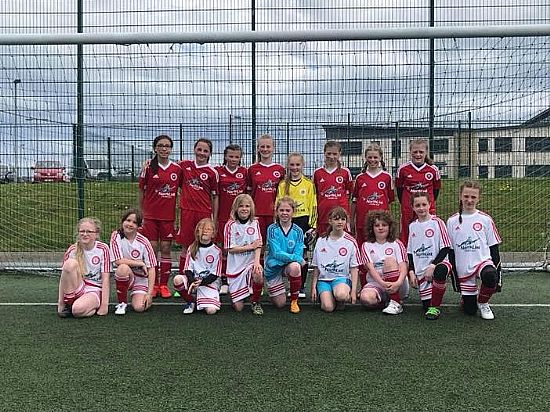 Orkney Under 12's v Shetland, May

The number of girls playing football in Orkney is on the increase and at the OYDG we are very fortunate to have several coaches dedicated to the girls section.  Jo Bamford and Karen Allan coach the Under 12's and Under 15's with assistance from Joseph Coyle and Raymie Norquoy.  Sessions have stopped for the winter but will resume early in the New Year.  Due to the changes implemented since the last OYDG full  meeting, from 2019 the Intercounty squads will be Under 11's, Under 13's and Under 15's.

Girls as young as 5 years old are taking part in the Fun 4s and Super 5s which sees our youngest section catering for Primary 1 to Primary 4 in the Under 7's and Under 9's age groups which starts up again at Picky on Saturday 10th November, coached by Michael Swanney.  For many years now girls have taken part in the Primary Indoor League playing alongside the boys. The girls East v West has been played since 2016 and this season they will be competing for the brand new Zara Cup donated by Steven R Paterson Ltd, sponsor of both the A and B East West games. 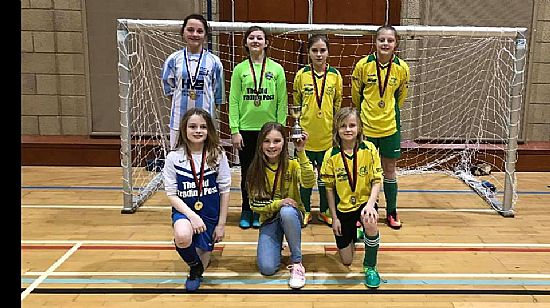 The Under 12's and Under 15's train together.  In May two Under 12's teams played in friendly matches against Shetland.  And in August the Under 15's girls played in a 7 a side tournament against Shetland teams. The Under 15's then played their first Intercounty match against Shetland in Orkney on Sunday 19th August competing for the brand new Pilkington Tait Cup, kindly donated by Lorraine Pilkington-Tait of Café Lolz.   The Orkney side was fielded by a StromWest select 11 a side team and though they lost to Shetland, they gave a superb performance.  Amanda Wilson is coach for  the Stromwest team and Karen Allan is coach for the Kirkwall  team, with Dave Macpherson helping coach both teams. 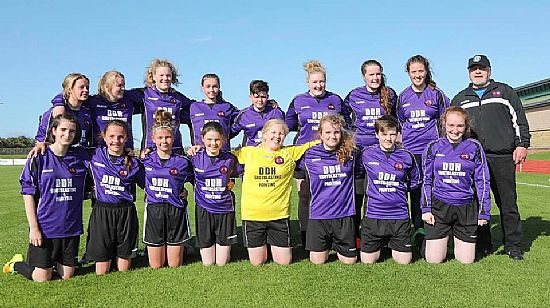 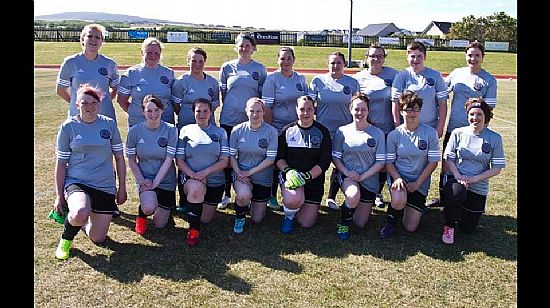