August saw the Under 15’s squad participate in the Edinburgh Cup International Youth Football Festival for the first time. The boys travelled down on 1 August and after arrival at Edinburgh, the boys visited Tynecastle Stadium for a stadium tour and training session. 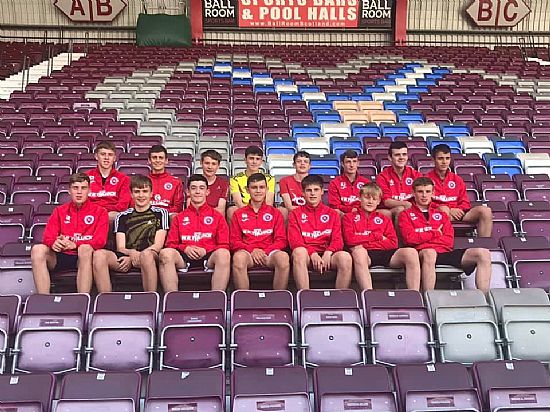 The tournament started on 2 August but prior to the football kicking off the boys visited Murrayfield Stadium for a tour of the national rugby stadium. Afterwards the team made their way to the competition where they faced three difficult games and put in a tremendous effort with the final scores ending up as:

The following day saw the boys with two big games with a chance to still qualify for the finals on the Sunday. Prior to the matches there was a tour of Hibernian FC at Easter Road which the boys thoroughly enjoyed.  After the tour the team headed to the Hibs training centre for a behind the scenes tour which included meeting a few of the players. An excellent training session was then put on for the boys before heading back to Easter Road for the Hibs v St Mirren match. The boys watched the first half before playing a match on the pitch at half time. After watching the start of the second half the squad travelled back to the Edinburgh Cup to complete the group games. 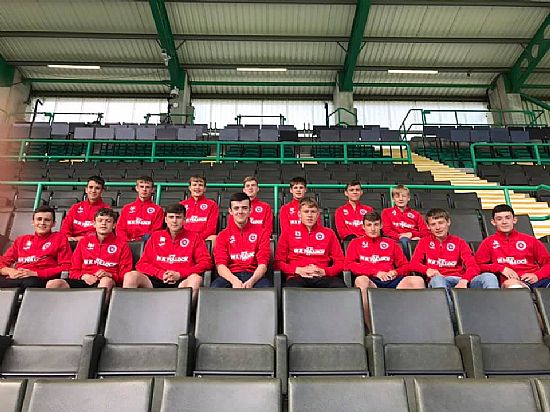 A very good performance from the boys against the strong opposition of Irvine Victoria who topped the group and were last year’s champions. Although the match ended in a 1-0 defeat the boys had the better chances and were extremely unlucky to lose. The second match of the day gave Orkney a chance to qualify for the finals. The boys were outstanding in beating Alloa Athletic 1-0 - a thoroughly deserved victory which resulted in the boys qualifying for the Plate final. A fantastic achievement for the boys who are competing against teams who play 30-40 games per year. 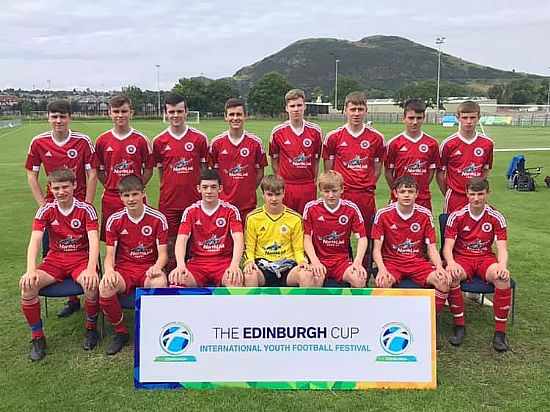 Day 4 started with a leisurely stroll around the Livingston Designer outlet before the boys had a swim at the Commonwealth Swimming Pool in Edinburgh. The boys were due to play Ferry AFC in the Plate final but unfortunately Ferry AFC pulled out due to injuries so instead Orkney were scheduled to play the loser of Irvine Victoria v Crosshouse match. Following this game the losers did not want to play which automatically gave Orkney the win and the Plate. The boys were really looking forward to the game and were very disappointed it never went ahead, but they still returned as Plate Champions.

From a coaches point of view the boys worked extremely hard in all their games and they could not have asked for more. They were extremely unlucky in a few of the games and well worth finishing as Plate winners.

The final day of the trip saw Orkney travel to Saughton to play Hutchison Vale. The Edinburgh side are a very strong team with a fantastic youth set up and a long history of being one of the top teams in the city. The boys worked extremely hard and played their best football of the weekend. They were unfortunate to be 1-0 down at half time but with a very strong second half performance they managed a fantastic 2-1 win with goals from Charlie Fulton and Nairn Hall.

This was a great way to end the trip for the boys and it will have created memories for years to come. Over the course of the trip the boys were a credit to Orkney and their parents.

A massive thanks to The Edinburgh Cup - International Youth Football Festival for a great event and PE5 Sports Tours for arranging the trip. Many thanks also to Loganair for their sponsorship and to Heart of Midlothian  and Hibernain FC and Scottish Rugby Union for contributing to such a memorable trip. 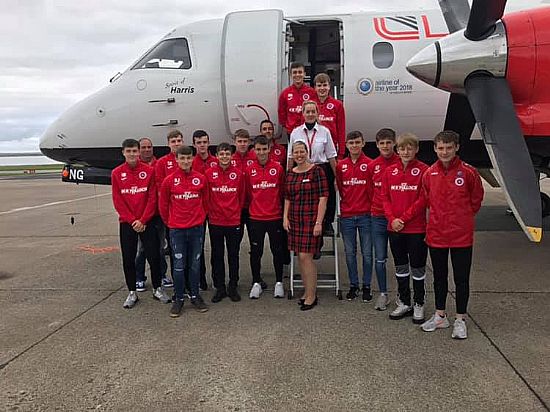 8 June - The Under 15 squad defeated Caithness United 6-3 at KGS to lift the OYDG Quaich. An excellent performance from the boys to complete the double and lift both cups against Caithness United this year. Goal scorers were Harvey Rendall (2), Archie Atkinson (2), Justine Pizon and Ewan Stevenson. 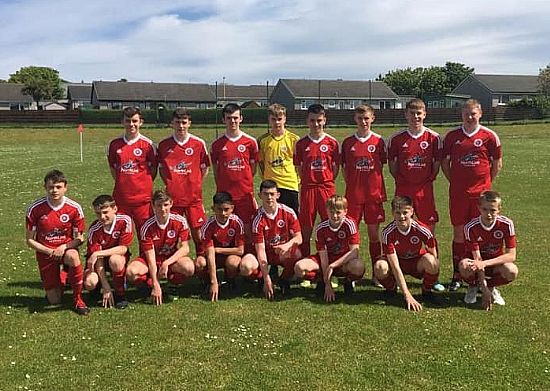 25 May - An excellent performance from our Under 15 squad as they beat Caithness United 5-1 in Castletown with goals from Archie Atkinson (4) and Ewan Stevenson to win the Loisburgh United Memorial Cup. 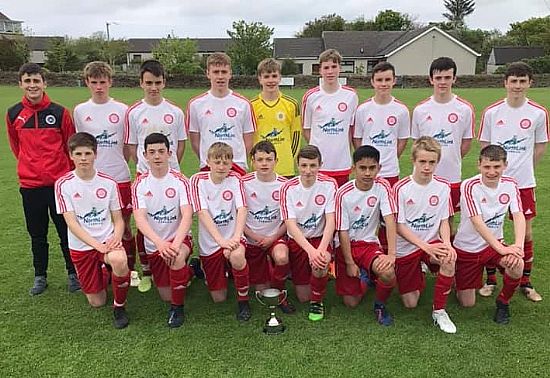 Under 15's in Castletown