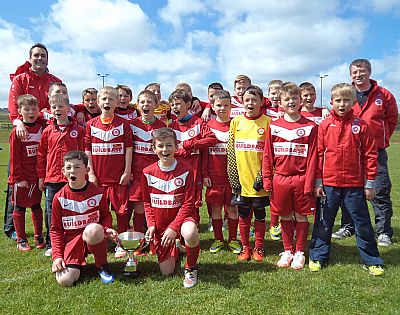 An excellent performance by the Orkney Under 11 squad saw them retain the John W Shearer Cup at Picky today as they won all four of their matches against Shetland. The A team won their matches 2-1 and 2-0 and the B team won 3-0 and 1-0. A team Player of the Day was Nairn Hall who scored three of Orkney's goals and B team Player of the Day was Ross Hewison who also scored. Orkney's other scorers were Jamie Tulloch, Jamie Barber, Ewan Stevenson and Liam Smart. Well done to all the players on a great team performance.