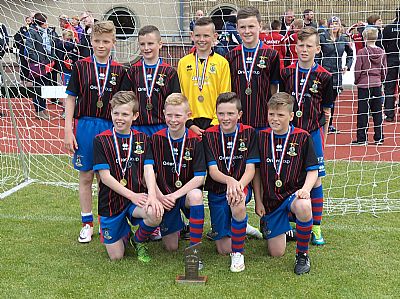 Inverness Caley Thistle proved too strong for the opposition as both their teams made it through to the final of the Under 12’s Northern Counties Tournament played at Picky today. The Inverness teams won their respective groups winning all their games before they both narrowly defeated Ross County and Orkney White by 1-0 scorelines in closely fought semi-finals. In the final ICT Black beat ICT Blue 2-0 with two second half goals to secure the trophy for the first time in four years.

The Orkney sides performed very well in today’s competition. The Orkney White team in particular put in an excellent display reaching the semi-finals and over the course of the days play only lost twice – both by narrow 1-0 margins against the two Caley Thistle teams. 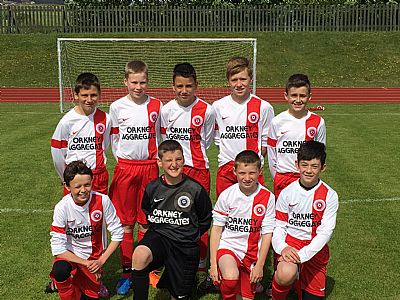 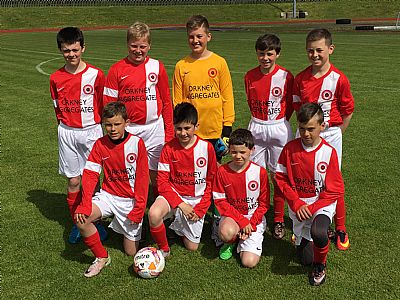