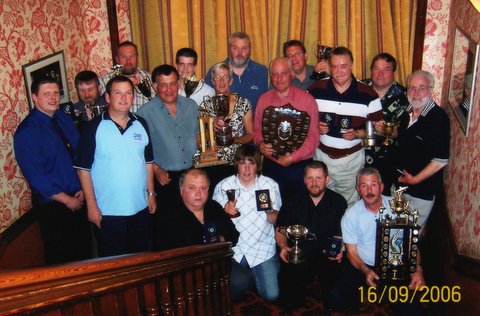 Thursday, 14th September: Wet and foggy all day, with a light south easterly breeze. All boats steamed south to The Face, then Rora and one as far as The Berry, and the fishing was good with ling, lythe, cod, cuckoo wrasse, dabs, and L.S. dogfish.

Friday, 15th September: Fished as �Ling & Cod Only� day with tokens for these fish only. Foggy morning brightening later with a medium north west wind. Crombie tried north to the Hampshire and The Brough, Charles Ann went deep off Rora with others south to Rora and The Berry. Good catches again included ling, cod, with lythe, wrasse, grey gurnard , whiting and spurdogs also caught.

Saturday, 16th September: The mist cleared early but the very strong south south east winds gusting to 35-40kt making drifts too fast at times. All the boats went south to St. Johns Head and Rora, with Girl Kilda as far as The Snook. Catches were very good with big scores recorded. 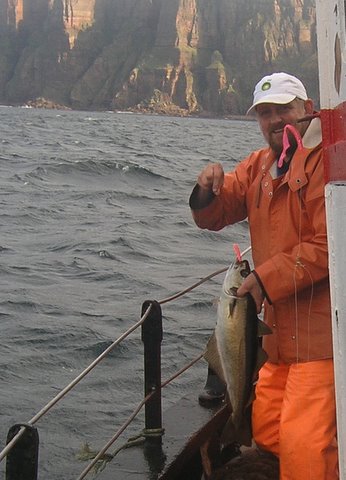 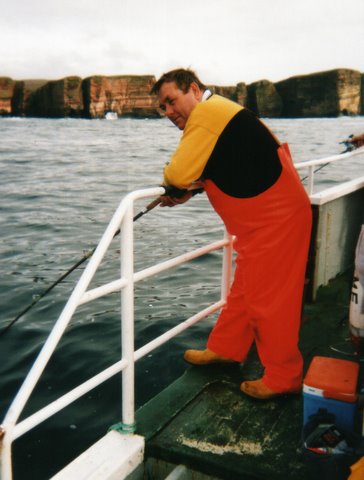 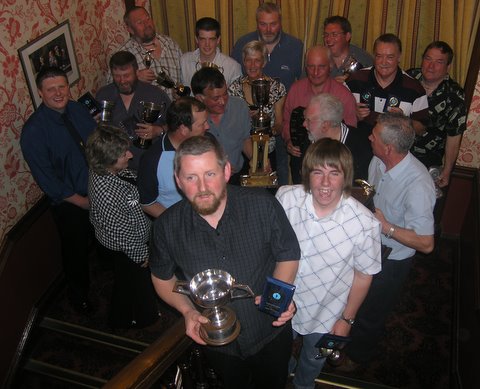 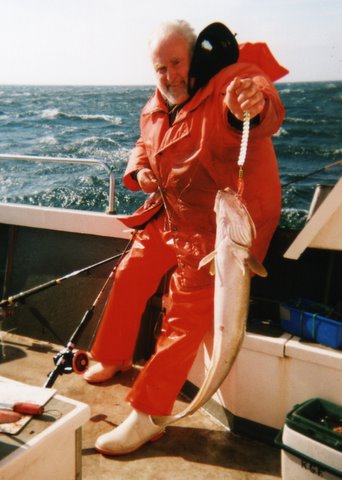 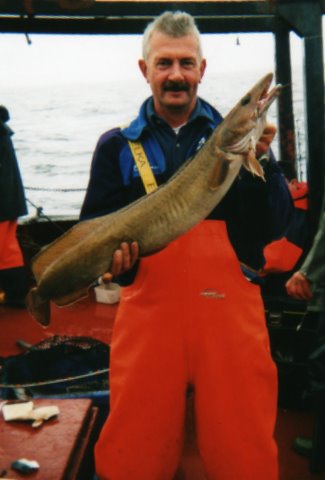 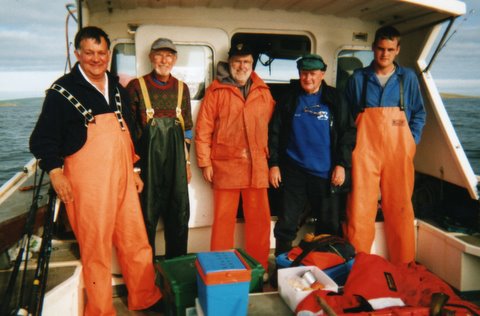 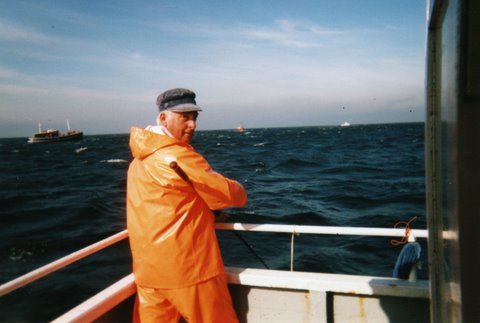 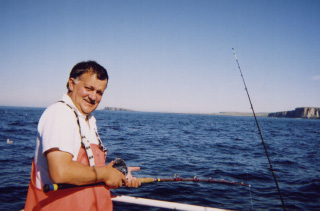 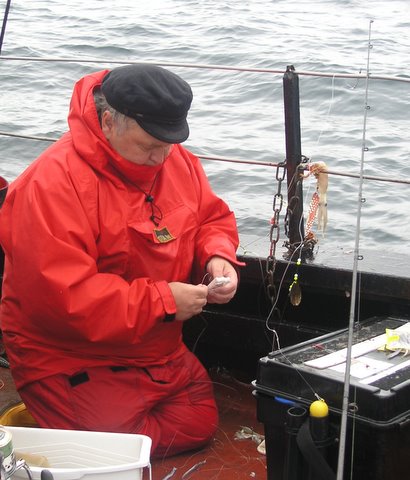 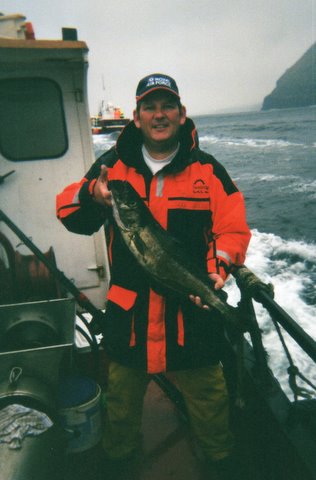 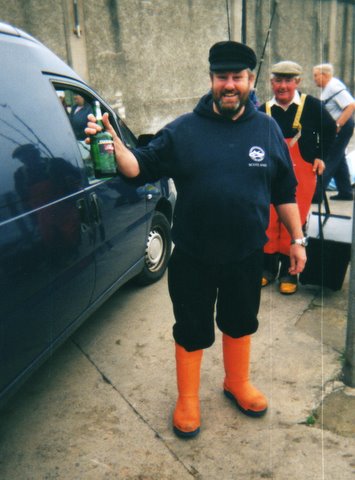 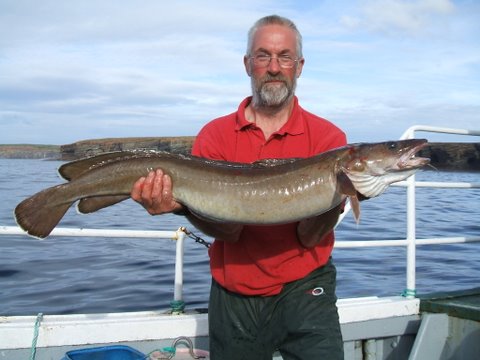 The boat skippers will receive a bottle of whisky as a thank you.

Colin Paterson representing C. J. Paterson Tackle Shop presented the prizes on Saturday evening. The Stromness Hotel followed this with a great carvery/buffet dinner and thanks must go to both for all their help again this year.

Photos on display have been donated by Billy Blance, Joe Connolly, Nikki Thomson & thank you all for posing!!

An old seadog or two! 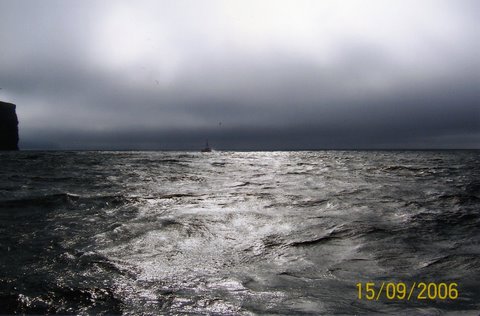 Trickly Taking Photos In A Swell 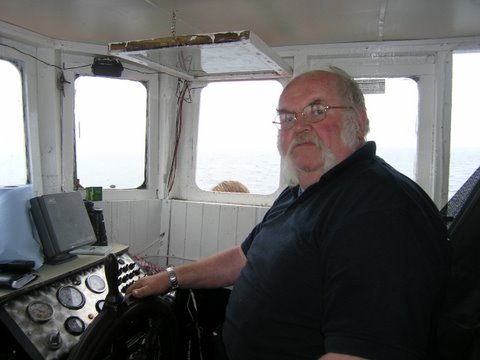