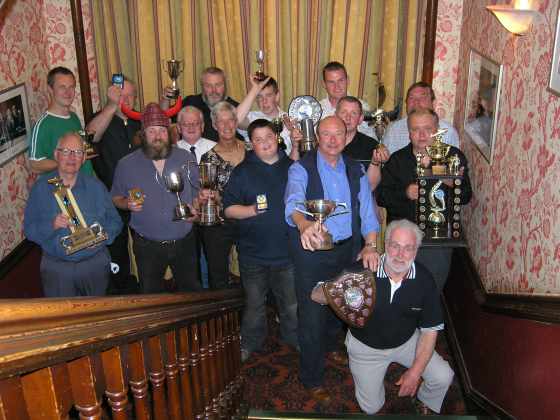 Thursday, 1st September: Started wet and with a swell running off the north westerly wind, drying and lightening later. All boats steamed south of Rackwick and the fishing was good with ling, lythe, cod, wrasse, dabs, lesser spined sea scorpions and dogfish. All onboard the Welcome Home had a good view as a porbeagle shark swam by on the surface.

Friday, 2nd September: Fished as �Ling & Cod Only� day with tokens for these fish only. Bright skies and a light south west wind meant Girl Kilda and Flamborough Light tried north to the Hampshire and Yesnaby with others south to Rackwick. Catches again included ling, cod, lythe, wrasse, red gurnard and one haddock. One angler spotted a sea-eagle flying by, with white tail and wing tips like fingers? 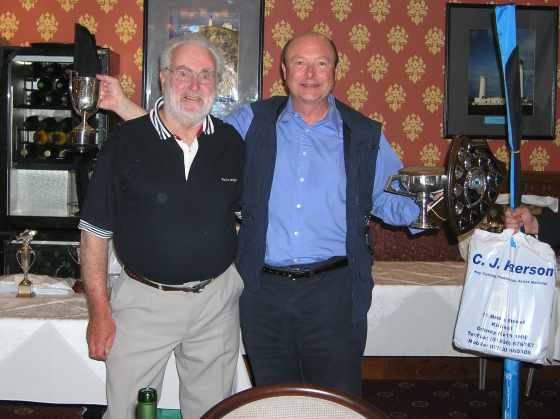 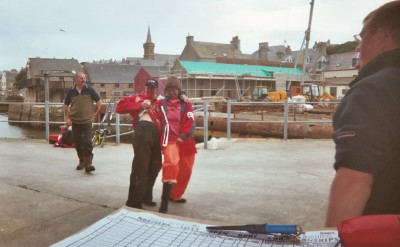 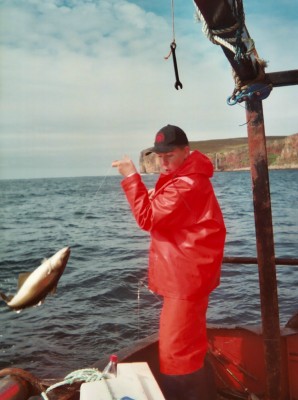 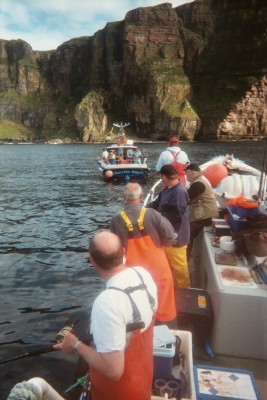 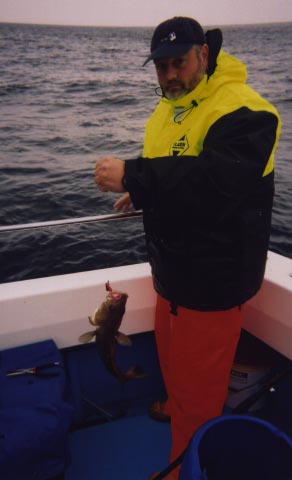 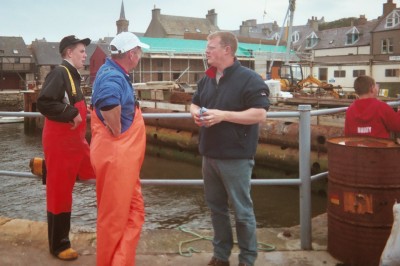 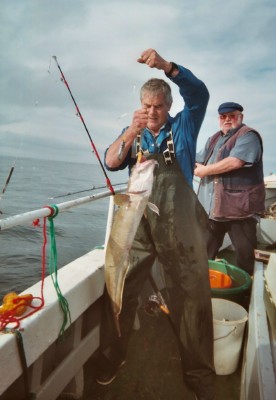 The boat skippers were all given a bottle of whisky as a thank you.

Listed below are a selection of photos taken in September. Thanks must go to Joe Connolly who donated some to be used. 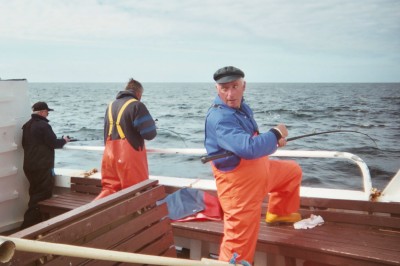 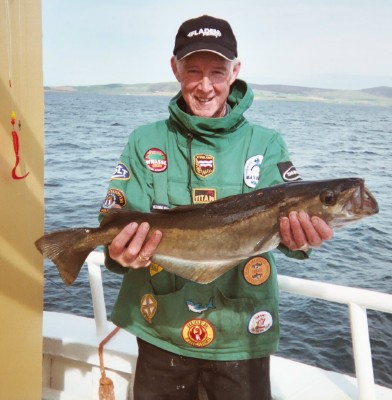