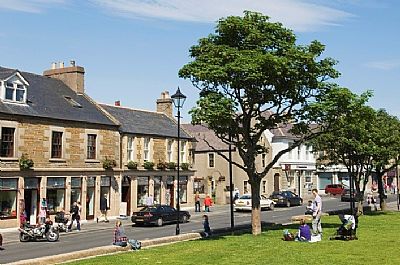 Orkney comprises 70 or so islands and skerries, of which up to 19 may be inhabited depending on the time of year. The total land area of approximately 1,000 square kilometres raises some of the best livestock in Scotland and Orkney enjoys an outstanding natural environment with clean air and water, fine scenery, diverse wildlife and a unique cultural heritage.

The sea separates Orkney from the Scottish mainland and Orkney’s mainland from its island communities. Yet it is the sea which has contributed to self-sufficiency, a fascinating history, and helped to create a unique local culture and strong sense of community. However, Orkney is not immune to the difficulties facing other remote and rural communities, including an ageing population, under-employment, low wages, a high cost of living, limited affordable housing, fuel poverty and access to essential services.

Sustainability is a particular challenge for Orkney's smaller isles.  While the overall population may be growing, there has been a steady drift away from the isles towards mainland Orkney.  In 1961, 28% of the population lived on the isles but by the 2011 census, this figure had dropped to 19.6%.

Access to services is a key driver behind this trend, with all of Orkney's smaller isles ranking among the most deprived 10% of communities in Scotland in this regard[2].  Local development trusts in several of the isles have taken decisive action to improve their sustainability by investing in community wind turbines.  This is generating income to invest in local enterprises, services and projects of benefit to the community.  Wind and increasingly marine renewable energy have huge potential to increase the sustainability of Orkney as a whole.