On 13 December 2017 8 members met at the Peedie Sea (PDC). The first surprise was the complete overnight melt after two days of snow/black ice. The second was that despite heavy rain at breakfast we had almost none on our outing and even saw the sun. But it was blisteringly cold!

David Lea, on his mobility scooter, counts all the PDC birds - except gulls - several times a week so we followed him round doing the count, but also noting the gulls. A black-headed gull was beginning to look quite summery.

From there 6 of us drove  to Scapa, walking from the Harbour Office to the pier and adding pipits, wagtails, waders and eiders to the PDC waterbird count. 2 bar-tailed godwits landed immediately below us, so close that we were able to see the bars on their tails and hear their bi-syllabic ' ke- veu' as they flew off.
5 of us then drove to Waulkmill hoping to find black throated divers. No luck, but we did find Slavonian grebes and we disturbed a wren.
The 3 remaining Kirkwallians diverted down to Inganess  and , before being driven back into the car by a sharp wintery shower, located a stonechat.
All- in-all, a highly enjoyable winter outing, seeing 33 species.
Happy Christmas everyone and all best wishes for 2018. We missed Bev and Beryl and hope it won't be too long before both are able to return to the fray. 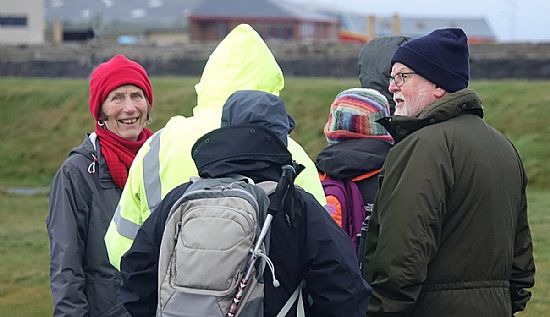 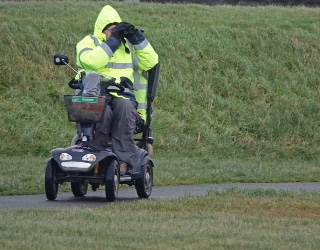 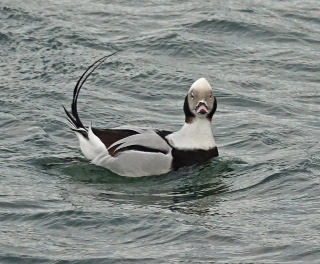 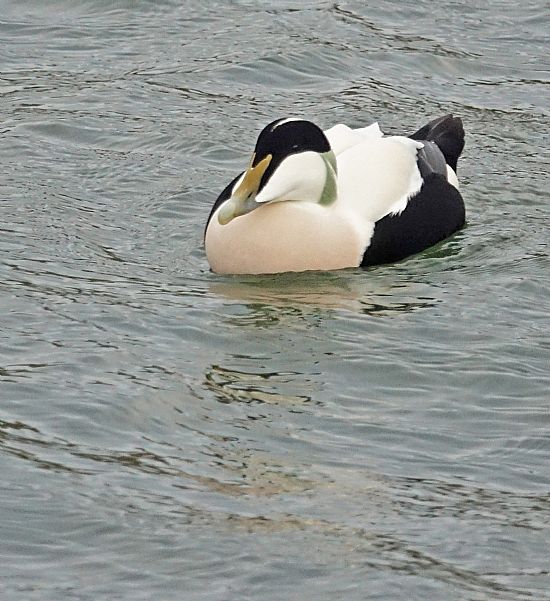