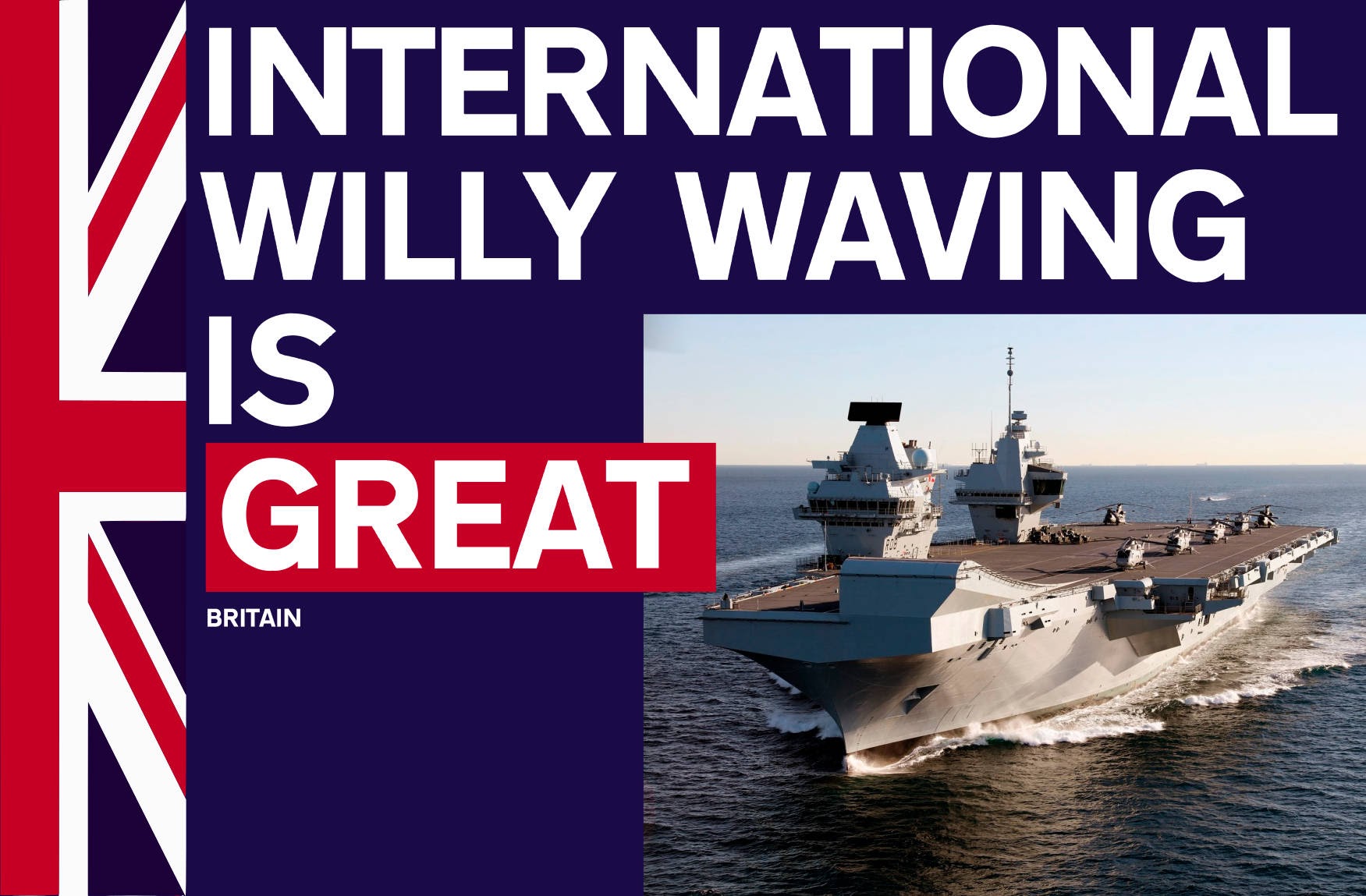 As reported by CNN, the British Government is to waste untold millions of taxpayer money sending 8 incredibly expensive warships on a long and still more incredibly expensive voyage through the Pacific. The purpose of this obscene display of willy waving in some of the most hotly contested waters in the world is to "fly the flag" for "Global Britain," projecting good old-fashioned Great British values such as hostility, arrogance, and over-confidence.

The fleet will have air support from the USA and Netherlands. The Royal Navy does not have enough planes to fill its own aircraft carriers.

Meanwhile the UK continues to ignore the report by Philip Alston, United Nations special rapporteur on extreme povery and human rights, who condemned the British Government for rising inequality and the "mean-spirited, callous" way it treats the poor. In the UK the gap between rich and poor is one of the largest in the developed world. It was the fourth most unequal state in Europe (when it was part of Europe.)

The UK is expanding its arsenal of nuclear weapons, all of which are located in Scotland and regularly transported across it by road, and none of which will ever be used (and can't be without consent from the Americans). The ever-rising cost for the replacement for Trident is currently estimated to be between £71.4 and £140.5 billion.