Ivan McKee of Business For Scotland gave a talk about economics in Kirkwall on Monday the 9th of June, 2014, which he kindly allowed us to record. Following his presentation is a lengthy and informative question and answer session. Watch on YouTube:

Scotland is the 8th richest country in the world

We can afford independence. According to 2011 OECD figures, the United Kingdom as a whole is the 14th richest country in terms of Gross Domestic Product (GDP) per capita, and Scotland is 8th. Of the 10 richest countries, 8 are small, independent Western nations such as Luxembourg (no.1) and Norway (no.2). Despite the financial turmoil they have been through in recent years, even Iceland and Ireland fare better than the UK. They are in charge of their own respective destinies, and have been able to react quickly to address their problems. 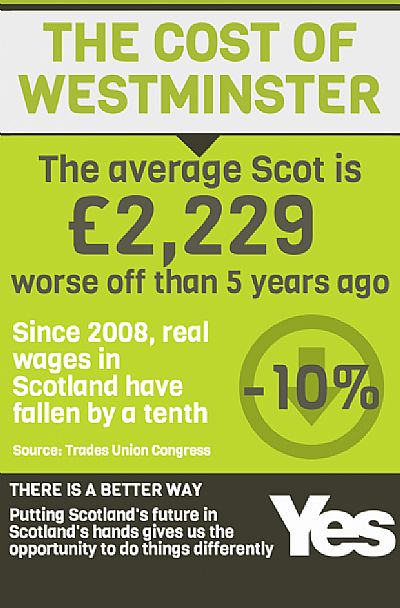 According to the annual Government Expenditure and Revenue Scotland (GERS) report for 2011-12, the GDP per capita generated in Scotland was £151 billion, or £28,496 per person. That's around 18% higher than the UK average of £24,122. Even completely discounting oil revenues, the average GDP per person is 99% of the UK average - as near as makes no difference. Oil accounts for 15% of the Scottish economy, but we have a lot else going for us - renewable energy, tourism, food & drink, creative industries, world class universities, agriculture, construction, and so on. In fact, Scotland has generated more income per person than the UK average for each of the last 30 years!

Current estimates put remaining North Sea oil reserves at between 16 and 24 billion barrels, of £1 trillion to £1.5 trillion in value (and that's not accounting for new technologies or discoveries). Norway has managed its oil resources very wisely, and as a result is the only country in the Western world with no national debt. Recently, every single Norwegian effectively became a millionaire! It is not too late for Scotland to follow their example. 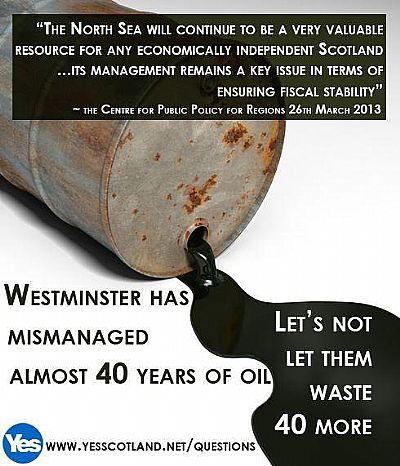 Scotland is not a "subsidy junkie"

Scotland does spend around £1200 more per person on average than the rest of the UK (GERS 2011-12), however it also generates more in taxes (£1687 more per person). This money is spent on things most of us value, such as public healthcare and rural infrastructure. If Scotland rejects independence, what guarantee do we have that this additional spending will be allowed to continue, or that the NHS won't be privatised in Scotland as it is becoming in England? The increasing austerity measures being imposed upon Scotland by a coalition it didn't choose or get a chance to vote for will only worsen if the majority party in the current coalition wins the next general election. Voting No in the hope of negotiating a better deal for Scotland later is a very risky strategy. 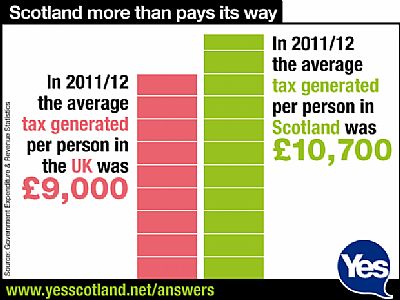 Scotland is not benefitting from the Union

Scotland has 8.4% of the UK population, generates 9.9% of UK revenue, and accounts for 9.3% of UK spending (GERS 2011-12). That 0.6% difference amounts to £4.4 billion pounds that we put into the UK economy and do not see back. If Scotland were an independent nation, we could invest, spend, or use that money to reduce national debt. In fact, the Union has cost Scotland £64 billion over the last 30 years.

It is very interesting to compare the wealth created as GDP throughout the UK, to wealth distribution. The following maps, courtesy of Business For Scotland, and created using data from the Office for National Statistics and Eurostat, paint a shocking picture.

Where wealth is created: 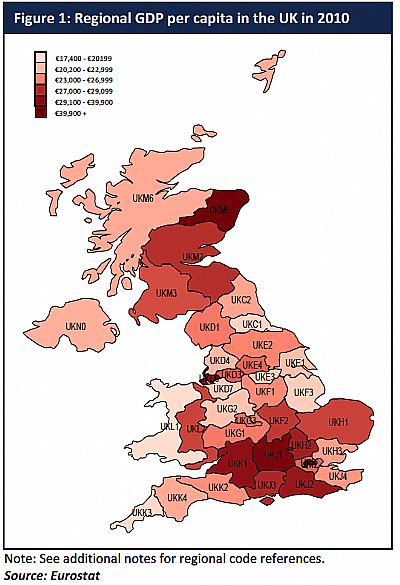 Where wealth ends up: 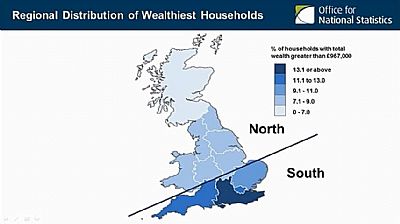 This affects life our expectancy! 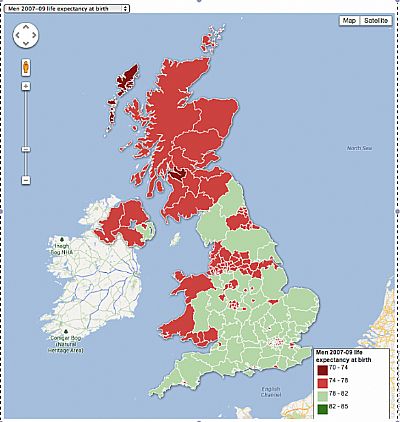 As a percentage of GDP, the average European budget deficit is 6.5%. The UK is at 7.9%, and Scotland 5% (GERS 2011-12). The exact amount of debt Scotland will inherit upon independence is subject to negotiation, but because of our high GDP we are in a strong starting position no matter how it is calculated. In addition, the UK treasury has recently announced that it will underwrite every single penny of the massive debts it has run up. This is a significant boost to the already strong economic case for Independence.

At the moment, Scotland runs a lower budget deficit than the rest of the UK, but the people of Scotland pay a disproportionately high amount of the interest due on the national debt. The UK national debt is around £121 billion, and the interest amounts to approximately £48.8 billion per year, of which we pay 8.4% - yet Scotland receives only 4.9% of that money in return.

Also, it is important to remember that upon Independence, Scotland stands to inherit a significant proportion of the UK's £1.3 trillion in assets, worth £109 billion at a conservative estimate! 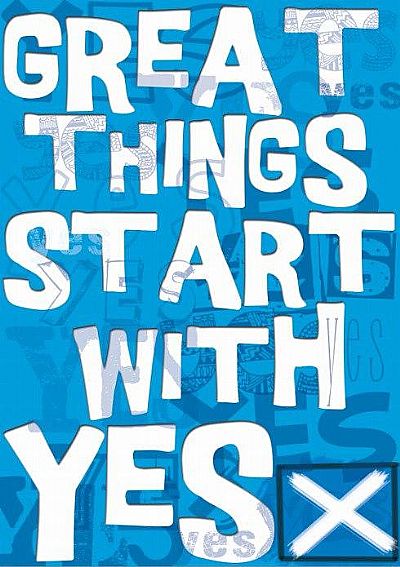 Much of the data on this page came from Business For Scotland. Please visit their website for more detailed analysis. The following 30 minute presentation is also very much recommended.