Skip to Main Content
Login
YoutubeTwitterFacebook
Ahead of the Scotland / England game...Scotland and Slovakia: A valid comparison?Time to tidy the houseReasons for Yes - Angus Fraser1979 revisited - Devolution is Dangerous!Index 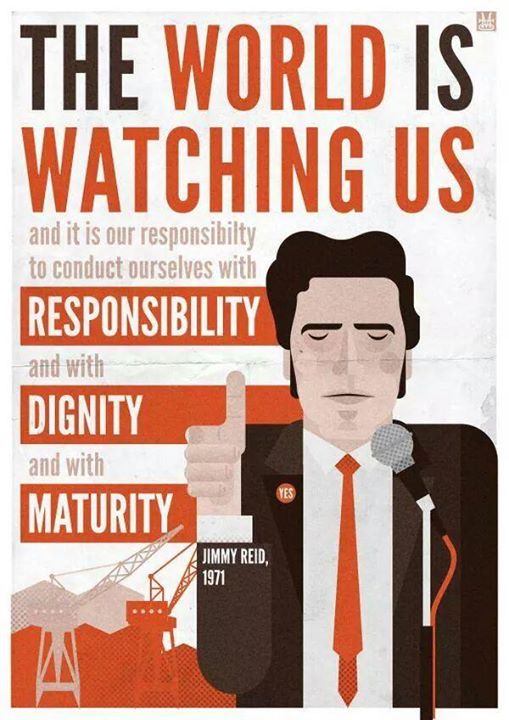 It has been brought to Yes Orkney's attention that a sign erected locally by Better Together Orkney has been vandalised. This is unfortunate, and having had damage caused to a number of Yes Orkney's signs - which have been handmade in Orkney by two volunteers using their own materials - we can only sympathise.

We decided not to make an issue of these incidents at the time, but for the sake of balance here is a before and after of the Yes sign in Orphir. We have also had to repaint the Yes sign opposite Kirkwall Airport more than once. 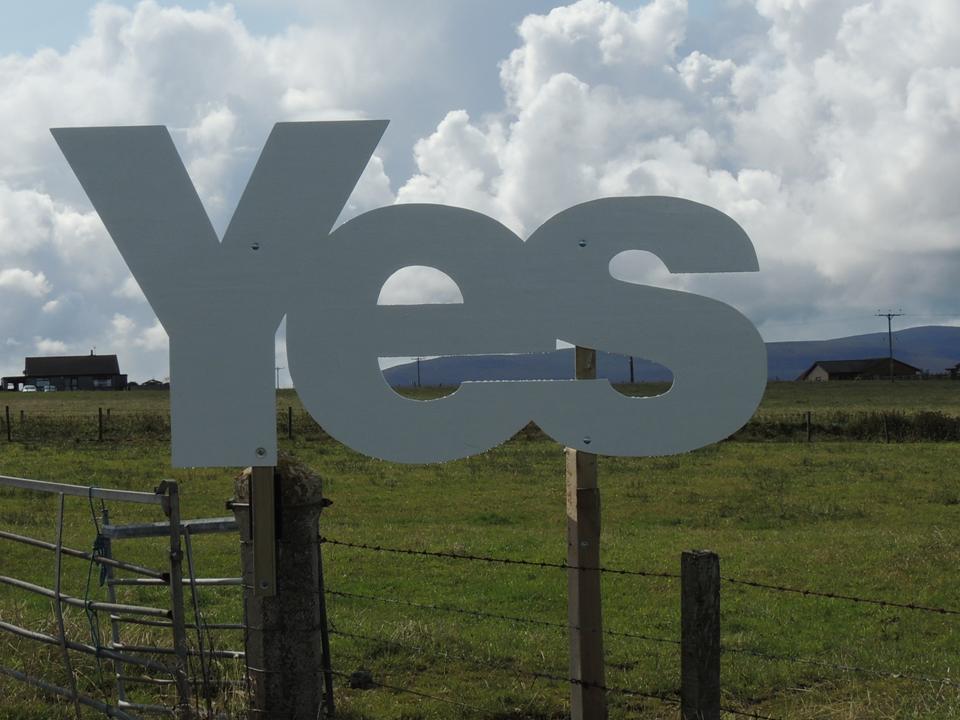 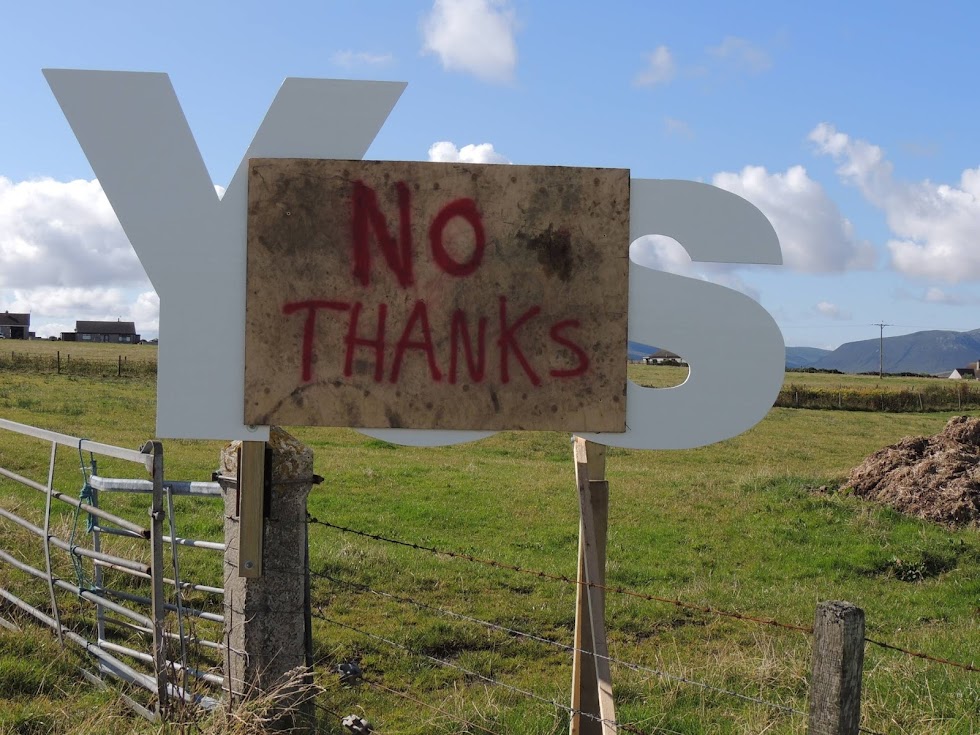 Update: as of 16th September this sign appears to have been stolen.

Here too are some photos of the lovely Yes banners crocheted by Rosemary Dempster on Sanday, which she had to redo following their destruction. 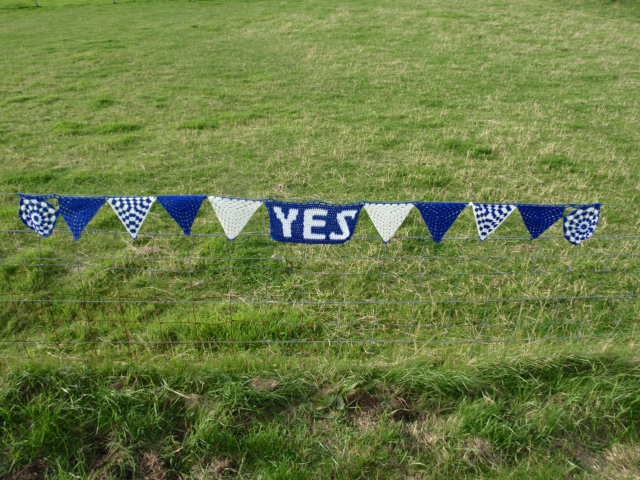 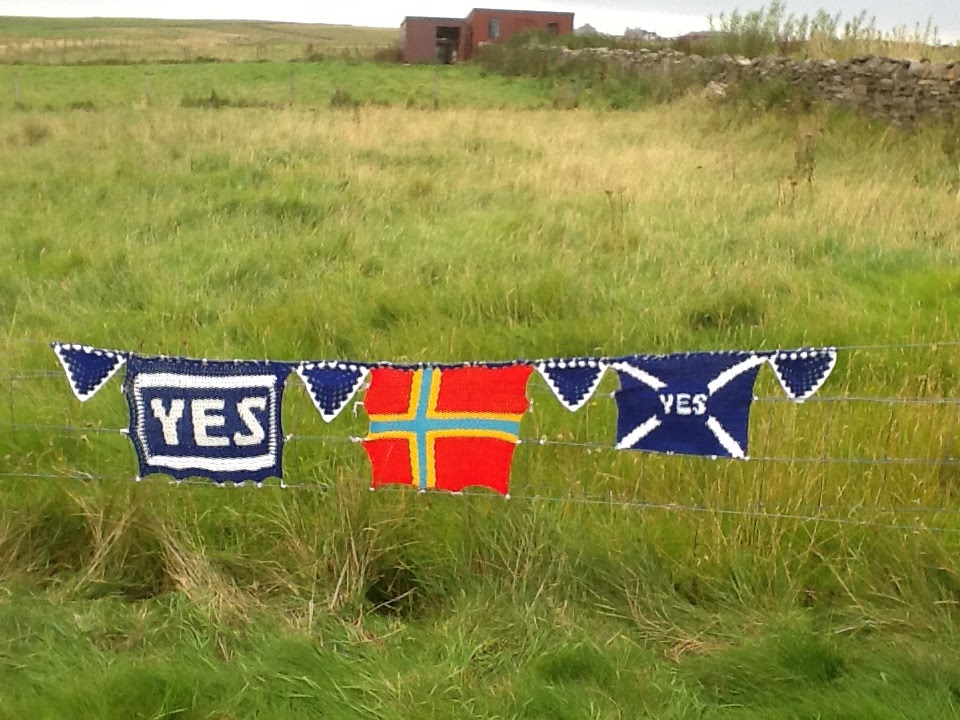 Yes Orkney does not condone any of this kind of behaviour and we are sure that Liam McArthur and Cameron Stout from Better Together Orkney would only agree.

As we said in The Orcadian this week - 'Keep Calm and Haad Gaan'. 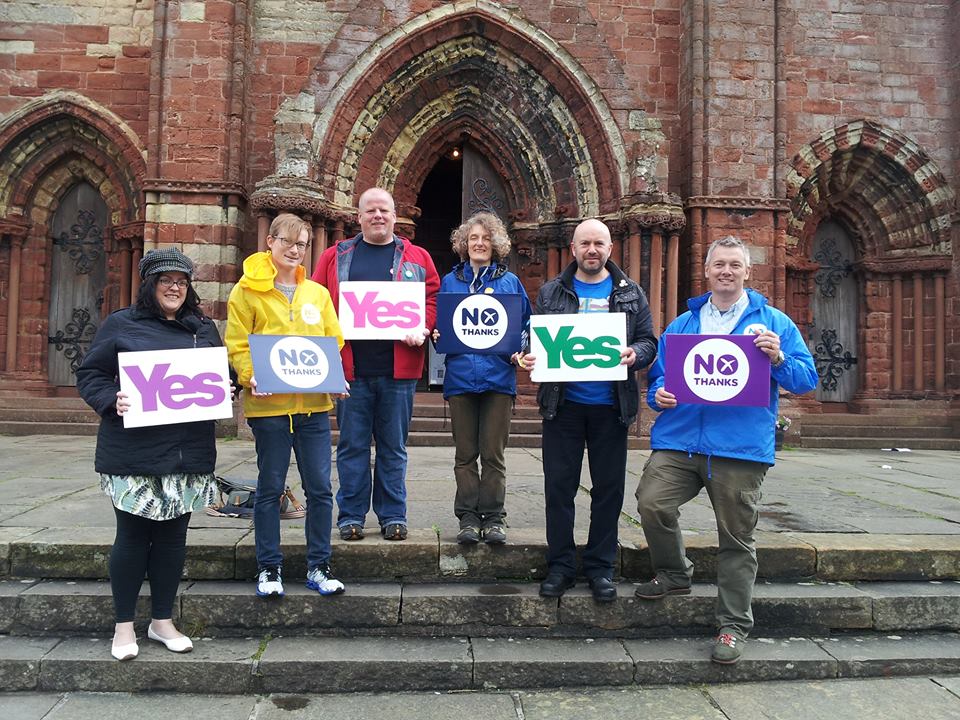