A BIT OF HISTORY

Once upon a time there were woodlands covering much of Orkney. A dense tangled forest of downy birch, hazel, aspens, rowans and willows, were brightened by splashes of colour from wild roses and the scent of twining honeysuckle filled the air. Perhaps the hilltops were bare, perhaps only clumps of willows grew in the wetlands. 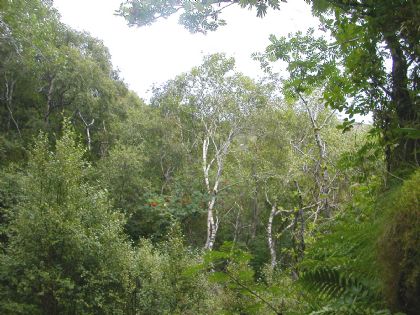 Scientists find and interpret new evidence all the time – preserved in the peat lie the preserved pollen from thousands of years ago. Sometimes whole pieces of ancient wood are revealed in peat cuttings. (They even have a local name – scrogs.) In our big shallow bays, low tides sometimes uncover the stumps of  long-dead trees, illustrating the changes in sea level that have taken place.

So what happened to the trees? It could have been a change in the climate? It could have been the arrival of Neolithic farmers with their grazing animals? Perhaps it was a combination of the two? Whatever the reason, one can imagine that once the outer edge of woodland was damaged by wind or by felling, then the inner trees (which would have been used to more shelter) would be vulnerable to damage. The grazing animals would have prevented  natural regeneration of young seedlings. It appears that the tree cover diminished quite quickly. 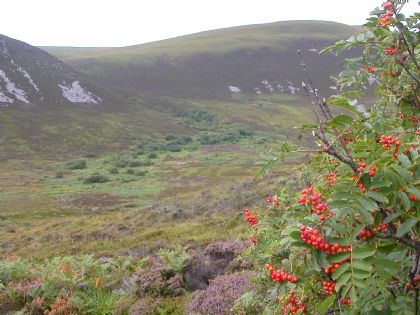 Today, we have only remnants of native woodland left on Orkney, the most famous and complete of which is Berriedale on Hoy, which is known as the most northerly native woodland in Britain. On Mainland Orkney,  there are a number of extensive native willow ‘carrs’  Our remaining Aspen hang on in remote sites, sometimes dwarfed by their cliff top locations.