Hearty, you may call us. We met at Burwick on a very blustery day.

Ellie joined us for her first outing, and John was accompanied by his Brother and Sister In Law who tolerated us for a bit and then did their own thing.

We turned our backs to the shore initially and examined the ditch and grassy slope in front of us, where we found a number of different plants which included the frayed petals of Ragged Robin, splendid sentries of Northern Marsh Orchids, and an immense surprise ....an apple bush. None of us would have guessed it, but Jenny knew. Whether it be there by human means or birds it isn't exactly blooming but it's not dead! We also found Nootka Lupins clinging on to their blue and white flowers. These were planted because they released nitrogen into the soil.

Lesser Spearwort and Field Horsetails plus the leaves of Colt's Foot proliferated in the ditch, whilst under our feet were the yellow flowers of Tormentil and Meadow Vetchling plus Bird's Foot Trefoil and Kidney Vetch. John informed us there were two sub species of Kidney Vetch, but it was difficult to inspect these today as they were past their best.

Meadow Sweet Flower heads were showing and Graham and Merryn told us you could use these instead of Hops. In fact they have a brew going now and John in particular was very keen to taste it!

The Coastal path yielded the seed heads of Spring Squill, Wood Rush, Mouse Ear, Scot's Lovage, Angelica (has anyone ever tried 'candying' this?)

Eyebright plants, of which there are several kinds in Orkney, provided much examination. John thought the first example might be 'Confused' as the stem was thin at the bottom (I hope I've recorded that correctly!) but we also saw more Eyebright which may have 'hybridised'.

We walked along the top of the cliffs to see if we could find Puffins, but they weren't playing...we did see a variety of nesting birds, let's hope they are free from the flu.

Red campion abounded there and John told us that it was easy to distinguish male from female. The female flowers have a bladder behind the flowerhead which turn into seed heads. We also spotted the flower heads of Yarrow.

On our return to the shingle shore, John pointed out the rosettes of the annual Sea Pearlwort. We saw Procumbent Pearlwort (perennial) in flower on the jetty. He and Kate saw Lesser Sea Spurrey with it's pink flowers but most of us missed this gem, alas.

Walking to the far shore along the wayside we found lots of both Tufted and Bush vetch as well as Lesser Trefoil.

On reaching the shore we saw splendid Oyster plants with their beautiful purple/blue flowers. These grow mainly on the East side of Orkney. We all agreed they looked like desert type succulents. Indeed the leaf rosettes of young plants are particularly fleshy. We also saw Babbingtons Orache (how do you pronounce that?!) and have I mentioned the lovely Sea Mayweed.?

All in all a very enjoyable afternoon despite the wind!

My thanks to John and Jenny for their knowledge which they share so generously with us on these outings. 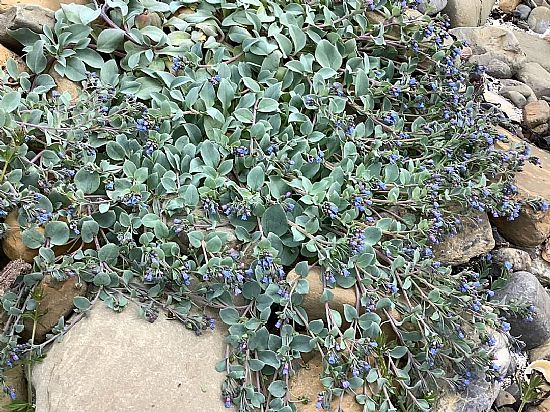 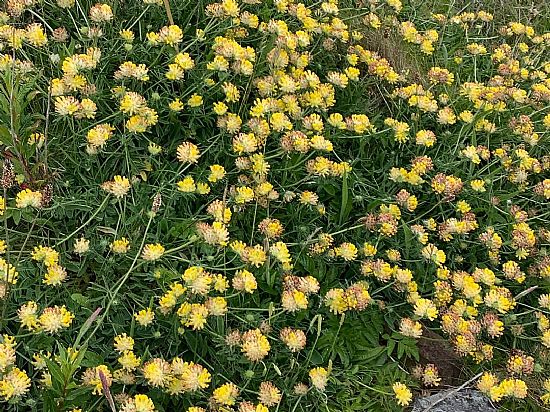 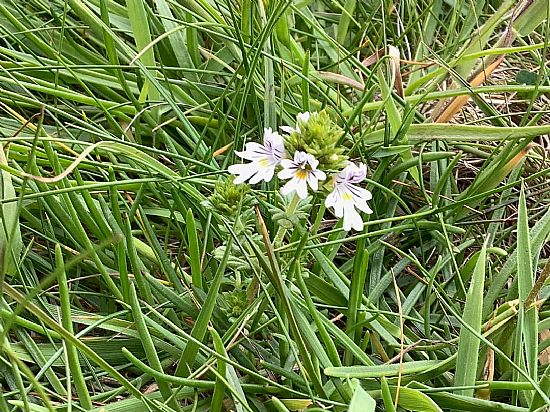 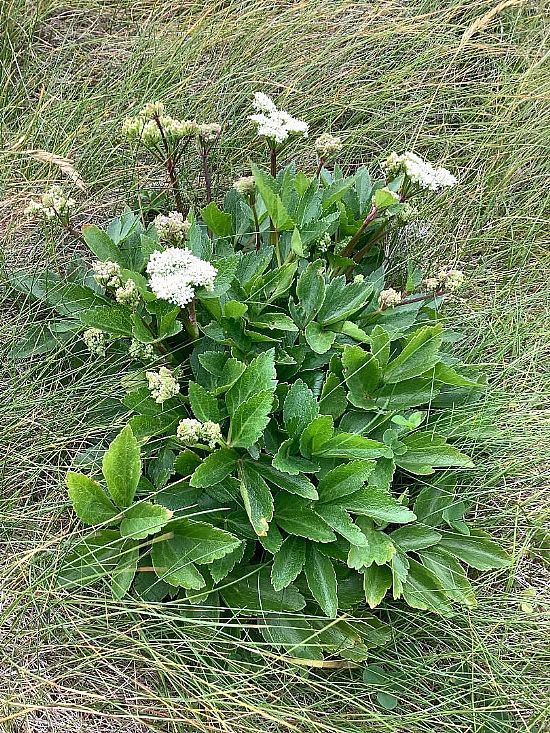