Caroline Melody does not need to go to the seaside for her holidays as she lives right on the shore in Orphir. It was this proximity to the sea that kindled her desire to learn more about seaweed. What an exponent of them she is, extolling their nutritious proponents (minerals, trace elements...) as well as the benefits of seaweed baths, where the gel from the plant leaves the skin feeling very soft.

As someone who does not like sea swimming because of the thought of the slimy weeds there-in, and not being a great “ food for free”forager you may think me an unlikely candidate for this outing but Caroline filled the 11 of us gathered at Birsay with such enthusiasm and delight that I might even open the “seaweed and eat it” book that has been sitting neglected amongst my recipe books for some years.

Caroline explained that all seaweeds are edible, either dried or raw and she brought with her a jar full of different kinds for us to try.(  I have memories of the Japanese exchange teacher who stayed with us in the 1980s making tuna rice balls wrapped in seaweed for our tea). Caroline also told us that in order to dry seaweed it should only be rinsed in salt water and hung to dry on a line out of the sun. Cut it whilst it is still damp.

Seaweeds come in 3 different colours :  Brown, Green and Red and are made up of 3 different parts Hold fast, Stipe (stalk) and Blade , the latter being the main part.  Sometimes it is difficult to distinguish these. In addition they grow in different areas of the shore and some can tolerate exposure during different states of the tide

We were sent out to collect samples for identification.  Within a short time we had amassed several bundles.

Brown proved to be the predominant colour. The most impressive of these , because of their length, were the Laminaria: Sugar Kelp, Finger Kelp and Oar Weed. The latter (Tangles) used to be collected in Orkney for the alginate industry. Four wracks were also identified: Bladder, Saw Tooth, Channelled and Twisted.

Of the green varieties we found both Sea Lettuce (Ulva) and Gutweed which is one cell thick and tubular .

Dulce , which grows on other weeds, was the only truly red seaweed we found. Elizabeth also found Laver (which looks more brown than red admittedly) This is used in the making of Laver bread. Irish Moss which Graham told us was used by Brewers to clear beer was also found.

So we collected at least 12 different varieties in a very short space of time and they were abundant! In addition Caroline had brought a very nice example of channelled wrack which was attached to a stone.

We spent a wonderful hour in glorious sunshine. Caroline fired us up with her enthusiasm and at least one couple went home with samples to try!

It was lovely to be joined by new members especially Elizabeth all the way from Westray. She sent me great photos of seaweeds which she’d found at Deerness in the afternoon!

I am grateful to both Jenny and Chris for the photos.

Huge thanks to Caroline for sharing her knowledge and enthusiasm with us.

What a wonderful outing for our final one of the year.

I f you find errors in this blog they are all my own! 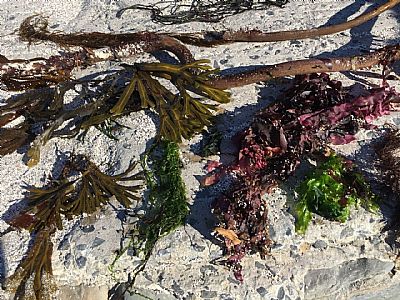 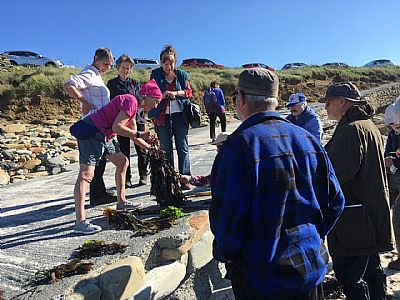 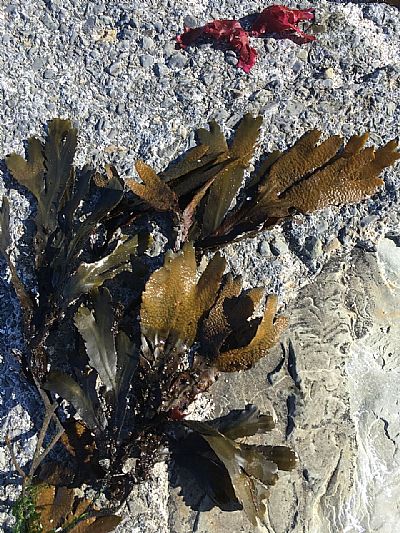 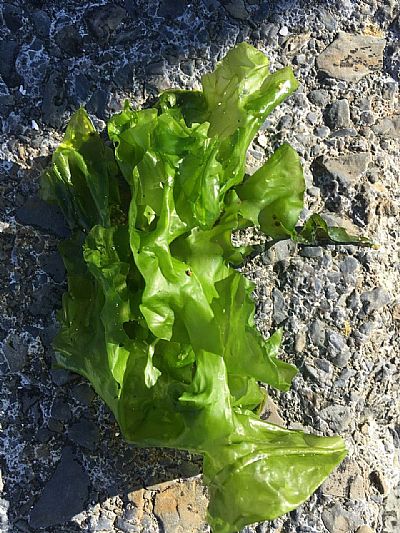 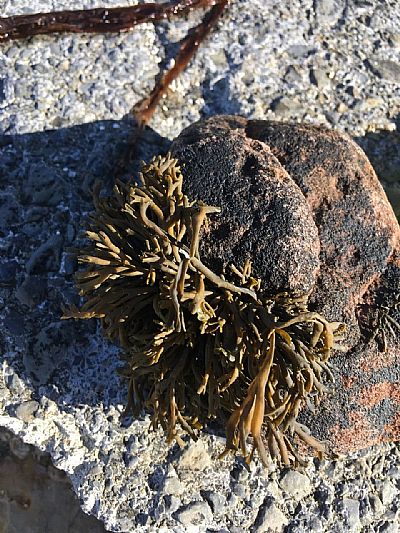 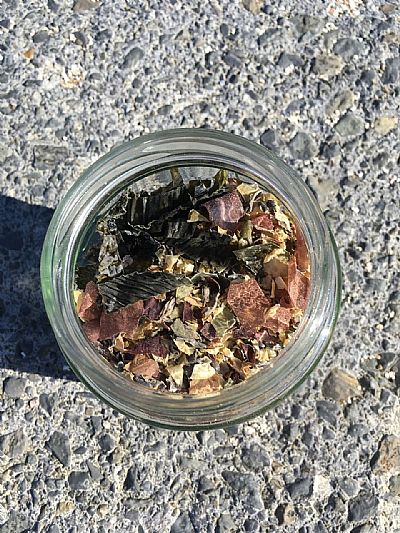