Six of us met at Vagaland on 10th September to go through the moths caught the previous night in Peter’s trap. It had been a pretty wet night and there was a good deal of water in the trap, making many of the egg boxes rather soggy, but the catch was a large one, though not very varied. The great majority, probably over 90%, were Large yellow underwings, with only a small number of each other species, the commonest being Rosey rustic. Angle shades, new to the group., and Autumnal rustic, were easily identified. Two other species we were not sure about, but turned out to have got right, were an Ear moth (labelled “agg” as they cannot be certainly pinned down to species from visual inspection) and Square spot rustic. Photos of these, taken by Jenny and shown below, were sent to Sydney, who confirmed our identification. 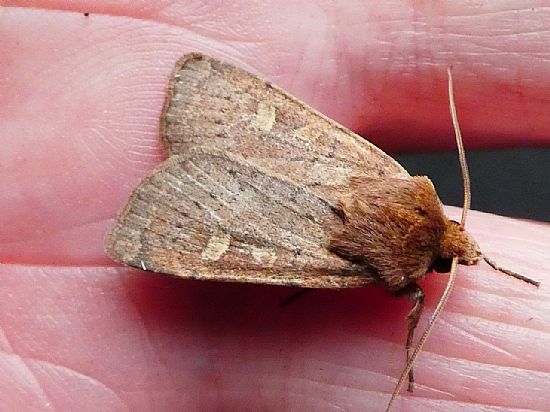 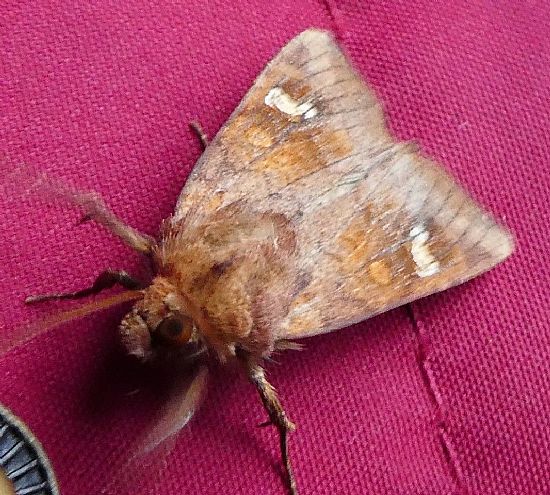