The day we chose for the inaugural meeting of our new moth group was not particularly auspicious, being quite cool, with a spot or two of rain overnight, and rather windy. The trap was placed the previous evening outside my house (Vagaland. Stromness) but, having blown over, had to be moved to a more sheltered spot down the garden. The lamp was set to be on from 10pm to 5am. Ten U3A members gathered at 10am (Jeannie Wright, Gillian Midgley, Kate Sutton, Trevor Kaye, Peter Slater, Barbara Todd, Ian Robertson, Nan Traill Thomson, Ian Robertson, Jenny Taylor) and Sydney Gauld, the Orkney moth recorder, joined us to help get us started. A few the moths would certainly have foiled us without his help, so much thanks to him.

The catch was not enormous, but we had 50-100 moths to go through. As usual in early August, two species were particularly common, Dark arches and Large yellow underwing, and we were able to learn their salient features. But we also has small numbers of several other species, so we ended up recording 11 macro-moths (Common rustic, Large yellow underwing, Dark arches, Antler moth, Dotted clay, Lesser broad-bordered yellow underwing, Snout, Smoky wainscot, Middle barred minor, Double dart, Burnished brass) and one micro (Agriphila tristella).

A good start to the new group. We hope to meet again in 2-3 weeks. 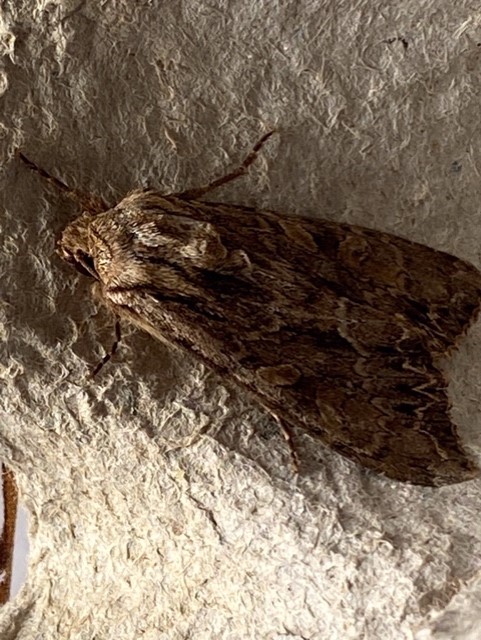