On Wednesday 18th September ten of us took the ferry to Rousay to enjoy a walking tour of the Trumland Nature Reserve guided by Christine, the RSPB Warden.

The trail leading up to Knitchen Hill was occasionally steep and slippery, providing a challenge in parts. There were relatively few birds to be seen up the hill at this stage of the season but a reward for the exertion was a fine view of the north isles and Fair Isle during a lunch break at the summit. A buzzard was seen as we descended by the alternative route and several fulmars paid us close attention.

After a brief refreshment break at the Craft Hub we made a circular tour of the island by car, stopping at frequent intervals to see a profusion of birds at lower levels, on the coast and at Wasdale Loch. As always on our outings some folks spot more species than others but they help the group to see and (hopefully) learn a little more of the 43 or so recorded on the trip, which were:

On the point on Eynhallow: large numbers of Cormorants or a mix of Shag and Cormorant

Between Westness and the Pier: a buzzard, (same as seen earlier?)

On the pier: Kittiwakes and From the boat: Eiders

Many thanks to Sally for compiling the record of our collective sightings and to Christine (RSPB) for her expert guidance.

Further details of the next outing will be circulated nearer the time. 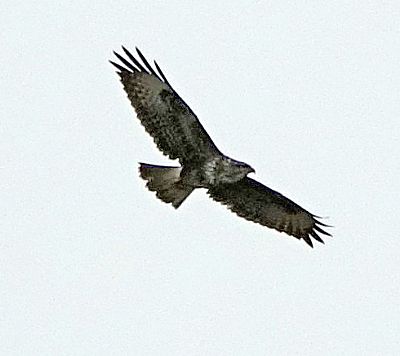 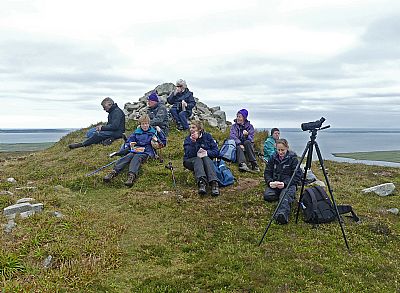 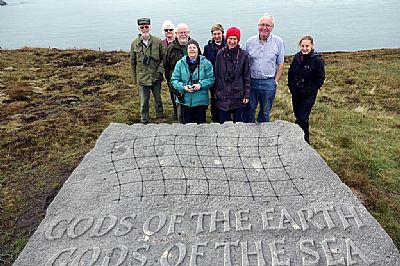