Six members of the botany group met on the road below Russadale, some of us having previously parked at Happy Valley. We set off up the hill veering to the left onto the track that leads up to the quarry. Although it was late in the season, so that many of the plants were well past their best, there was much to be seen in the botanical line and progress was slow. It is also a lovely area, new to several of us, so we were enjoying the ambiance as well as the great variety of plants. It was warm and sunny, and the clear weather gave a splendid view of both Harray and Stenness lochs as well as the Ness of Brodgar stretching away north-west between them.We were accompanied by a lot of meadow brown butterflies and at least one common blue.

We saw nigh on 50 plant species and, thanks to John Crossley’s tutorial on our previous outing, were even able to identify a few of the grasses and sedges we had a look at, so all in all we listed a good variety. Doubtless there would have been more had we made it to the quarry but time was getting on and we turned back before getting there. We repaired down the hill and refreshed ourselves at Gerry’s ice-cream parlour on the way home. It had been an enjoyable and productive afternoon. 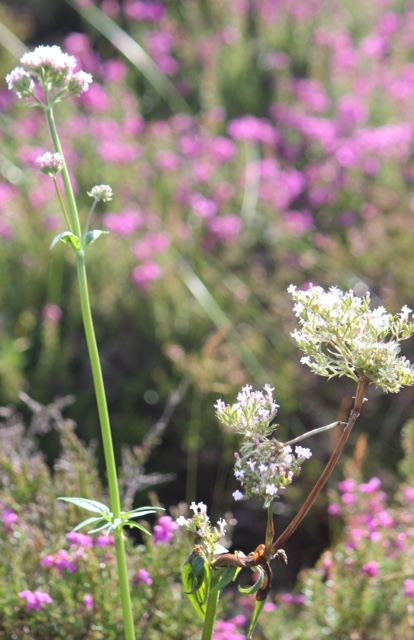 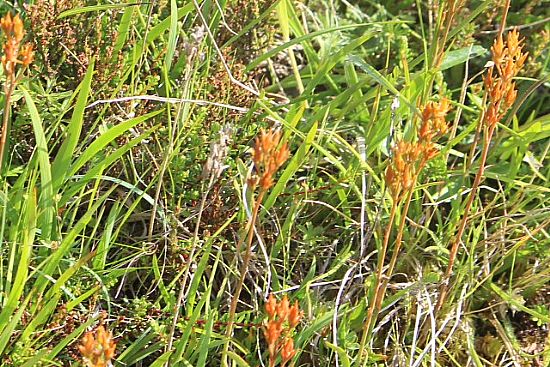 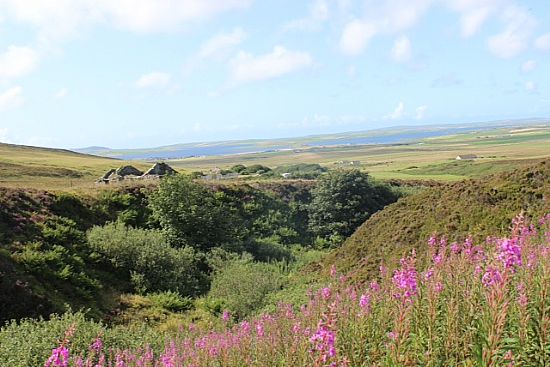 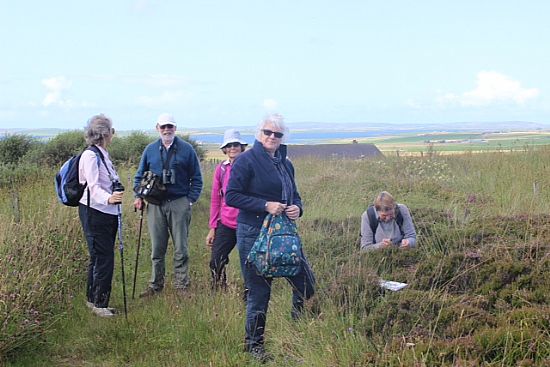