On 25th July 2018 eleven members of Photo Group 1 descended on an unsuspecting Honeysgeo.  Specially for us, the sun went in, the wind turned cold and a few drops of rain came down, but we scattered to all corners – round Grimness, down the coast to the wreck of the Irene, up and down the shore and in and out of the abandoned house and sheds.

The tide co-operated and laid bare most of the beach and encouraged six or so seals into the bay and onto the rocks for a blether and a sunbathe.  Sand Martins were also nearby, but no trace was found of the sea kale, which an authority on these things had told us was the last remaining on Orkney.

Afterwards we did a lot of damage to a generous supply of cakes, biscuits and beverages at the Sands Hotel and reviewed photos from previous outings to Rerwick and Westray and on the theme of ‘reflection’.   It’s a very simple idea, unleashing a gang of photographers with their cameras and just one word to guide their efforts, but the results are always full of surprises and imaginative discoveries.   Reflections were in every type of shiny material and of a host of different subjects, from humans to seals, flowers to boats, wading birds to Ferris wheels.  Rerwick is clearly a good source of photos of rusty things – I wasn’t there so clearly the group is now generally afflicted by my emotional need for decay and dereliction!

Next trip on 22nd August – probably to Eday – is in the safe hands of Sally Hallam.  The theme for the month is ‘sunshine’, so expect a deterioration in the weather. 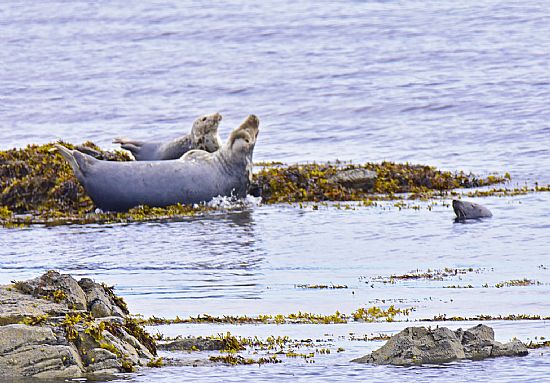 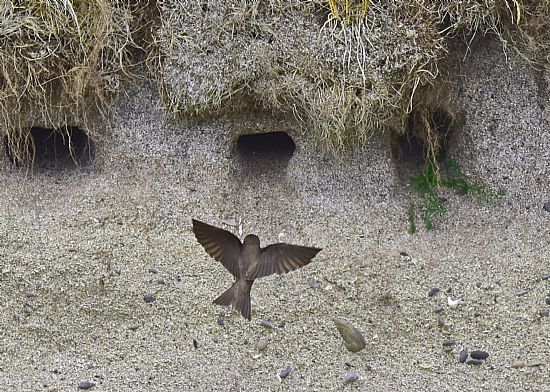 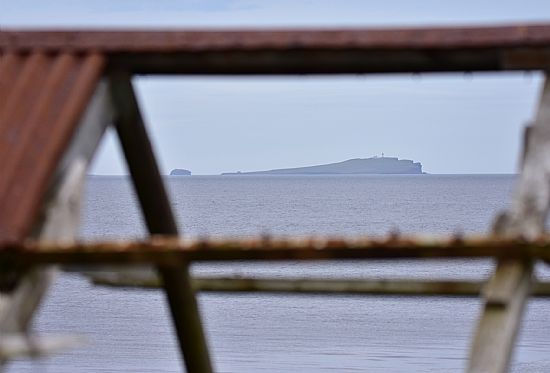 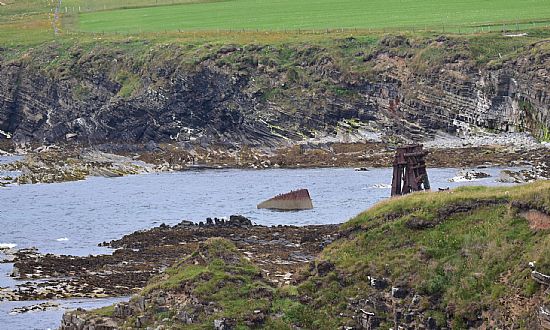