Seven members of the U3A Botany group met at the Brodgar car park at 2pm on Tuesday 17th July, a pleasant warm afternoon. While there were no liners in, the car park was almost full and a series of buses from the John O’Groats ferry also came and went, so the area was somewhat inundated with people. However, once we were over the road we were able to avoid the crowds by walking along the field edge rather than to the ring, and then over to the path down to Stenness Loch. While we saw a lot of plants in the splendid wildflower meadow round the ring, we would have been better visiting earlier as it was rather overgrown and past its best. At the side of Stenness we saw sea aster flowering on one of the small islands. Returning from there and going past the ring on its south side we stopped at what is usually a small pond, but in this dry summer had not a drop of water in it. Here we found a plant in flower which foxed us all but was identified from a photo by John Crossley as marsh speedwell, a species not common in Orkney. From there we repaired to the car park adding some non-botanical interest with a smart male stonechat by the road and a fine emperor moth caterpillar which we rescued from the middle of the car park flagstones and placed in the neighbouring vegetation. 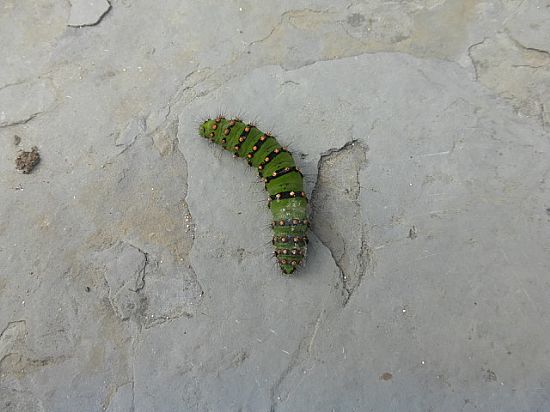 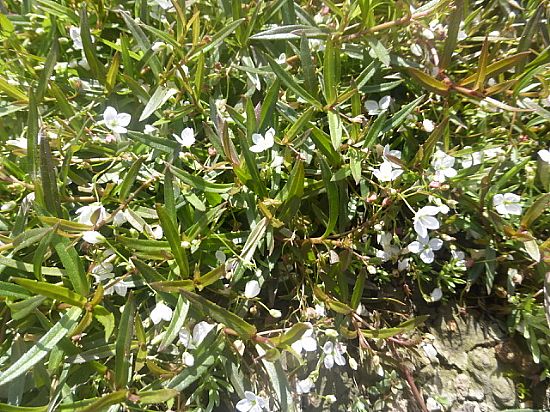 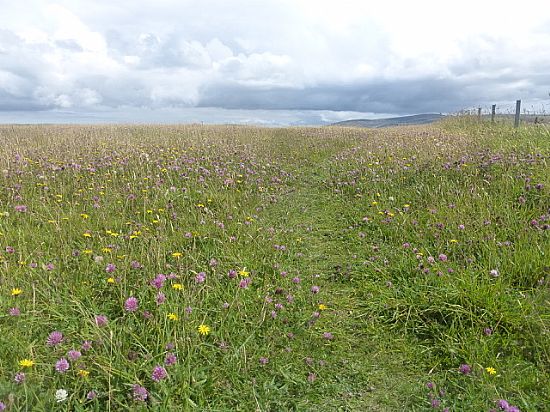