14 of us met up at St. Peter's Kirk, Eastside, South Ronaldsay to explore a variety of habitats. The weather was on its best behaviour, mild, little wind and not a midge in sight either. The planned route was slightly stymied by an electric fence and cattle with young so instead of a circular walk followed by a foray along the beach we did two short, linear walks. First we headed north along the road and track, passing two lochans and along to the old manse with its well established bushes. The lochans did not disappoint and on or around them we sighted greylags, lapwing, widgeon, mallards, redshank, shoveller, starlings and fieldfare. The thicket beside the house was home to a robin and wren, with blackbirds too. Next we viewed the rocky coast from small coastal cliffs and were rewarded with sightings of herring gulls, shags, ravens, eider, oystercatcher, black backed gull, rock pippets, redwing, rock doves, long tail duck and ringed plover.

Back to the car park for a further change of scenery as we walked across the meadow to the millennium stone. This habitat yielded meadow pippet, stonechat, sparrow, curlew, turnstones, golden plover. Finally we extended our tally with heron, linnet and knot as we walked along the sands. There was also a very extrovert wheatear which gave us terrific quite close sightings for several minutes.

Also worth a mention were the inquisitive seals, domestic chickens and a stuffed owl seen through a house window (not counted in our number of species though). These aside we were pleased to have seen 32 species, also some sun and the merest hint of a shower just to make us appreciate this fine autumn morning. Thanks to all  turned out and to Tim for lugging the scope around, setting it up and sharing it so generously. 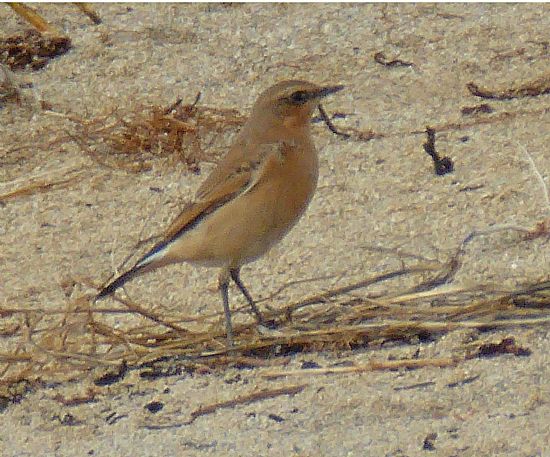 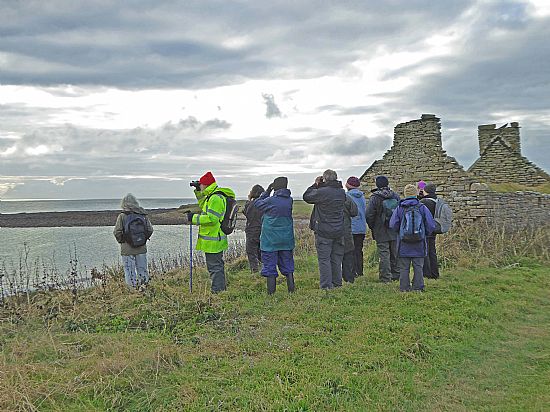 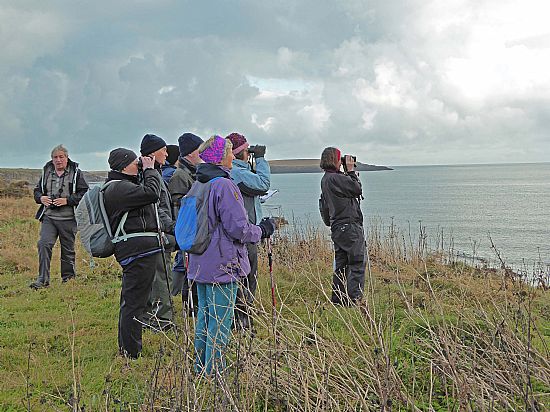