The island of Wyre was the destination for the Group’s final outing of the year, on a still, mild day with occasional sunshine.  John Crossley, the BSBI county Recorder was with us and keen to get a good list for a 1 km square (as part of the recording effort for the Atlas 2020 project).  A passing islander suggested that we had ample time to walk the length of the island and back before the next ferry.  She did not know we were botanists and that looking at all the plants along the way would make that impossible!

Some waste ground by the pier was productive; we compared the finer points of three species of Sow-thistle – Perennial, Prickly and Smooth – growing together, and there was a good variety of other weeds of cultivation there too, including Bugloss, a species not seen often nowadays and, it turned out, a new record for the island.  Ambling up the single-track road from the pier, we found another weedy patch, with Common Ramping-fumitory flowering nicely, also Wild Pansy, Corn Spurrey, Knotgrass and lots of Common Hemp-nettle.

Cubbie Roo’s Castle was next, its walls adorned with a little fern, Wall-rue, a rare plant in Orkney.  We also found it on the walls surrounding the nearby medieval chapel, where it had not been recorded before.  The walls, banks and ditches of the castle are manicured but even so supported some plants we saw nowhere else, including Wall Speedwell, Field Forget-me-not, Marsh Cudweed and, in a little pool, Thread-leaved Water-Crowfoot, Common Duckweed and Common Water-starwort.  Here a passing, very friendly collie dog took an interest in proceedings and ran off with a mouthful of Starwort.  Patches of semi-natural grassland survive on steeper parts of the slopes surrounding the castle and these had three sedges – Glaucous, Carnation and Flea.  The fruits of these were ripe and clearly distinguished the first two otherwise similar species.

After a look at ditches and marshy hollows with Bog Stitchwort, Marsh Marigold, lots of Water Horsetail and an occasional Blue Water-speedwell time was running out and we headed pier-wards.  By this time we had recorded 90-odd species.  Would it be possible to get a 100?  The competitive spirit kicked in: with searches of roadsides, wet hollows and a narrow strip of saltmarsh the target of was easily surpassed, with a final total of 110. 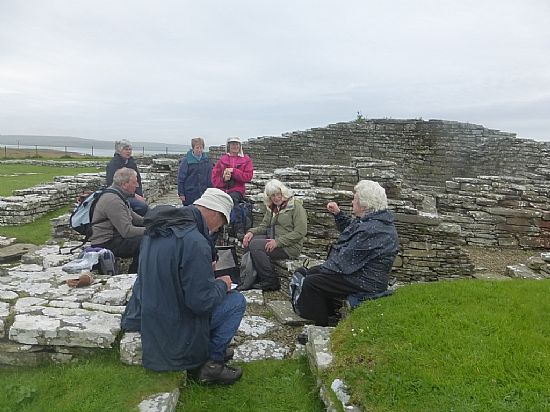 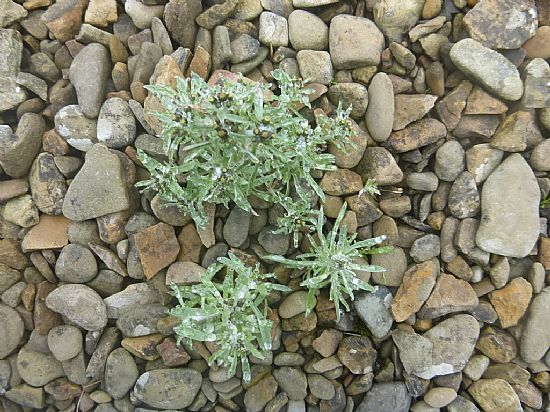 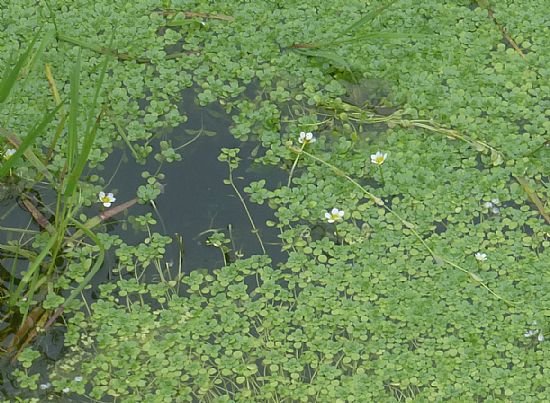 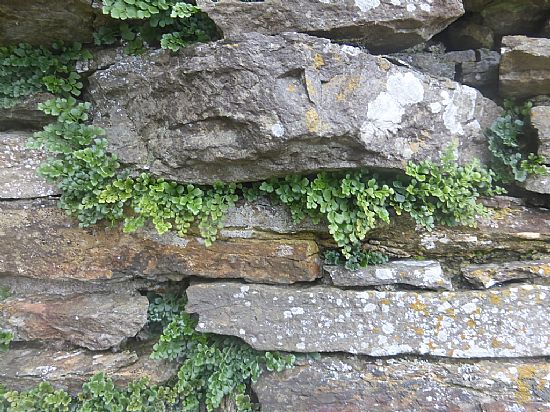