Nine of us made the trip to Warbeth and were greeted with sunshine and no showers ,although the wind was cool along the shore .Plenty was available to photograph from the remains of a wreck on the beach to the grave stones over other remains . Plenty of birds were in evidence including a mass around a tractor ploughing in the distance and a giant flyby by skeins of Gray Lags..The hills of Hoy were looking very attractive while the sea was a lovely blue colour .A great day to be taking photos .

Lunch was taken in the Standing Stones and the photos from Herston were perused .The Hostel and its sign had produced some stunning images ,none of which made you want to stay there ! The decay was photographed in loving detail by all attenders, with the chair and it's shadowed wall algae providing the greatest interest .The boats on the shore were a highlight too, with a snowy rendition taking the eye particularly.It was also interesting how much better the Black and White photos of the rotting hulks had captured the essence of the destruction than the colour ones had .

" New Life /Emergence " provided all sorts of spring photos from Snowdrops to Daffodils,lambs to calves and a variety of buds bursting forth .However, the new roundabout on the way to Scapa had two pictures including an impressive night shot .A terrific sunrise  seen from behind trees was the nicest interpretation of the Emerging Day .Well done to all who used such imagination in getting these images .

The next meeting is on Wednesday 20th April meeting at the pier in Stromness to catch the 10 am Golden Mariana to Graemsay coming back 16.15 to Stromness .A packed lunch will be required .If the weather forecast is against us, an alternative will be arranged nearer the day .

The project this time is "Moving /Movement ". 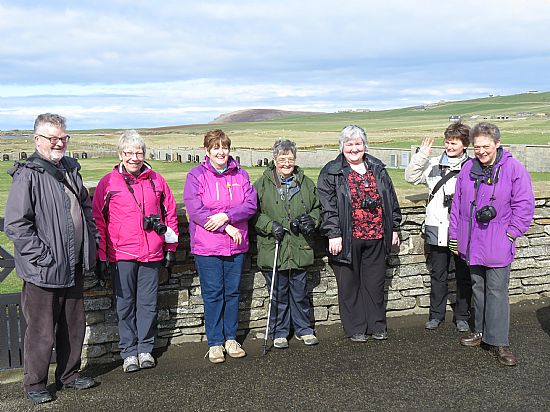 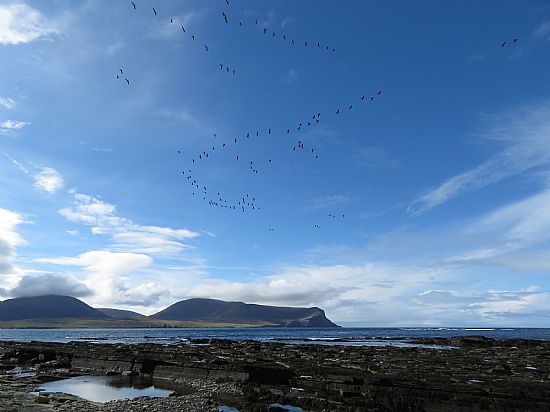