Our walk today started at the Broch of Gurness and 9 hardy souls met at 10am to see what they could see…  Wonder of wonders! Storms Abigail and Barney had passed by and Storm "Chardonnay” had not yet arrived and we were lucky enough to complete our walk without a single drop of rain. Wind was light from the South and the temperature was 7 C real, feel 7 C. There was no rain but there was plenty of water:  in Eynhallow Sound, in the fields and on the track. Puddle splashing was a necessity and also great fun.

A fifteen minute visit to the environs of the Broch gave us fine views across the Sound where we saw Eiders with the drakes in their splendid plumage near the shore. Some shags were fishing a bit further out and in the middle of the Sound groups of long tailed ducks were drifting slowly on the current. A couple of harbour seals paid us a little attention, a great black backed gull flew by and further out we spotted “enigma number1” an unidentified black diver with few distinctive features. A male and female merganser relaxed in the calm waters near the shore.

We were conveyed in two vehicles to the other end of Aikerness Bay except for Ray who yomped along the track to meet up with us at the Old Rousay Ferry Pier. Some of our best birdseeing took place from the cars on the road down to the pier. The fields on either side of the road were full of large groups of Curlew, Redshanks, Starling, Ringed Plover, Golden Plover and Lapwing. The pier itself was empty of birds. A young Shag was diving just out from the pier. We had a short sortie West  along the beach and saw some rock pipits and some turnstones among the seaweed (it seemed that most of the waders were not on the shore but instead wading in the fields) and after a solitary snipe zig zagged into the air and away from us we turned and headed back towards the Broch.

We went back along the track splish, splosh, splash and reminisced about when this was once the way we would have driven to the Broch. Looking South we saw the bird filled fields of Greylags, Lapwings, Redshanks, Ringed Plover and Curlew. Hoodie Crows and Ravens croaked by. Great concern was elicited by the sight of a solitary calf standing forlorn in an otherwise empty field.

The rain still had not appeared and the last 400metres of the road back to the Broch took a good 30minutes with sightings of Twite, Rock Pipits, Greenfinches, Turnstone, Greylag geese, 2 Northern Divers feeding, a Kestrel and some flocks of Golden Plover and Lapwing.

ps: pictures are for illustrative purposes and were not taken during today’s walk. 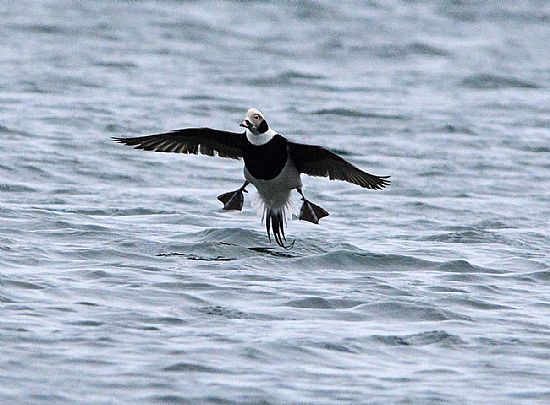 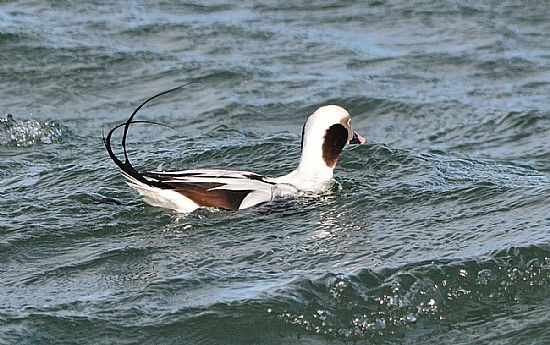 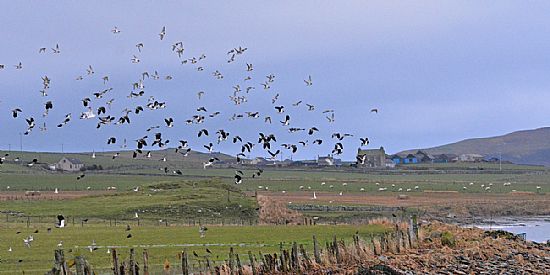