Birdie outing 16th January 2013
The first outing for the year and what a wonderful day we managed to get, cloudless, dry and windless. A little chilly but all thirteen were well wrapped up so no complaints. Margaret who was leader done us proud with a walk from the 1st Barrier about the shore then up the back of Graemshall and loch, then back down to St Mary's pier, and on to the loch. It is really not necessary to say all the birds that were sighted, but sufficient to say it was well into the upper 20's the different species, the most notable were long tailed ducks Northern divers, Herons, Golden Eye, little grebes and guillemots in their winter plumage. Boxing Hares put on a good show for the group but we had to press on as they were having a rest between rounds so no winner or looser.!. All enjoyed the outing and the next one will be on the 20th Feb meeting at Evie Beach for a shore walk. 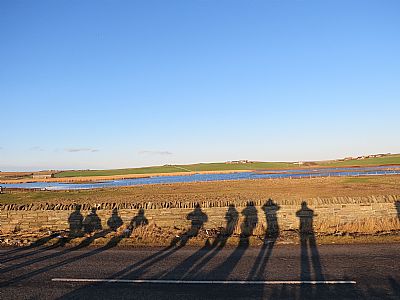 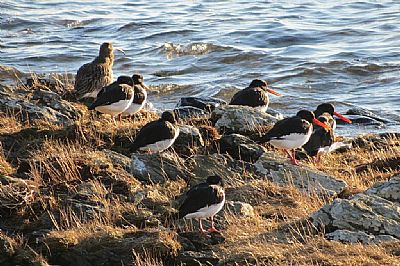