Here we pay tribute to the two men who were instrumental in founding the KDDL in 1967, and remained active members for 50 years.

We thank them for all they have done in establishing the KDDL. 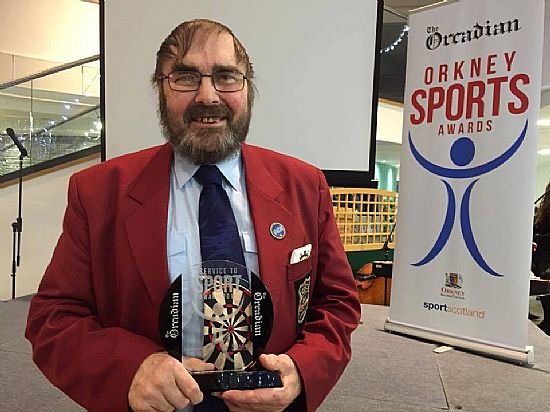 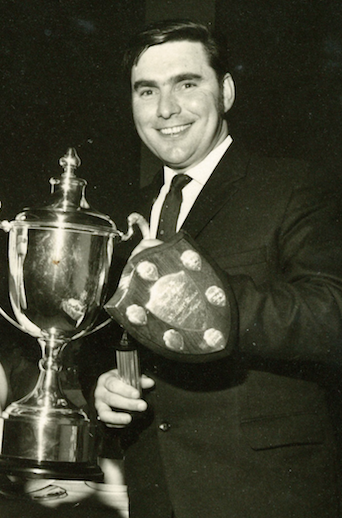 The darts world here in Orkney, and indeed beyond our shores has changed today, Dec 14, 2017, as we come to the terms with the loss of our friend Jim Scollie….the one and only ‘Tattie Bogle’.

Jim was hugely respected in the darts scene here in Orkney, and by our darting friends and neighbours in Shetland and Caithness.

As a founding member of the Kirkwall and District Darts League he was instrumental in its creation. Jim was an active member of the committee for 50 years, an incredible record, dating back to 1967.

He was president of the KDDL in that founding year, and moved to the position of secretary in 1968, a post he held ever since, carrying out so much work for the league quietly behind the scenes as well as running competitions.

Due to his recent ill health, we on the committee said we would keep things ticking over for him and he would remain secretary. He agreed.

A great player in his day, Jim won many team, individual and doubles titles, including with doubles partner Jimmy Miller, and captained the KDDL county teams on many occasions, as well as East teams here in Orkney.

It was a proud moment to be sitting beside him when he received the lifetime dedication and service to sport award at the Orkney Sports Awards in January 2016.

He was very humbled and very proud that night, not only for himself but also for the sport of darts.

Jim along with Jimmy Miller and Eddie Craigie were in 2013 made honorary presidents of the KDDL. We also named a singles cup competition after him, the Jim Scollie Masters, in his honour.

Over the years his charity competition, the Tattie Bogle Shield, and his famous massive raffle – with hundreds of prizes he personally donated – raised thousands of pounds for charity. He was quietly very proud of that. We will ensure it continues to do so.

Like all committees you sometimes face challenges over the years, and Jim always stuck to his guns, we worked through issues and got things done for the good of the league.

New fangled things like websites, computers and Facebook he was not keen on to start with, but when sharing it will him and showing him the new technology, he enjoyed seeing what we were doing, safe in the knowledge he was still vital to the operation of the league, and we would not be replacing him with a computer!

We are very grateful that Jim was able to join us for the latest cup games, which meant so much to him, and our thoughts are very much with Ruby and the entire family.

Speaking personally, it has been a privilege to serve with him on the committee for the last 22 years, sharing many a laugh, celebrating victories, and raising a glass or two along the way. Farewell old friend, I am raising a glass tonight, and I am sure I will not be the only one. It truly is the end of an era.

In the words of the song which has been sung many a time at the darts: “There’s only one Tattie Bogle!”

A tribute to Jimmy Miller 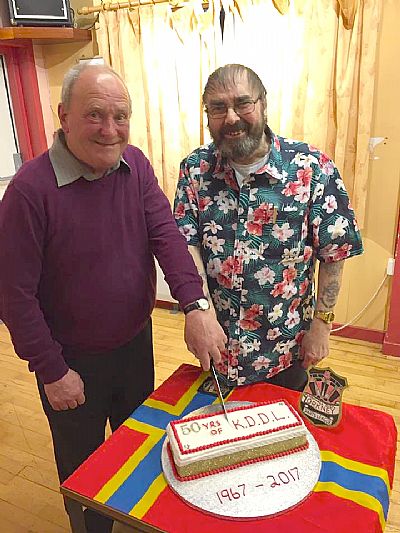 Jimmy Miller and Jim Scollie marking the 50th anniversary of the KDDL. 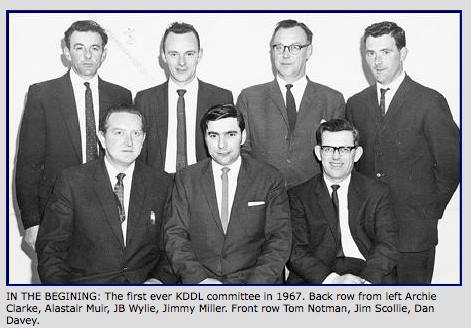 The passing of Jimmy Miller saw the Kirkwall and District Darts League lose its most experienced, dedicated, and highly respected player.

As it was on December 14 with the passing of  Jim Scollie, the KDDL was dealt another massive blow when on Monday, January 8, Jimmy sadly passed away.

A founding committee member of the league, Jimmy played continuously each season since the organisation began five decades ago. This is an incredible 50 year record, with Jimmy the only person in the history of the league to do so. I doubt if this can be matched anywhere in the country, if not the world.

Jimmy, born on Boxing Day 1940, was one of the founding fathers of the league when it was established and constituted back in 1967. He went on to serve for many years in the committee, including as president between 1980-85.

Jimmy, along with Jim Scollie and Eddie Craigie were in 2013 made honorary presidents of the KDDL, in recognition of their huge and much valued contribution to the league.

Jimmy was highly respected by players of all ages, for his quiet manner and sheer determination to play well. You could tell what it meant to him hitting those big scores, and checking out those match winning doubles….as he often did!

He loved his darts, and performed at the highest level in the KDDL throughout the years.

He was an important member of the highly successful Nomads team in the early years of the league, later moving to the Legion team, where this success continued over many years, as the team dominated at the top of the A league, chalking up title after title and cup after cup.

Jimmy of course also won many titles over the years, and along with Jim Scollie, they were a formidable doubles partnership, who have their names on the league doubles trophy after winning on four occasions.

Even in recent years, Jimmy proved he was not playing just to make up numbers, doing well in various singles competitions, including reaching the Anniversary Shield semi-final just last year and picking up a share of the prize money and clearly enjoying the day.

There have been highs and lows in terms of league membership over the years, however it is now thriving, and the league would not be what it is today if it was not for the guidance and encouragement of Jimmy and Jim as different generations from all walks of life have joined teams over the last five decades.

The league celebrated its 50th anniversary at the end of last season, with a special Gold Cup competition held, as well as by taking two professional players up to Orkney for an exhibition match, Terry Jenkins and Alan Norris, hosted by Sky Sports John Gwynne, with several players - including Jimmy - given the opportunity to play them, in a fantastic night in the Legion.

Jimmy will be a huge miss to all at the KDDL as well as in the wider darts scene here in Orkney and beyond, this truly is the end of an era.

Any young player coming into the sport should look at the example Jimmy set when it comes to the sheer determination to be successful at darts, a determination and dedication which saw Jimmy play at the top level of the sport here in Orkney for 50 years.

Thanks Jimmy, the legacy that you and others began back in 1967 lives on, as the KDDL continues into the future.