Regular activities include sponsorship of the following awards and prizes: 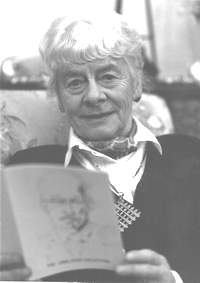 This award was instituted in 2000 in memory of Marjorie Linklater (right), a founder member, former Chair and past President of the Society. The award is given for a short piece of creative writing and the judges include a member of the Linklater family.

The competition is open to senior school pupils in 5th and 6th years and also to the same age group in Orkney College and is organised in conjunction with these establishments. 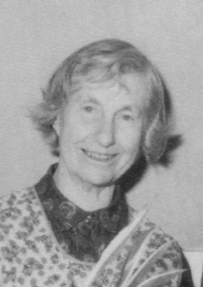 Laura Grimond (left) was one of the founders of Orkney Heritage Society and had a keen interest in Orkney's built heritage. In 1968 she led the campaign to prevent Papdale House from being destroyed to make way for the School Hostel and her bequest allowed the purchase and restoration of the houses at the Strynd. The Laura Grimond Award is named in her honour.

The Fereday Prize for a local history investigation

The Fereday Prize was set up by Willie Thomson, past Rector of Kirkwall Grammar School, to continue the project work begun by Ray Fereday, formerly Principal Teacher of History at KGS. The prize is awarded annually for a historical investigation carried out by second year pupils in Orkney's schools. The standard of work of the best entries is extremely high and many contain original research. Photocopies of the best and most original pieces of work are kept in the Archives department in the Kirkwall library.