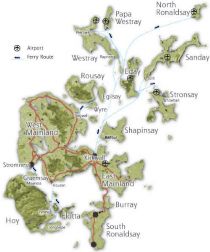 Orkney has been consistently named one of the safest places to live in the United Kingdom. The Community Justice Needs Assessment re-enforced this, finding:

·        Exceptionally low rates of Youth Offending, sustained over a number of years

·        Exceptionally low levels of opiate drug misuse, compared with the rest of Scotland.

·        High completion rates of Community Payback Orders, with high percentage of clients surveyed stating that their experience provided sufficient support, was worthwhile and benefitted their community.

·        From 2016-17, Orkney had the largest national increase in homelessness presentations