On Tuesday ten of us visited the wonderful meadow on the side of Heddle Hill, by Finstown, courtesy of the farmer, Victor Muir, who ensured that livestock were taken out of the field before we arrived.  It is stunningly rich in flowers, and according to John Crossley, our leader for the day, the finest meadow of its kind in Orkney mainland.

Just through the gate we met the two common Orkney orchids, Heath-Spotted and Northern Marsh and had a good look at their defining features.  There were many Common Twayblades just coming into flower, a green-yellow orchid with tiny individual flowers resembling human figures (see photo).  Primroses in profusion had gone over but much else had taken their place, including the delicate Fairy or Purging Flax, Wild Thyme, Lady’s-bedstraw and Heath Milkwort (we concluded, not Common Milkwort - much less common than Heath! – after some debate).

The strange-looking Moonwort fern had been seen here some years ago and after searching for a short time – Eureka! - therewas a patch of about 20 plants, small but unmistakeable. Unlike most ferns, which bear spores in little pouches beneath the leaf this one bears them on a separate fertile frond. The segments of the leaves resemble half-moons - supposedly!

Wandering downhill we came on peatier ground, with Lousewort and Heath Speedwell, followed in wet areas by patches of Early Marsh-orchid, conspicuous by its bright pink colour. There followed some instruction from John in the ways of sedges, illustrated by Dioecious Sedge with its separate male and female plants, compared with Tawny Sedge with male and female flowers on the same plants. There were a lot of sedges! And grasses.

Detracting from the beauty of this site, and boding ill for its future, are large patches of the garden Lady’s-mantle Alchemilla mollis, overcoming and obliterating all other vegetation – and obviously seeding freely into surrounding grassland.  There are not many invasive alien species in Orkney but clearly this is one.  This one should be controllable though. Further up the hill we came across two native Lady’s-mantles, both much smaller than the garden one, first the tricky-to-identify Slender Lady’s-mantle A. filicaulis and then the easier Smooth Lady’s-mantle A. glabra.

It was a splendid, dry, warm afternoon for looking at wildflowers at leisure and in detail in a wonderful place.  Just as we felt we had seen the best of it a few raindrops started to fall and we headed home. 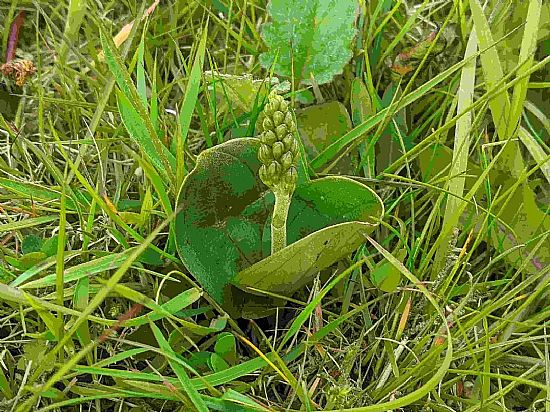 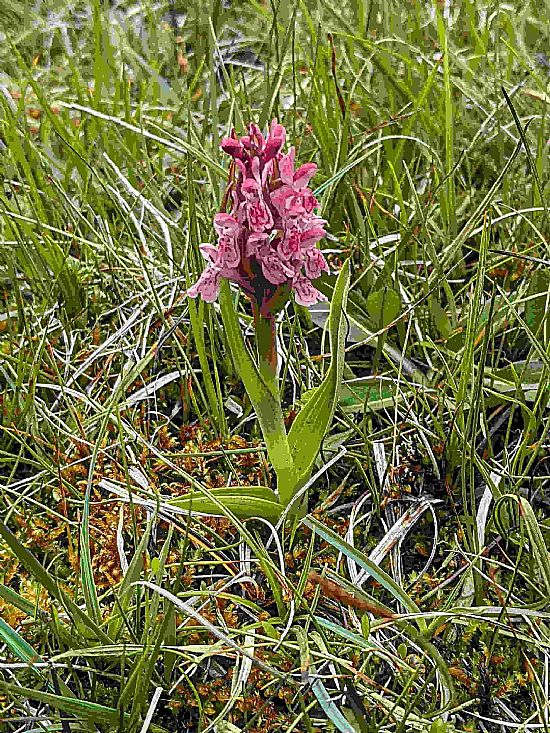 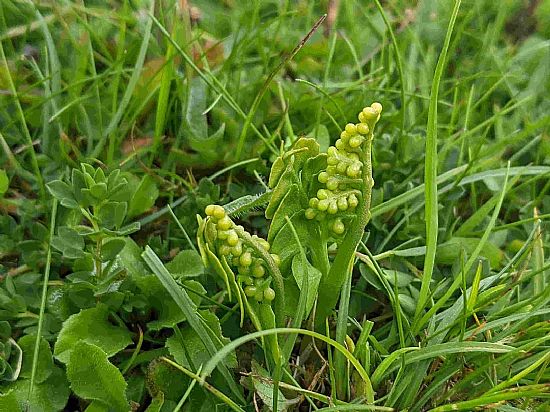 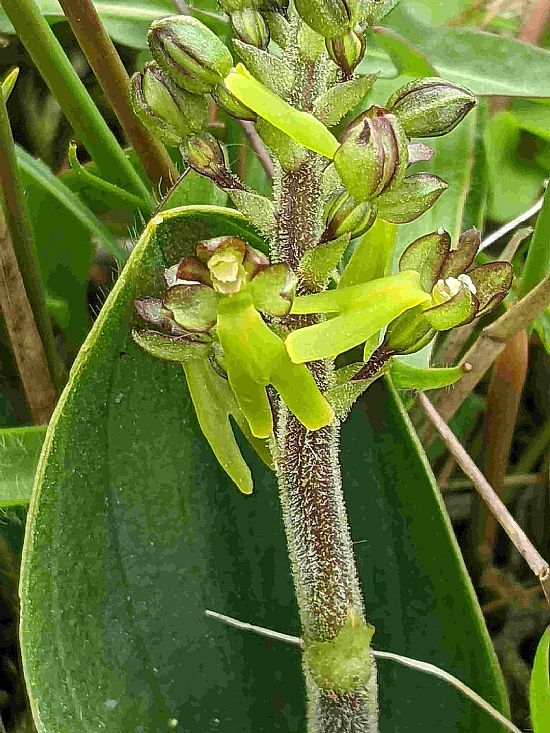