The Orkney Cavalcade got off to a fine start at the Glaitness School Car Park on Sunday 12th May.  Fifteen cars and two motorbikes were entered and we set off for the Kirbister Pump House in two groups.  Pre 1975 cars led by Michael Shearer in his 1923 Morris Cowley were first away to allow the Water Board staff to show us round the Pump House in two groups.  Ian Stallard led the second group in hi 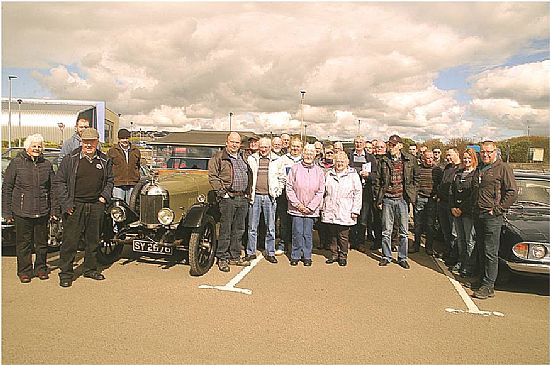 Allan Taylor explained how the Kirbister and Boardhouse Lochs are the two sources of water for Orkney Mainland and Shapinsay.  Shapinsay is connected to the Mainland by a pipe in a horizontally drilled bore hole under the seabed from Carness.  Most of the equipment in the pump house is used to clean the water before it is pumped to tanks at high points on the Mainland.  From there it is distributed by gravity to the customers.

We all left the Pump house and 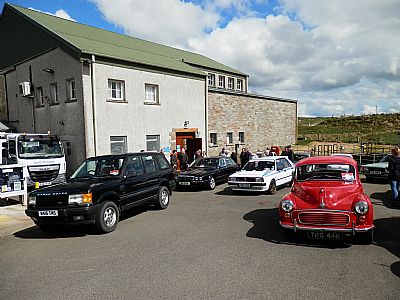 toured along the Germiston Road and over the Stonyhill Road to Harray.  On our way to Dounby we made a slight detour round past the Merkister Hotel road before arriving at the Smithfield Hotel for a very welcome soup and sandwich lunch.

The afternoon drive to Stromness was led by Ian Stallard in his Daimler.  He chose some really interesting back roads through Birsay. It was a beautiful sunny day and the run south along the coast to Stromness, past the Bay of Skaill is hard to beat for driving pleasure and scenic interest.  A diversion round by Cauldhame took us in to Stromness by the Hillside Road and we parked at the Ferry Terminal.

A twenty minute walk took us to the Stromness Museum to see the Scapa 100 exhibition which commemorates the German Fleet being scuttled in 1919.  The display had many artefacts from the German ships, most of which had been collected during the salvage operations carried out in the 1920’s and 30’s.

There followed a short run to the Standing Stones Hotel where we had high tea and some good conversation to round off a very pleasant day.