Phyllis Harvey welcomed everyone to the final meeting of the Orkney LAG for the 2007-2013 LEADER Programme. Due to staff changes within the LEADER Team, she also introduced everyone present.

The LEADER Programme 2007 - 2013 LAG minutes for the meeting held on 18 July 2014 were approved and it was noted that all actions had been completed.

The LAG was presented with a list of all of the change requests which had been processed since their last meeting in July 2014.

The LAG was advised that all projects in the 2007 - 2103 programme had been completed and the final claim to the Scottish Government had been submitted at the end of June 2015.

Phyllis advised the members that in the new programme applicants may be required to apply for their change requests before submitting their claims. Amy added that the new computer-system, LARCS, should make the whole process easier.

Amy presented the LAG, via PowerPoint slides, a variety of graphs, charts and tables to illustrate:

The project spend per application round – including unclaimed balances.

The total spend by financial year.

Match funding – the total investment and the average per £1 LEADER spend.

Number of projects by area.

Amount of funding by area.

Amy explained that the administration figure was a self-imposed limit which freed up funds so that they could be spent on projects.

Amy confirmed that the overall spend for the programme totalled just over £2.28 million and the total underspend was £66,000.

The LAG noted that there had been a good spread of projects, and spend, across the isles and mainland communities and that the budget had been well managed – agreeing that an underspend of £66,000 was a good result. It was suggested that for the future programme underspend could be further improved if applicants’ anticipated expenditure was set at more realistic levels from the outset.

Total summary for all LEADER projects – showing the variety of types of projects funded in the programme.

Activity Indicators – showing the initial 6 year targets along with the total achieved in the programme.

Amy explained that the figures highlighted were those which had not reached the targets set. It was acknowledged that some of the targets set were difficult to quantify.

The LAG said they found the information interesting and also said the way in which it had been presented was most useful.

Phyllis thanked the LAG members for all of their efforts and work on the 2007-2013 programme, which Alister Brown reiterated.

Phyllis also thanked Alister, on behalf of the LAG, for all of his efforts and work on the programme.

The LAG was advised that the signing of the Service Level Agreement (SLA) had to be completed before the Scottish Government would issue further guidance. Amy confirmed that the start date for the new programme could not be confirmed yet.

Amy outlined the most recent timelines received from the Scottish Government and highlighted that funding was to be spent by 2020 and all reclaimed from the government by March 2021.

The LAG was also advised that the Scottish Government had Expressions of Interest forms on their website which they were going to hold for us until the SLA was finalised.  Phyllis said that it was hoped that prospective applicants would contact the LEADER Team or LAG direct to express interest.

From the Business Plan, Amy presented the overall aim of the new programme and explained the 5 core themes, and the way in which the funding was to be split.

There was some discussion on the core themes, and the necessity for the new LAG to decide which types of projects would be acceptable for which theme. Phyllis explained that cooperation with other Council funders should help LEADER to support businesses without any duplication.

Alan Younie mentioned Improving Public Access, run by the Scottish Natural Heritage as funding that community groups may be able to use for paths which connect to paths funded by LEADER.

Alan Younie said he thought that for Farm diversification it was most likely that professional bodies would contact the LEADER Team on behalf of a farmer.

Amy explained that the core theme “Support development of Orkney’s fisheries sector” was not funded by LEADER, but the European Maritime and Fisheries Fund, and to date there was no allocation information available.

With no other business, the meeting closed at 11:42. 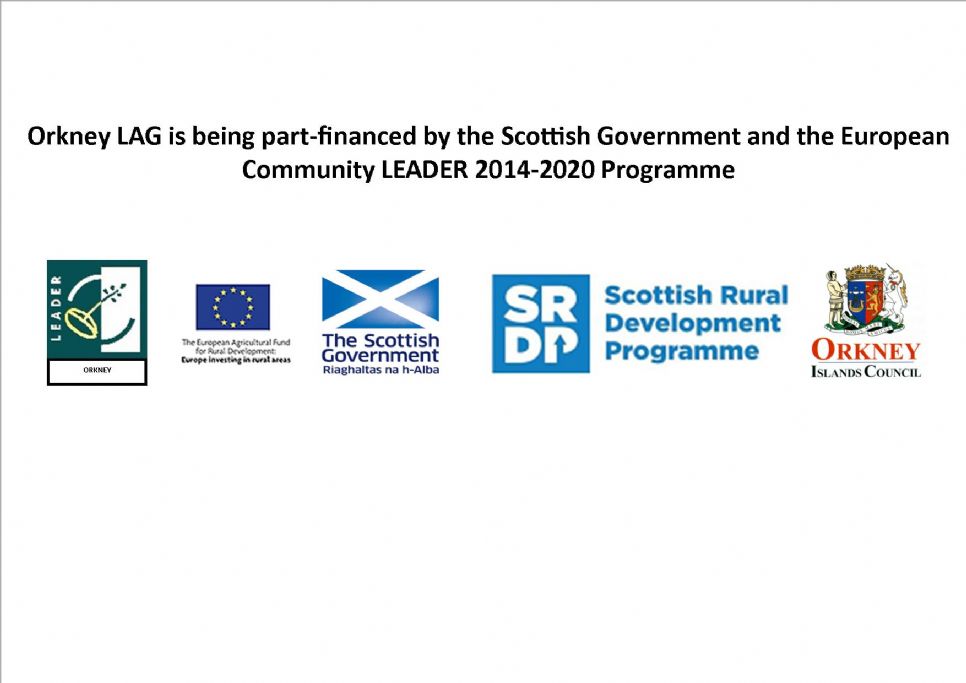