Orkney Yole association member Colin Heape has set about restoring Stroma Yole "BEE" which was once used to carry livestock to and from the Island of Stroma. During the restoration, Colin has researched the history of Bee which he has kindly shared with us to use on our website. 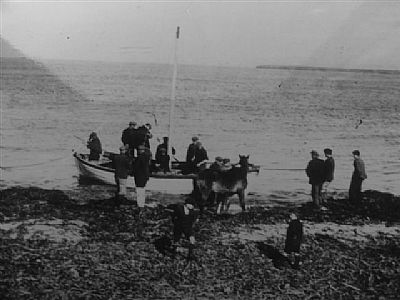 BEE TRANSPORTING A HORSE TO STROMA

According to the Registry of Fishing Boats in Scotland, Bee was built by the Banks brothers at Harrow near Mey in 1904. She was registered in the port of Wick on the 5th of May 1912 and was given the registration number WK 378. Her method of propulsion was fore and aft sprit sails with lines as the mode of fishing. The entry for name of owner was "David Sinclair and others residents of Stroma", the other owners were Hugh Simpson, James Robertson, Matthew Dundas and Sinclair Bremner.

Bee was the last cattle boat for Stroma. This came to an end when a bull put its foot through the hull and she had to be beached on the island. The certificate was surrendered and the registration cancelled on 5th February 1952  "Boat no longer in use". The incident involving the Bull is thought to have taken place in 1941. 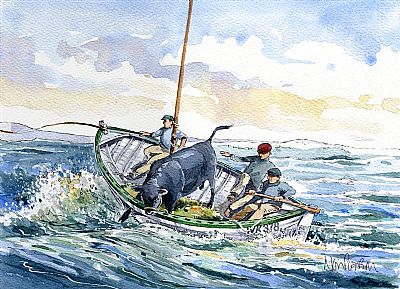 She remained on the island until John William Laird from John O’Groats purchased her. She was towed back to Huna in 1968 by Alex Wares with his boat "The Valkyrie". 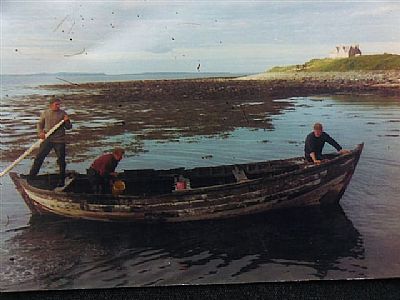 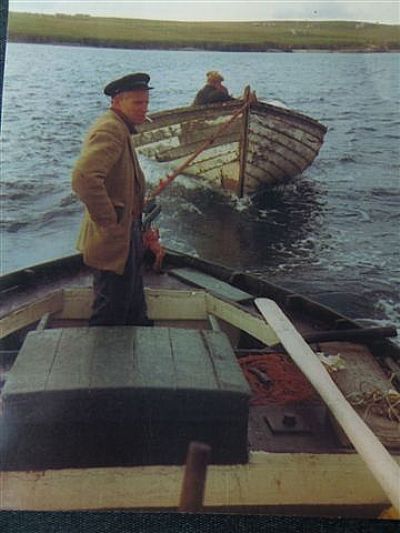 ALEX WARES TOWING BEE WITH VALKYRIE, JOHN LAIRD CAN BE SEEN IN BEE WITH OTHERS

John Laird took the Bee to his croft at East End Huna, where he stored her in a barn. He completely rebuilt her and fitted the deck and steering cabin. Up to that time Bee was an open boat without an engine. He did not complete the rebuilding of the Bee until 1985. After John Laird died, Bee was used for creel fishing by his brother-in-law John Sinclair Bennett until he sold her to Colin MacDonald in Avoch.

Colin Heape saw her lying in Avoch Harbour in the year 2000 with a “For Sale” sign, and was immediately attracted by her very strong construction and seaworthy lines. He also noted that John William Laird had made a wonderful job in rebuilding the boat which was finished her to a very high standard. Colin took her home and had the Ullapool Boat Builders fit a small cabin over the open well deck. He also had them step a foremast in the original position for a single dipping lugsail. He has sailed her from Avoch to Portsoy four times, to Lybster Harbour once and over to Fort William through the canal. In 2010 Colin enlisted the help of Stan Anderson and started on a major refit of her. 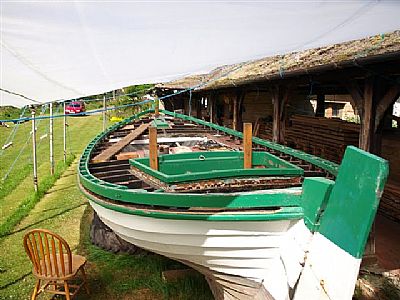 The cabin has been removed and the deck replaced to convert her back to having two open wells with side decks, using wood from Rosehaugh Estate. 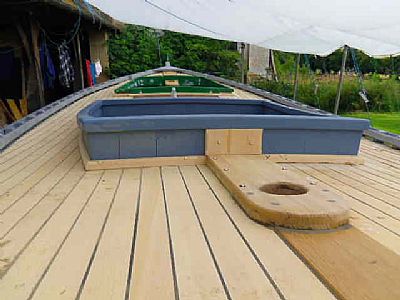 THE DECK FINISHED AND SEALED

They also stepped a mizzenmast and converted the rig to a single spritsail, jib and small mizzen trysail hoping that it would make her easier to handle, Colin hopes to sail her back to Stroma and Orkney one day. 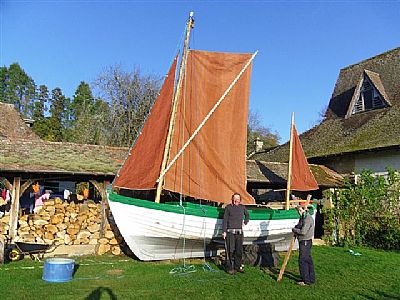 THE SAILS BEING TRIED OUT FOR SIZE

Colin affectionately describes her as a grand old lady with a special place in the history of the Orkney Yoles. She is well worth preserving.