...lived up to all expectations

On Friday we were treated to Sanday's own group - Fiddle About - at Belsair, followed by the Tony Leigh & Mo Cursiter Jazz Quintet (with Brian Shiels, Steve Miller and Dave Griffith) at Kettletoft. 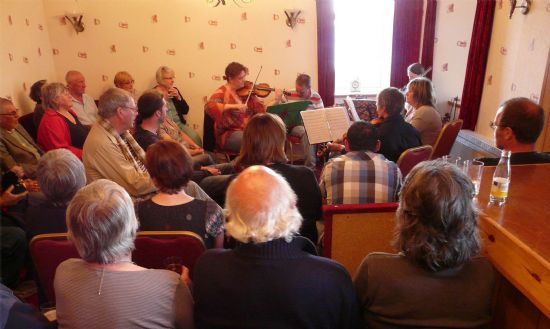 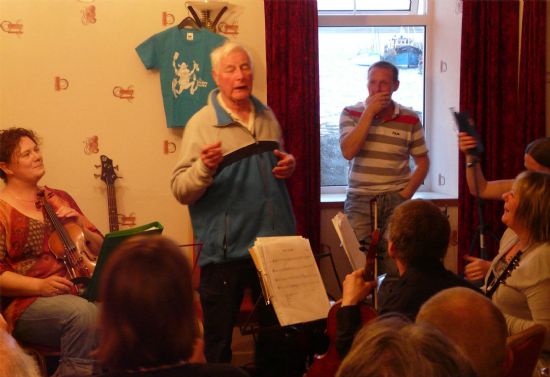 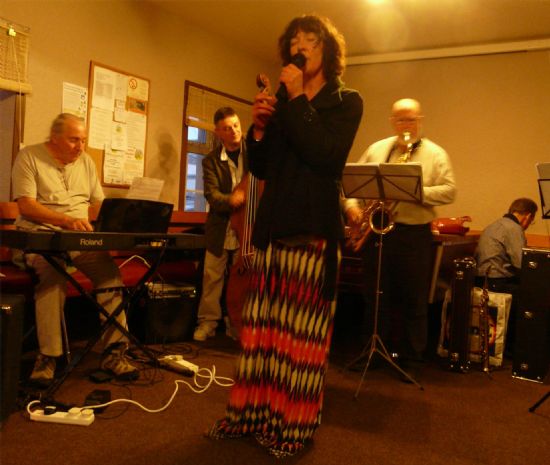 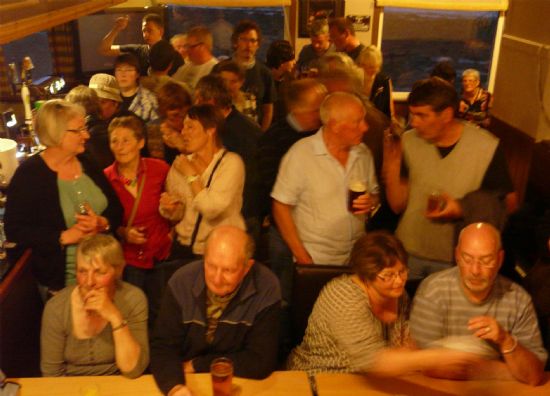 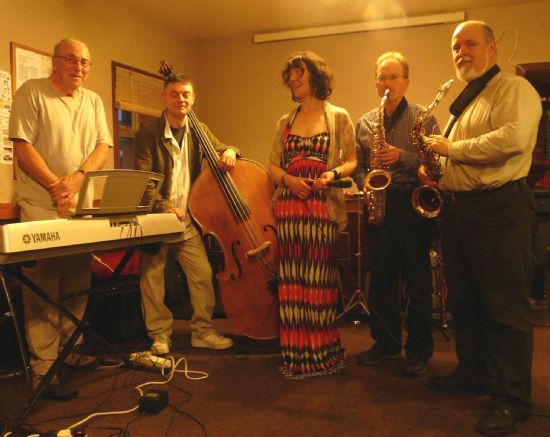 Next day there was plenty to do during the morning and early afternoon: The Development Trust's Re-Use Centre was open; there was an Open morning hosted by the Trust itself - scones, strawberries & cream, 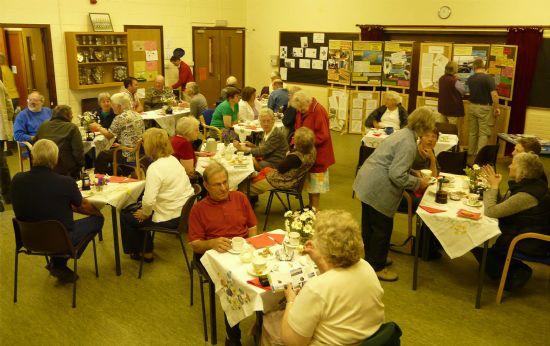 and information about the Trust's activities; sixteen folk joined in the trip to and up the Lighthouse; 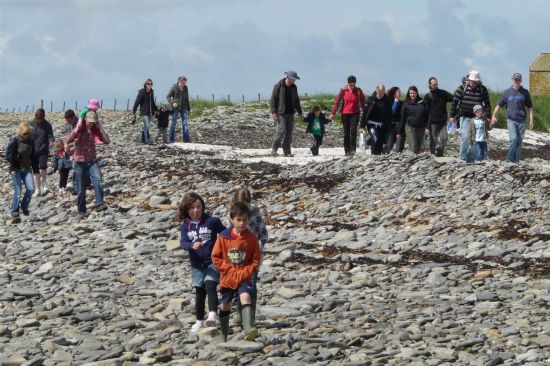 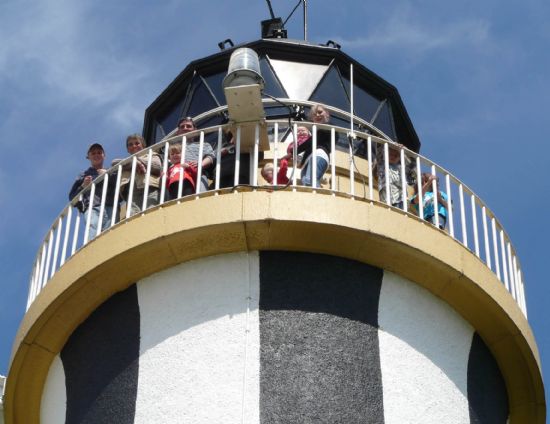 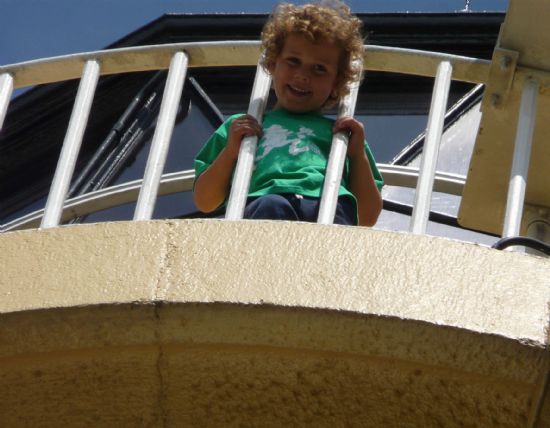 others visited the artists' studios and the Sanday Spinners. At lunchtime there were informal music sessions all over the place - a Jazz trio at Kettletoft, more of Fiddle About in the open air & sunshine at Belsair, and medieval music with the Runic Consort duo at Backaskaill. 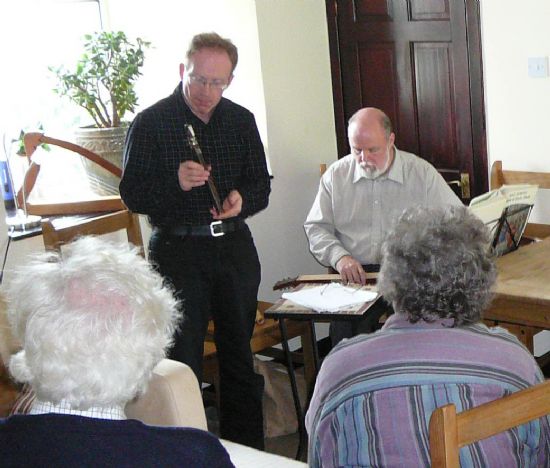 The interparish senior and junior football and netball matches were held at the School in the early afternoon, and then the wind-up to a late afternoon and evening and night-time of non-stop music began. Candy floss added to the flavour... 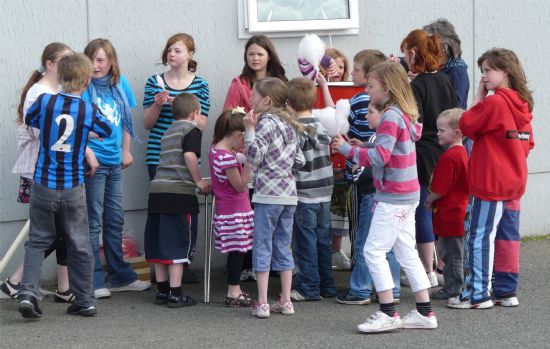 ... toHuw and Sheena's Radio Sanday Roadshow, featuring Rock the Bikeshed, was a great success. There were record requests, there was a 'Guess who's speaking' contest, and there were live acts on the Bikeshed stage from Kelly Brown, 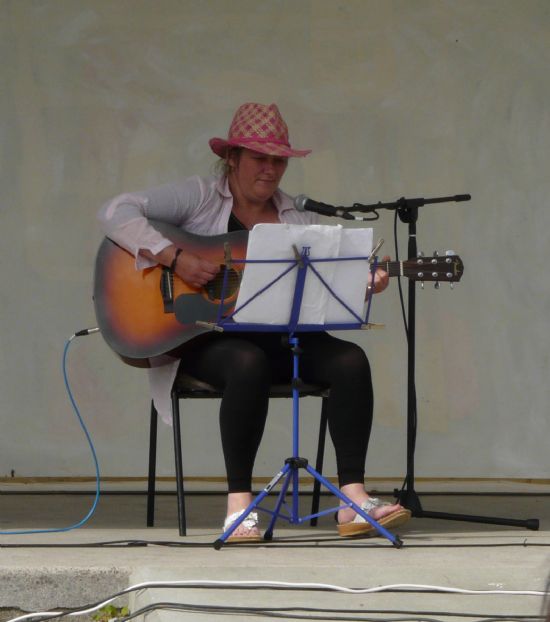 Graham 'Skid' Clarke reprising two popular roles from his past - as Old Dame Dogbreath (along with Malcolm 'Muck' Lennie), 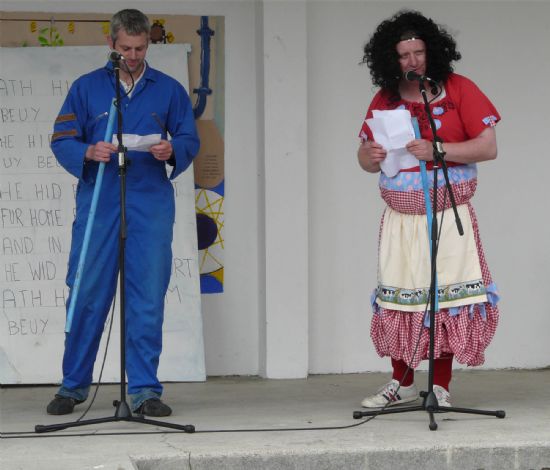 and then kilted up and swinging with another mucker, Ali Thorne with their idiosyncratic version of   'Donald, whaur's yer troosers'. 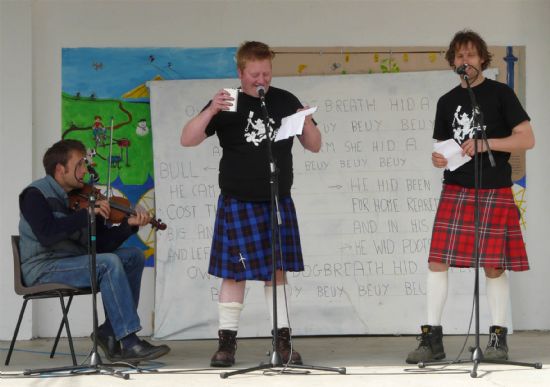 Just when we thought the show was near the end, on sprang Jungle Jim, aka Jimmy o' the Decks. This was the first public appearance of Sanday's own rapper Jimmy Dakin, 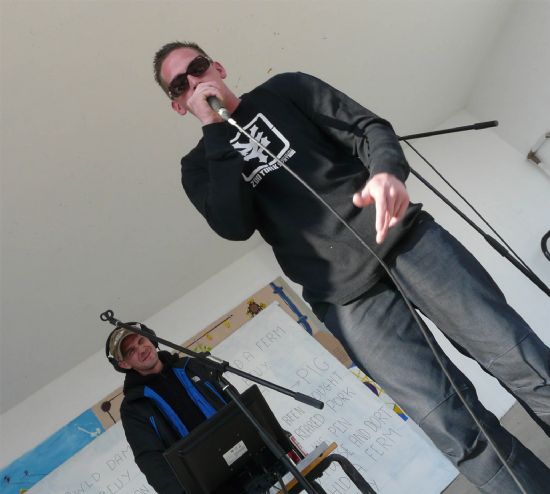 with his old pal Toby Connor the DJ. Jaw-dropping stuff, captured on a mobile 'phone. 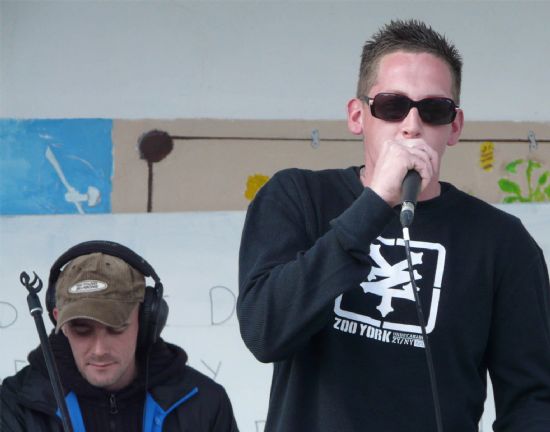 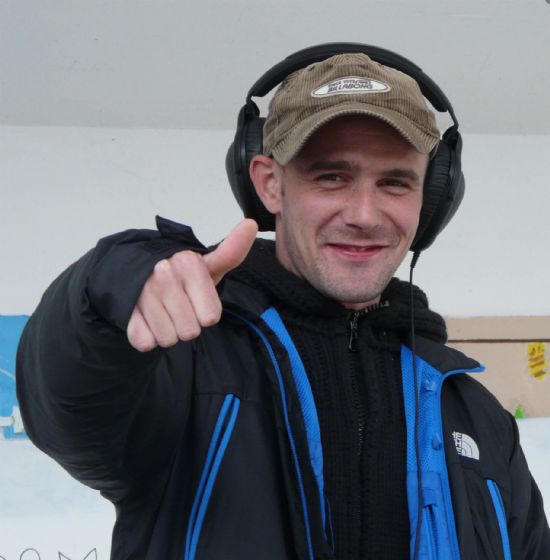 Don't miss them next time - they're on their way to Soulka Stardom.

As expected, the Community Association's booking of The Chair was a sell-out. 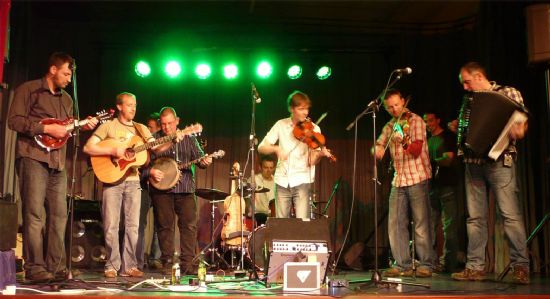 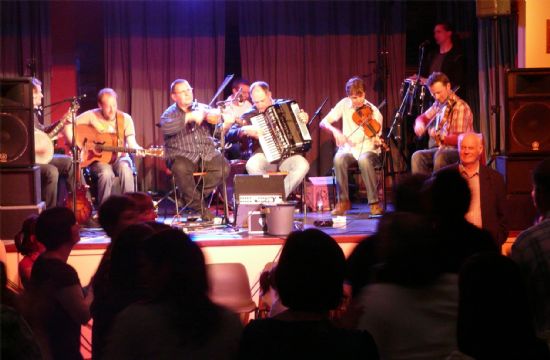 The Hall was packed for the Concert, and the Dance that followed was certainly one of the best of recent years too. During the interval, the Chair issued a challenge to Sanday's footballers... 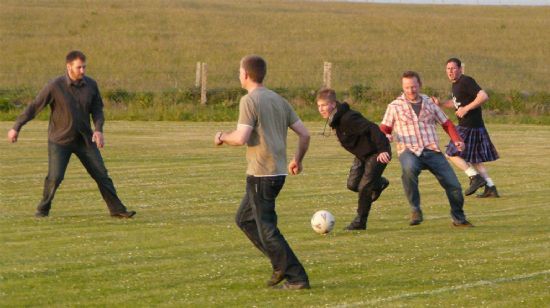 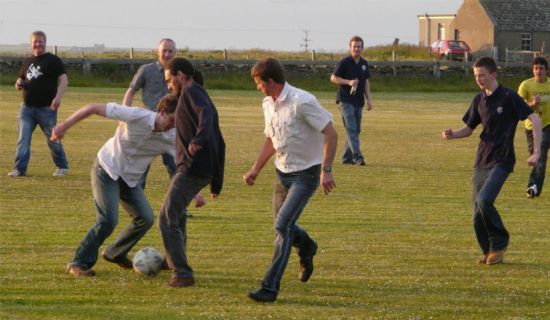 but Sanday prevailed, with the Man of the Match award - a 'Choppy of the Care' CD, presented to guess who? Skid, of course. 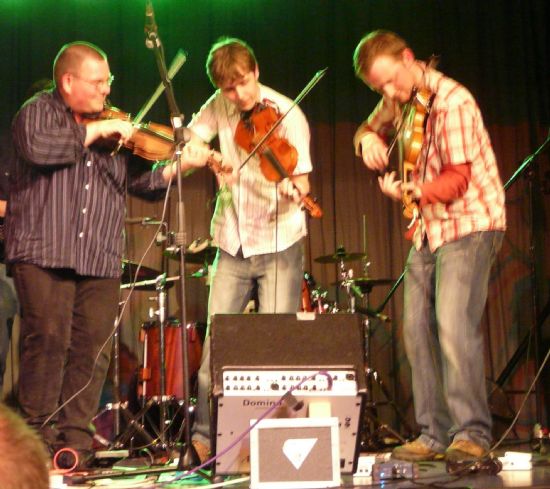 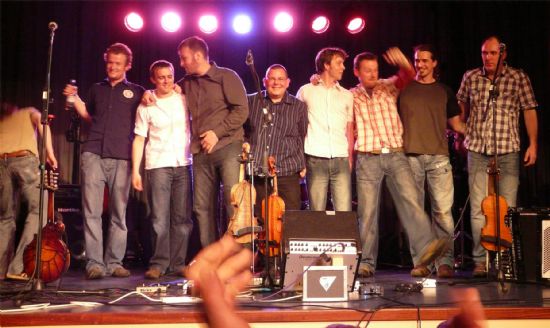 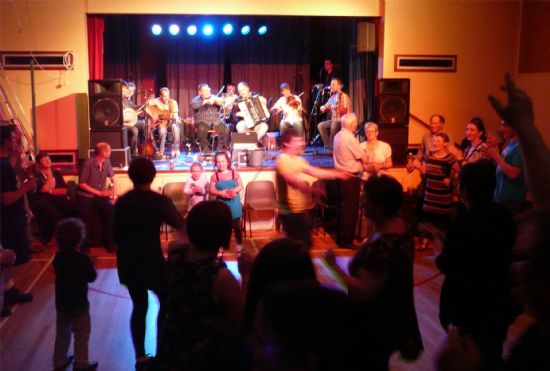 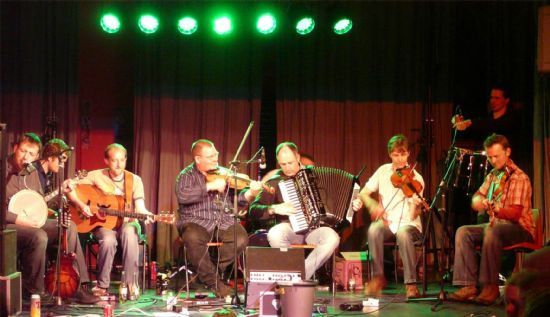 Most were late up on Sunday morning, but there was still plenty to do. A special Soulka swim session, Sanday Spinners again, another Open studio, Garsdale model railway - everyone had something to see. The 10-person band of the Orkney Camerata arrived on the morning boat and rehearsed through the day for their afternoon concert, which again drew a capacity audience. 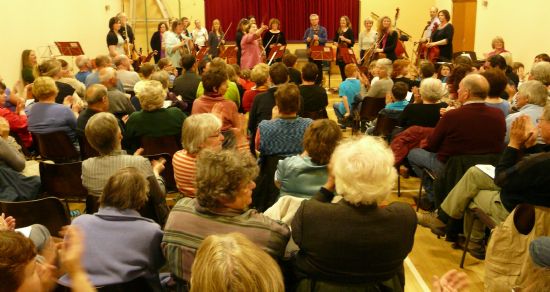 The programme was especially chosen, and featured many of the pieces written for and about Sanday by local lad Sir Peter Maxwell Davies. They played for island soloist Kate Howe;

and also Sanday School's Singers who sang some of the 'Songs of Sanday' last heard in 1998;

and they played with members of the island's Fiddle Club too. Orchestra leader Elizabeth Sullivan called Max up to the front for renewed applause at the end of the concert, and then everyone joined in a Cheese and Wine social before it was time to get ready for the evening ferry.