Thanks to colossal support from residents

(and especially to the hosts of Open

gardens, studios, model railway) and from

the many visitors attracted by the lure of a

Sanday Soulka, the island was really

buzzing with action at the weekend. 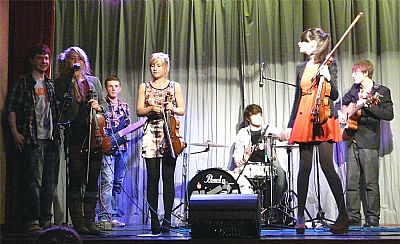 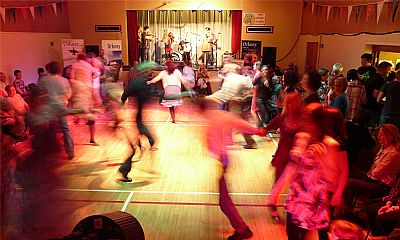 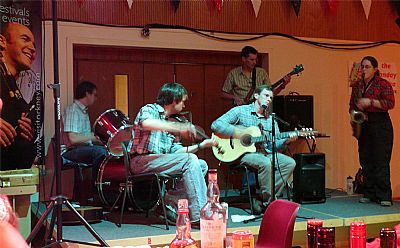 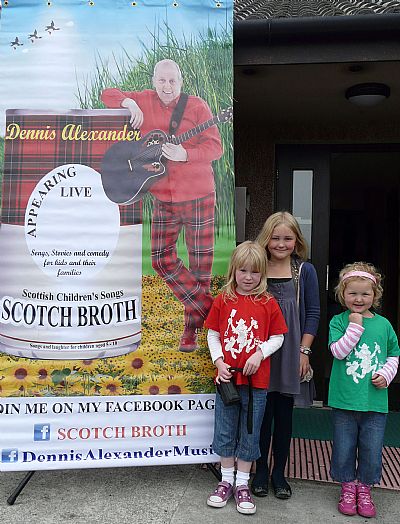 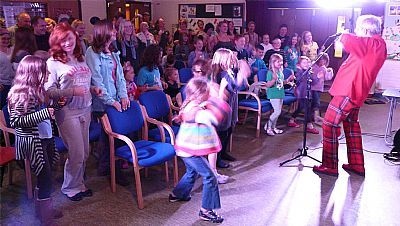 and Songs, Stories and Downright Lies, 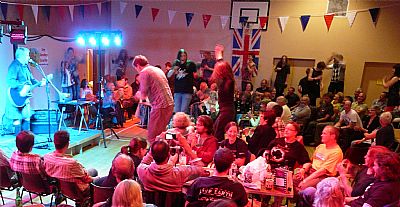 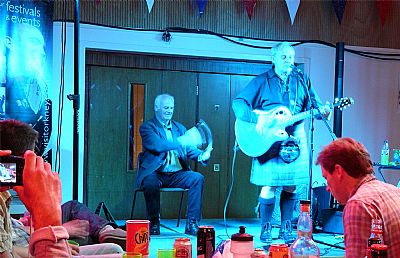 day-to-day life on an Antarctic base – 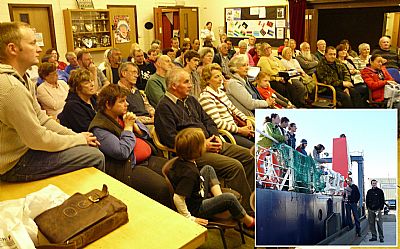 games, then senior netball and inter-parish

at a stunning Fancy Dress parade; 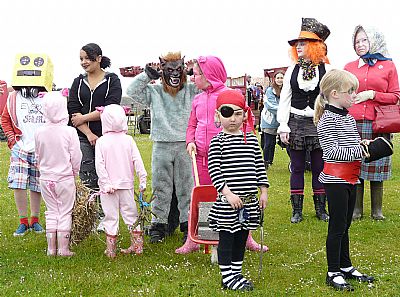 and so were the glamour-boys and girls of 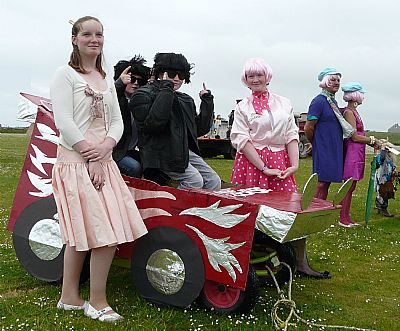 - even the Grim Reaper on horseback

leading a colourful array of 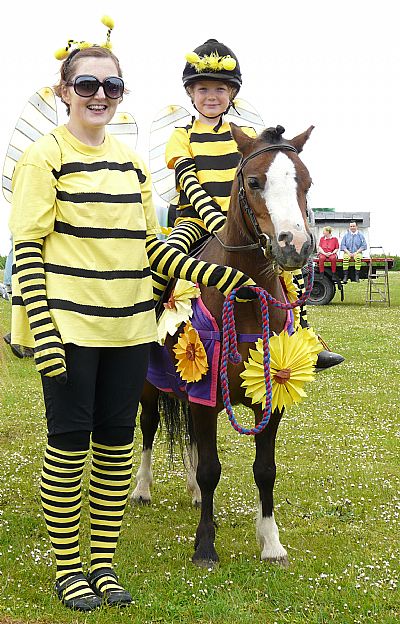 Game – were one of three superb floats. 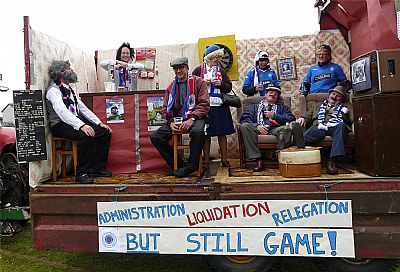 ... and Rod the Ranger distracted by Birds/Burds 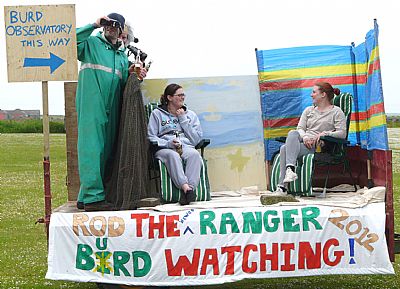 The Antarctic theme continued at Heilsa

Fjold, where an expedition tent set up on 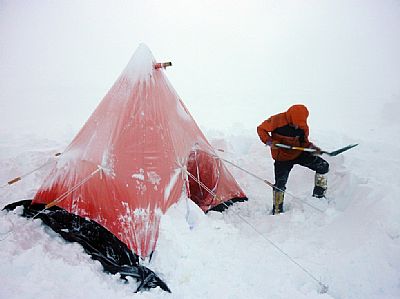 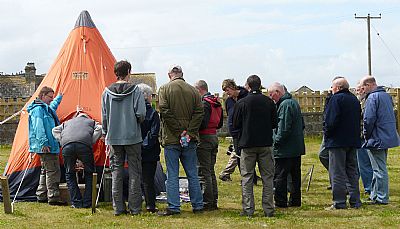 and supervised by Dickie Hall

Antarctic, pilot) and Dr. Petra Potton had a

continual stream of visitors, while an

with the conditions endured by Captain

Scott a century ago.

performance as the crowd gathered for the 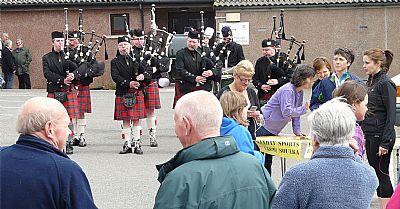 start of the Fun Run/Walk/Cycle/Cavalry in

aid of the RNLI – and our own William

bearer’s tracksuit, was able to manipulate

both Torch and foghorn to set off participants. 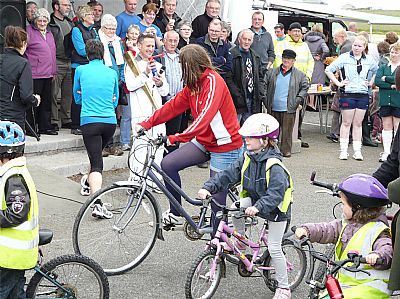 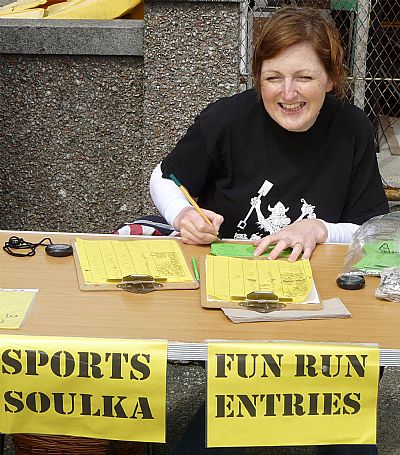 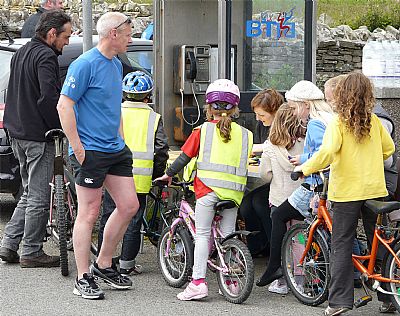 After that, there was a brisk

trade at all of the many stalls as Rock the

Bikeshed opened up. At last the Soulka,

international; we had an Italian stall selling 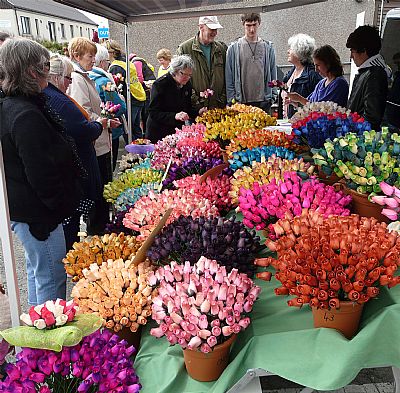 and the queues were

almost as long as those heading for the

We were delighted to welcome the Young 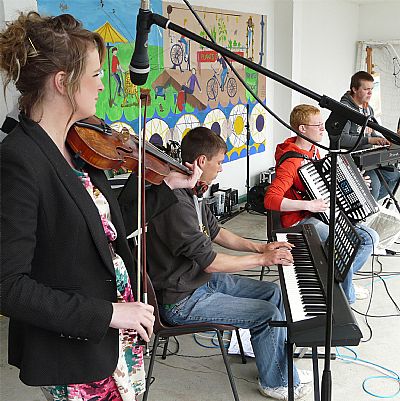 first live act on the 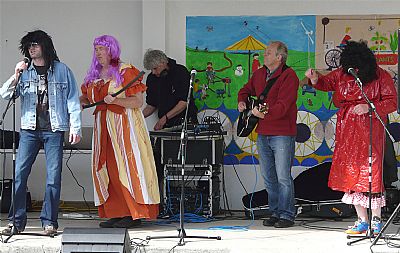 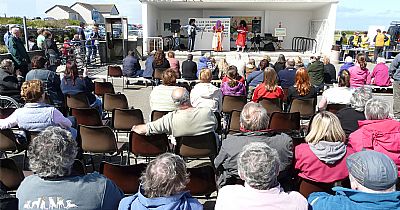 (Skid) Clarke had the most hectic weekend

of anyone – he was one of the Sanday

Ranger float – not Still Game, but the Burd

Watchers (and how the Ranger must envy

them their close-ups of that pair of

Red-rumped Swallows), then he

masterminded Sanday’s victory at the Eday

Fives, and returned for the Bikeshed gig!

followed by the auction of a Bill McArthur

seascape – and together these two events

helped to keep the Soulka balance-sheet

positive. Special congratulations to the

and to the young lady whose daughter felt

a cookery-book would be a good birthday

present, but whose man thought she’d

prefer the beautiful painting of Lopness

the final reckoning, but are confident that

they raised over £600 during the weekend!

Sunday night at Kettletoft was scheduled

for ‘relaxing and unwinding’ – but the

throng was still in party-mood to enjoy 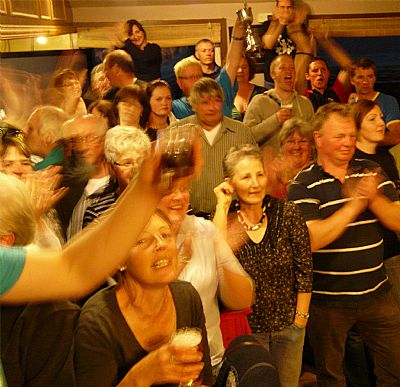 competition – and the open-air barbecues

and Strip-the-Willow; then the fantastic

Feast of Orkney fare on Sunday. If you

didn’t see all of the island’s 40 verge-side

planters this time, they will be even more