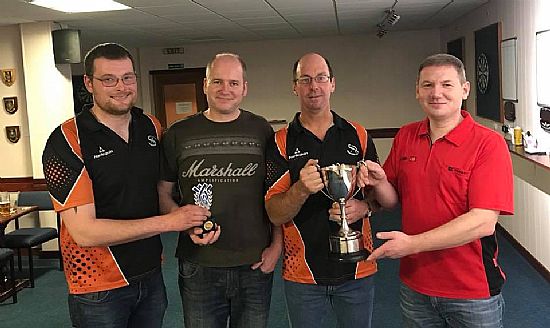 The first of the ranking points competitions of the year to gain qualification for the teams to play Shetland and the West was held in the Kirkwall legion on Friday night.
The Loutitt Singles attracted 44 entries, and some great darts were thrown on the night, with the odd shock results during the event to shake things up.
On to the semi-finals, Ian Linklater beat Paul Foubister in the first semi, with Leigh Shearer beating Stevie Linklater in the other.
The final saw Ian run out winner 5-1 against Leigh, finally winning the trophy, having being in the final for the last four years.
What a week that was in the Williamsons Butchers KDDL leagues!
With 47 180s hit across league and cup fixtures its safe to say the players are beginning to find their range.
A lot of close games in the 'A' league, most notably with the Bilco Boys picking up their first ever top flight points, and the Legion just pipping Sanday.
Wanderers travelled to the Tankerness Hall and managed to achieve their first ever whitewash, just getting the better of a despondent Quoyburray 'B'.
Down in the 'B' league, new boys Exiles trounced Tankerness, as did Murray Arms over the Vikings.
The teams that both dropped down last year could only draw with each other, and the Young Loons picked up points against an experienced Tigers side.