Amended critera for the 2016-17 season as discussed and agreed at the AGM. 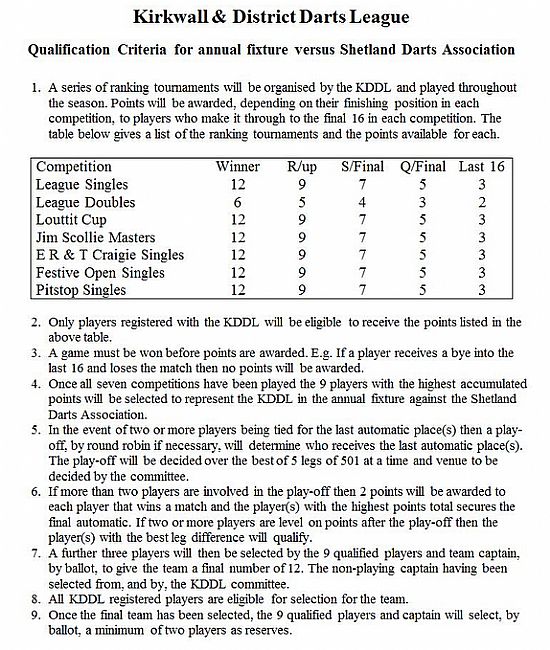 * A change endorsed at the 2017 AGM on Aug 17th 2017: The league doubles is no longer a ranking points event. It will still however be played. In its place a new singles event will be held, the Taylor Singles, donated and presented by league president Craig Taylor.