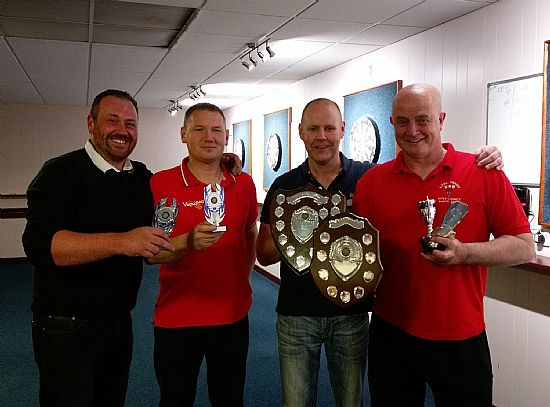 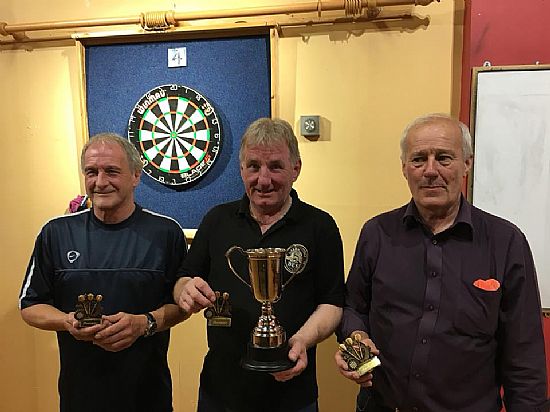 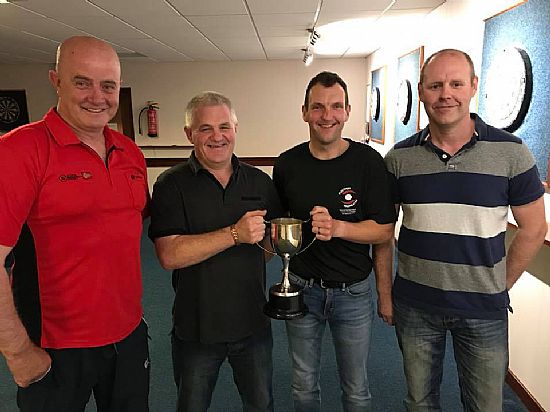 As the new league season gets ever closer, last week saw the cricket version of darts take the fore.  The 'A' league boys bulled up on Monday in the Lynnfield Cup, and in their first appearance of the season, it was defending league champions the Legion who came away with the silverware, beating Sanday in the final.  The following night RBL2 triumphed in the final of the Foubister cup by defeating Quoyburray.

Kevin Gray won the cricket singles on Friday night, beating Derek Firth 2-0 in the final. They then combined forces to beat Craig Taylor and Ben Hogan in the doubles final by the same score.

With the players now starting to find their range at last after the summer layoff, there were several 180s scored, and Kevin Gray and Brian Moar both managed the rare feat of hitting three bulls in one throw.

On Friday, the inaugural Jimmy Miller Memorial open singles takes place in the Kirkwall Legion in memory of the darts legend and absolute gentleman who we very sadly lost earlier this year.

Jimmy was a founding committee member of the KDDL, past president, honorary president, and the only man to play every year for the 50 year existence of the league, winning numerous titles along the way.

This is open to all players and not restricted to KDDL members, with the cup very kindly donated to the league by Jimmy’s family.