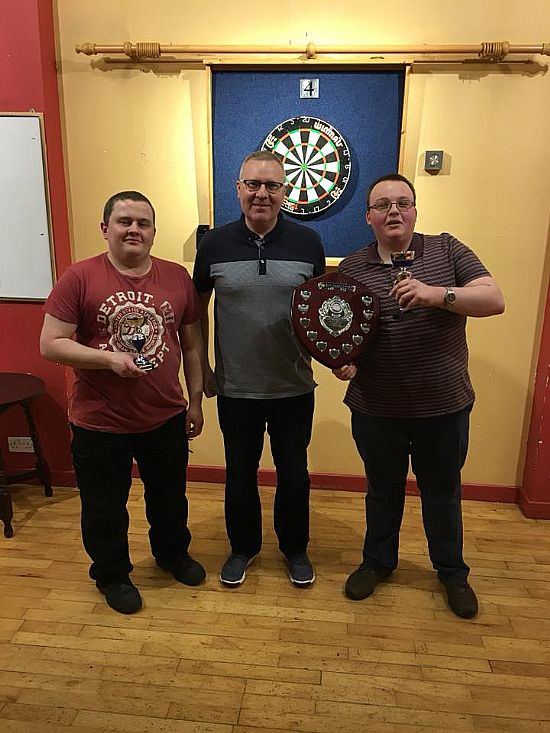 A good turnout on Friday night for the Albyn Singles held the Masonic saw 27 B league players enter the competition.
Winner was Mark Shearer who beat Lee Macpherson 5-4 in the final. It was a great close final which saw Mark scoring two 180s and having a 15 dart leg on his way to winning the title.
The Legion returned to winning ways at the top of the ‘A’ league this week, a hat-trick of 180s by Kevin Gray helping them to an 11-1 win over the Arrows.
The Commodores closed the gap on second placed Orkney Golf Club by beating Quoyburray ‘B’ 10-2.
Meanwhile two close encounters occurred in the Masonic, with a rip snorting tie between the two Untouchables sides ending with Untouchables ‘A’ coming out 8-4 winners.
Better finishing from Sanday saw them nick the last two games against Wanderers to pinch a 7-5 victory.
Across the fourth barrier the Murray Arms won their local derby against neighbours Sands 11-1, and moved top of the ‘B’ league once more.
Nomads returned to action this week and moved second, but the Young Loons made them work hard for a 7-5 win.
The youngsters will feel hard done by as this was their third 7-5 loss in a row, and their sixth in total this season, but a positive sign that they are not far off the pace this year. Tankerness slipped to third as fourth placed Vikings held them to a single point, but both sides remain firmly in the title hunt.
With Bilco Boys having their week off, the Muppets had a great chance to overtake them into fifth, but came up against a resolute Sanday ‘B’ team and both settled for a share of the points.
Finally, Streamline chalked up ten games against the Ale Stars to take the victory in their match.
This Friday sees the inaugural Taylor Singles ranking competition take place in the Legion, the trophy being presented by KDDL league President Craig Taylor, and taking the place of the League Doubles as a ranking competition.
Then a week on Friday it is the turn of the young guns of Orkney to stake a claim for the Under 30’s open singles title, with Erlend Lennie reportedly extremely keen to retain his crown amongst a growing number of up-and-coming talented players.