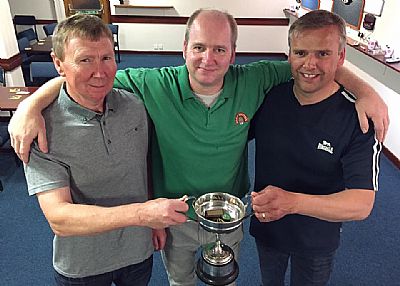 The KDDL darts season got underway last week with two competitions taking place on Monday and Tuesday of last week.
Despite the summer break, the darts were anything but rusty, and some close highly competitive matches took place.

On Monday in the Legion, it was the Commodores who claimed the silverware in the first cup competition of the new darts season, the 3 a side Allied Hotels Cup, beating the Legion A team in the final.
Being a 3 man cup, 10 teams entered on the night, including two from the Legion and two from The Wanderers.
There were 7 180's scored on the night, the first of the season was by Stevie Linklater.
There were 6 ton plus finishes, with a table topping 152 from The Commodores Leigh Shearer.

On Tuesday the darts action switched to the Masonic Club for the B league St Ola Cup.
The cup was very well supported with ten teams also taking part.
In the final it was the Nomads who claimed the cup, beating the Bilco Boys in the final.
There were also two 180s thrown on the night.

Next week the A & B League compete together in the Spiers Cup, a team of four event, which is set to be played in the Masonic. Names by 7.30pm sharp.